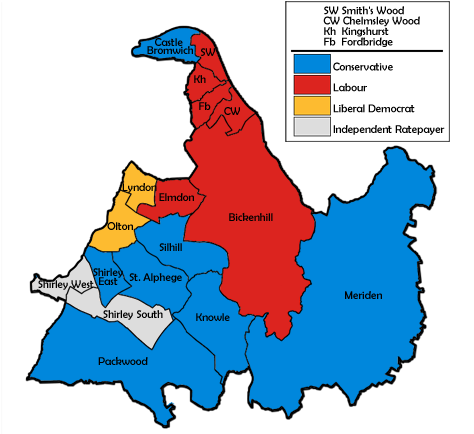 Map of the results for the 1990 Solihull council election.

The Solihull Metropolitan Borough Council elections were held on Thursday, 3 May 1990, with one third of the council to be elected. There had been a number of by-elections the previous year, with the net result being Liberal Democrat gains from the Conservatives in Shirley East and the Independent Ratepayers & Residents in Packwood. The Conservatives narrowly retained control of the council. Voter turnout was 49.5%.[1][2]