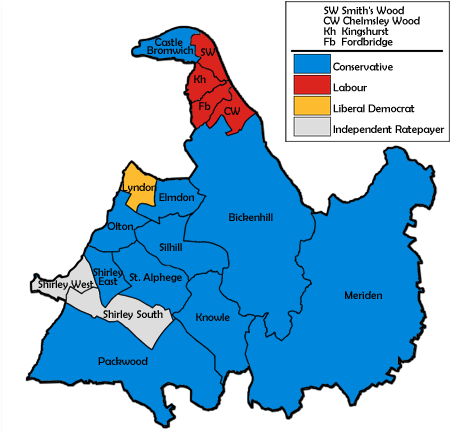 Map of the results for the 1992 Solihull council election.

The Solihull Metropolitan Borough Council elections were held on Thursday, 7 May 1992, with one third of the council to be elected. The council remained under no overall control with the Conservatives three seats short of a majority. Voter turnout was 37.8%.[1][2]