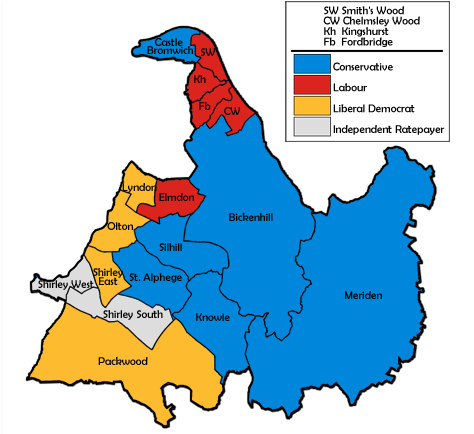 Map of the results for the 1996 Solihull council election.

The Solihull Metropolitan Borough Council elections were held on Thursday, 2 May 1996, with one third of the council to be elected. The council remained under no overall control, with the Conservatives and Independent Ratepayer and Residents no longer holding enough seats to continue their coalition. Voter turnout was 35.4%.[1][2]