Aisling Clíodhnadh O'Sullivan (born 16 March 1984), known professionally as Aisling Bea (/ˈæʃlɪŋ ˈbiː/ ASH-ling BEE),[3] is an Irish comedian, actress and writer. She created, wrote and starred in the comedy series This Way Up on Channel 4.[4][5] As a stand-up comedian, she won the "So You Think You're Funny?" award at the Edinburgh Fringe Festival in 2012, being only the second woman to win the award in its, then, twenty-five year history.[6] She also regularly appears on light entertainment comedy panel shows such as QI and 8 Out of 10 Cats.

Bea was born in Kildare, Ireland.[7][8][3][9] Her father, Brian, was a horse veterinarian who died by suicide when Bea was three years old; she was not told how he had died until she was 13.[10][11] She adopted the stage surname "Bea" as a tribute to her father, taking it from a short form of his first name.[12][13] Bea and her younger sister, Sinéad,[12] were raised by their mother, Helen (née Moloney), a secondary school teacher who had previously trained jockeys at the Racing Academy and Centre of Education[14] and was herself a professional jockey.[13] Her family was "obsessed" with horses and race meetings.[15] In her youth, Bea worked as a tour guide at the Irish National Stud, but knew from a young age that she was not interested in the horse racing industry and instead loved performing.[10] Her great-aunt was playwright Siobhán Ní Shúilleabháin,[16] and musician Liam O'Flynn was a family friend.[17]

Bea was educated at Presentation Secondary School, Kildare Town, a Catholic school,[18] and studied French and philosophy at Trinity College Dublin.[19][20] While there, she was part of a student sketch comedy group.[21] She then studied at the London Academy of Music and Dramatic Art (LAMDA).[22]

After graduating from drama school, Bea spent two years trying to get work in theatre as a dramatic actress.[23] Instead, she was cast mainly in comedic television series including Cardinal Burns and Dead Boss (both 2012).[18] While filming Dead Boss in 2011, Bea decided to try stand-up comedy.[18][24] In 2012, she won The Gilded Balloon So You Think You're Funny award at the Edinburgh Festival Fringe[25] and, in 2013, was nominated for Best Newcomer at the Edinburgh Comedy Awards for her show C'est La Bea.[26]

The exposure brought by these awards and festival appearances marked a "turning point" in Bea's career[22] and she began to appear as a regular guest on panel shows including QI and Insert Name Here.[27] Bea and Yasmine Akram co-wrote and co-hosted the BBC Radio 4 comedy folklore series Micks and Legends (2012, 2015);[28] it was nominated for a Chortle Award in 2013.[29] Bea won the 2014 British Comedy Award for Best Female TV Comic[30] and returned to Edinburgh in 2015 with the live show Plan Bea.[31] In 2016, she became a team captain on 8 Out of 10 Cats[32] and was a cast member on Taskmaster in 2017.

For her work on This Way Up, Bea won the Bafta 2020 British Academy Television Craft Award for Breakthrough Talent.[37][38] 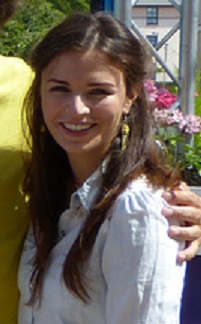 Since 2016, Bea has been a team captain on 8 Out of 10 Cats, having previously been a guest on the show in 2013 and 2014. She has made guest appearances on many other panel shows, including: