Burton Kendall Wheeler (February 27, 1882 – January 6, 1975) was an attorney and an American politician of the Democratic Party in Montana, which he represented as a United States senator from 1923 until 1947.[1] He returned to his law practice and lived in Washington, D.C., for his remaining years.

Wheeler was an independent Democrat who initially represented the left wing of the party, receiving support from Montana's labor unions. In 1923, he played a crucial role in exposing the Harding administration's unwillingness to prosecute people involved in the Teapot Dome scandal.[2] He ran for vice president in 1924 on the Progressive Party ticket headed by Wisconsin Republican Robert La Follette Sr. An ardent New Deal liberal until 1937, he broke with President Franklin D. Roosevelt on the issue of packing the United States Supreme Court. In foreign policy from 1938 to 1941 he became a leader of the non-interventionist wing of the party, fighting against entry into World War II until the attack on Pearl Harbor.

Wheeler was born in Hudson, Massachusetts, to Mary Elizabeth Rice (née Tyler) and Asa Leonard Wheeler.[3] He grew up in Massachusetts, attending the public schools. He first worked as a stenographer in Boston.

He traveled west to attend University of Michigan Law School, where he graduated in 1905. He initially intended to settle in Seattle, but after getting off the train in Butte, Montana, he lost his belongings in a poker game. The new attorney settled there and began practicing law.[4][5]

Wheeler was elected as a Montana state legislator in 1910, and in that position, he gained a reputation as a champion of labor against the Anaconda Copper Mining Company that dominated the state's economy and politics. He was appointed as a United States Attorney. During his tenure, he refused to prosecute alleged sedition cases during World War I, arguing that to do so would violate free speech. His refusal is significant as Montana was a stronghold of the Industrial Workers of the World. In other parts of the country, IWW membership was suppressed under the Sedition Act. Wheeler's defense of free speech was seen as unpatriotic if not treasonous by conservatives. He further riled conservatives when he served as defense attorney for William F. Dunne, a socialist newspaper editor who was accused of sedition. Wheeler's actions made him unpopular in the pro–World War I political climate, and he was forced to resign his office as a U.S. attorney in October 1918.[6] 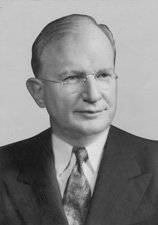 In 1920, Wheeler ran for Governor of Montana, easily winning the Democratic primary, and he won the support of the Non-Partisan League in the general election. The ticket included a multi-racial set of candidates, unusual for 1920, including an African American and a Blackfoot Indian.[7] Wheeler was defeated by Republican former U.S. Senator Joseph M. Dixon.[5]

Wheeler ran as a Democrat for the Senate in 1922, and was elected over Congressman Carl W. Riddick, the Republican nominee, with 55% of the vote. He broke with the Democratic Party in 1924 to run for Vice President of the United States on the Progressive Party ticket led by La Follette. They carried one state—La Follette's Wisconsin—and ran well in union areas and railroad towns.

Early on in his career as a U.S. senator, Wheeler played a leading role in exposing the Harding administration's unwillingness to prosecute administration officials involved in the Teapot Dome scandal. His special committee held sensational Senate hearings regarding bribery and other corruption in Attorney General Harry M. Daugherty's Justice Department, which ultimately resulted in the indictment of Daugherty and others.[8][9] In 1925, Wheeler faced investigation, without major impact, by Blair Coan, a Justice Department investigator from Chicago, who suspected Wheeler of involvement in communist conspiracy.[10][11][12][13][14] In an otherwise negative assessment of Wheeler's career and views, journalist John Gunther called the indictment "pure vindictive retaliation, a frameup," laying the blame upon Attorney General Daugherty.[15]

Wheeler returned to the Democratic Party after the election, which Republican Calvin Coolidge won in an Electoral College landslide. He served a total of four terms and was re-elected in 1928, 1934, and 1940.

In 1930, Wheeler gained national attention when he successfully campaigned for the reelection to the U.S. Senate of his friend and Democratic colleague Thomas Gore, the colorful "Blind Cowboy" of Oklahoma. Wheeler supported President Franklin D. Roosevelt's election, and many of his New Deal policies. He broke with Roosevelt over his opposition to the Judicial Procedures Reform Bill of 1937, and also opposed much of Roosevelt's foreign policy before World War II. In the 1940 presidential election, there was a large movement to "Draft Wheeler" into the presidential race, possibly as a third party candidate, led primarily by John L. Lewis.[citation needed]

In 1938, Wheeler introduced Senate Resolution 294, a "sense of the senate" statement that, in order to ensure fair competition, AM radio stations in the United States should be limited to a transmitter power of 50,000 watts.[16] Now commonly known as the Wheeler resolution, it was approved on June 13, 1938[17] and the next year the Federal Communications Commission implemented a 50,000 watt cap, which still remains in force.[18]

He supported the isolationist America First Committee, appearing to give the Nazi salute at a rally for the committee in 1941.[20] As chair of the "Wheeler Committee" (formally, the Subcommittee to Investigate Railroads, Holding Companies, and Related Matters of the United States Senate Committee on Interstate and Foreign Commerce),[21] Wheeler announced in August 1941 he would investigate “interventionists” in the motion picture industry, which was interpreted as anti-Semitic. He questioned why so many foreign-born men were allowed to shape American opinion. "Critics charged that the Committee was motivated by animus to Jewish studio heads."[22] Representing the studios was 1940 Republican Presidential candidate Wendell Willkie who charged that Wheeler and other critics sought to impose the same kind of censorship that Nazi Germany was enacting all over Europe. Wheeler also led the attack on Roosevelt's Lend Lease Bill, charging that if passed "it would plow under every fourth American boy".[23] Roosevelt in response charged that Wheeler's statement was "the damnedest thing said in a generation".

After the start of World War II in Europe, Wheeler opposed aid to Britain or the other Allies, already fighting in the war. On October 17, 1941, Wheeler said: "I can't conceive of Japan being crazy enough to want to go to war with us." One month later, he added: "If we go to war with Japan, the only reason will be to help England." The United States Army secret Victory Program was leaked on 4 December 1941 to Wheeler, who passed this information on to three newspapers.[5][24]

Following Japan's attack on Pearl Harbor, Wheeler supported a declaration of war saying, "The only thing now to do is to lick the hell out of them."[25]

In 1945, Wheeler was among the seven senators who opposed full United States entry into the United Nations.[26]

Wheeler sought renomination in 1946 but was defeated in the Democratic primary by Leif Erickson, who attacked Wheeler as insufficiently liberal and for his "pre-war isolationist" views. Erickson in turn was defeated by Republican state representative Zales Ecton.

On September 15, 1950, Wheeler served as counsel to fellow Democrat from Minnesota Max Lowenthal during the latter's testimony before the House Un-American Activities Committee.[27]

Wheeler did not return to politics, nor full-time to Montana, but took up his law practice in Washington, D.C. Aided by research by his daughter, Frances (died 1957), Wheeler wrote his autobiography, with Paul F. Healy, Yankee from the West, published in 1962 by Doubleday & Company. He dedicated the book to his wife and daughter.

Wheeler married Lulu M. White. They had six children: John, Elizabeth, Edward, Frances, Richard and Marion. Frances helped her father with his research for his autobiography, Yankee from the West: The Candid, Turbulent Life Story of the Yankee-born U.S. Senator from Montana, which he published in 1962 and dedicated to her and his wife.[28]

Wheeler died age 92 on January 6, 1975, in Washington, D.C., and is interred in the District of Columbia's Rock Creek Cemetery.[29] His Butte home is a National Historic Landmark in recognition of his national political role.[30]

In 2004, political writer Bill Kauffman of The American Conservative described Wheeler as having been notable as an "anti-draft, anti-war, anti-big business defender of civil liberties".[31]