Overview of the film industry in Hamilton, Ontario, Canada
This article's tone or style may not reflect the encyclopedic tone used on Wikipedia. See Wikipedia's guide to writing better articles for suggestions. (February 2017) (Learn how and when to remove this template message)

Hamilton, Ontario, Canada, has become a popular destination for the television and film industry, attracting dozens of film and television productions each year.[1]

Hamilton has steadily grown as a filming location due in part to the existence of a regional tax incentive.[2][3]

In 2007 the city launched a new ad campaign called "HAMILTON: FILM, Why Shoot Anywhere Else?"[5] Awards have been received from the Association of Film Commissioners International and the Economic Development Association of Canada.[6] Hamilton has a dedicated office geared towards assisting those in the film and music industry.[7] 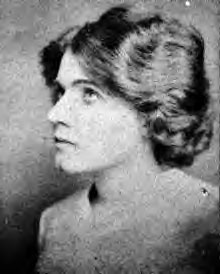 Local TV station CHCH introduced Canadians to Smith & Smith, which featured Steve and Morag Smith (the former better known from his stint as Red Green). The Hilarious House of Frightenstein was a Canadian children's television series which was also produced by CHCH in 1971. It was syndicated to television stations across Canada and the United States, and occasionally still appears today in some TV markets. The show's cast included Billy Van, Fishka Rais, Guy Big, Mitch Markowitz, Vincent Price, and Julius Sumner Miller. One hundred and thirty episodes of the series were made in a nine-month span starting in 1971. Don Cherry's Grapevine began airing on CHCH TV in the 1980s and shot on location at CHCH TV's Telecentre on King Street West and then at CHCH's main studio on Jackson Street West. The production then moved (including the original set and bar) to the restaurant Cherry had in town, also called "Don Cherry's Grapevine". The restaurant was on Main Street East. CHCH also produced local broadcasts such as Tiny Talent Time and Party Game.[9]

Power Play was a Canadian television drama series that aired on CTV from 1998 to 2000. The show starred Michael Riley as Brett Parker, a former New York City sports agent who became the general manager of a (fictional) National Hockey League franchise, the Hamilton Steelheads.[10]

A number of Hamiltonians played a part in the early development of Hollywood, including Jean Adair (1873–1953),[11] Julia Arthur (1868–1959),[12] Douglass Dumbrille (1889–1974),[13] and Florence Lawrence (1890–1938) who was a silent film actress and often referred to as "Hollywood's First Movie Star". She was also known as "The Biograph Girl" and "The Girl of a Thousand Faces". During her lifetime, Lawrence appeared in more than 270 films for various motion picture companies.[14] Del Lord (Grimsby, Ontario) was an early Hollywood film director and actor, best known as a director of Three Stooges films. Interested in the theatre, he travelled to New York City; when fellow Canadian Mack Sennett offered him a job at his new Keystone Studios, Lord went on to work in Hollywood, California. There he played the driver of the Keystone Kops police van, appearing in several of the successful films.[15]

Modern-day contributions to Hollywood by Hamiltonians include SCTV alumni Eugene Levy, Martin Short, and Dave Thomas. All three attended McMaster University along with John Candy in the 1970s.[16] Well-known movie directors and producers in Hollywood from Hamilton are Daniel Goldberg (Space Jam, Twins) and Slovakian-born, Canadian-raised Ivan Reitman. Reitman is most remembered for directing and producing a string of comedies, mostly in the 1980s and 1990s (Meatballs, Stripes and Ghostbusters). Reitman is also a founder of the McMaster Film Board at McMaster University.[17] Reitman and Goldberg have worked together in the past on a number of film productions and continue to work together today as partners in the production company Northern Lights Entertainment.[18][19][20] Others include Kathleen Robertson, best known for her work on 90210(1994–1997) and 2002 crime film Torso: The Evelyn Dick Story and Stana Katic best known for her role as Detective Kate Beckett on ABC's Castle.

Many of the streets of Hamilton are used for a number TV/ film shoots. Some examples of these are listed below:

In 1999, Detroit Rock City, starring the rock group Kiss, was filmed at the Copps Coliseum arena on Bay Street North.[21][22] In 2004, Copps Coliseum was used again to film Meg Ryan's Against the Ropes.[23]

In 2000, LIUNA Station reopened the James Street North Canadian National rail station as a banquet hall. In 1996 the station was used for the most expensive film ever made in Canada to that time, The Long Kiss Goodnight, which cost US$$95,000,000 to make and starred Samuel L. Jackson. Also in 2000, X-Men, featuring Hugh Jackman and Patrick Stewart, shot some of its scenes at LIUNA Station.[24][25] Also that year, parts of Sean Connery's Finding Forrester was filmed inside the gymnasium of Cathedral Secondary School on King Street East and Copps Coliseum arena stands in for Madison Square Garden in the film.[26]

In 2001, the Steven Seagal film Exit Wounds used the streets of Downtown Hamilton for a period of six weeks for a night shoot of the movie's climatic chase scene that features the Gore Park water fountain and the Hamilton GO Transit station (the original site of the Toronto, Hamilton and Buffalo Railway from 1892 to 1987).[27] At the same time, around the corner, the second unit was shooting a rapid-fire car crash involving a motorcycle, a car, and a couple of dumpsters. Downtown Hamilton had been invaded by the cast and crews of "Exit Wounds," but no one seemed to mind and even though it was the middle of the night, a huge crowd was on hand to cheer the performers on.[28][29]

In 2005, zombie movie Resident Evil: Apocalypse was partly filmed at the Hamilton Cemetery on York Boulevard, across the street from Dundurn Castle and Dundurn Park. Also in 2005 the Mark Wahlberg film Four Brothers was filmed mostly in Hamilton's North End neighborhoods, north of the Canadian National Railway lines, and featured Stelco and Dofasco's steel mills as a backdrop. Also that year Ron Howard's Cinderella Man starring Russell Crowe filmed the dock workers scene on the boardwalks of one of the piers of Hamilton Harbour.

For the 2006 movie Man of the Year, starring Robin Williams and Christopher Walken, some scenes were shot throughout Dundas, Ontario and most of Downtown Hamilton.

In 2006, the Disney film Firehouse Dog was filmed at the old Westinghouse headquarters building (1903–1997), on Wentworth Street North, (entrance one block east on Sanford Avenue) which featured the firehouse dog jumping off the roof of the burning building.

In 2007, the film The Incredible Hulk was filmed on Main Street East — a two-week night shoot that featured the film's climactic fight scene between the Hulk and Abomination. Temporary buildings were erected by the film's crew on parking lots behind the Royal Connaught Hotel building on the north side of Main as well as across the street on the southwest corner of Main and John Streets. The streets of Hamilton were made to look like Harlem, New York. The film was released in June 2008.[30][31][32][33][34][35][36][37][38][39]

The DeLuxe Restaurant was a nostalgic 1950s-style diner found on King Street (Dundas), used primarily for film shoots. A number of feature films and television productions have been shot there in Dundas.[40] In 2006 the NBC television serial drama, The West Wing, directed by Christopher Misiano and starring Jimmy Smits and Bradley Whitford was shot here at this location.

Also in 2006, Man of the Year, a political thriller/comedy movie directed by Barry Levinson and featuring Robin Williams and Christopher Walken was shot here.[41] As well, Molly: An American Girl on the Home Front, the third movie in The American Girl Movie Collection, tagged as a Disney Channel Original Movie was shot here. It was directed by Joyce Chopra and stars Molly Ringwald.[42]

In 2007, parts of Closing the Ring, a film directed by Richard Attenborough and starring Shirley MacLaine, Christopher Plummer and Neve Campbell was shot in Dundas and at the DeLuxe Restaurant.[43] Also in 2007, CIBC Bank used the restaurant for a TV commercial shoot. After years of sitting closed and serving the film industry on occasion, the DeLuxe Restaurant underwent extensive renovations and opened as Thai restaurant Bangkok Spoon in 2009.[44]

All of the "Good Witch" films were filmed in and around Dundas.

Founded in 2007, Digital Canaries began as a film production company. [1] In 2015, they pivoted, no longer creating their own productions, they instead began creating "a filmmaker’s playground". Focused on serving the needs of the film, TV, and indie media production industries, they now specialize in hard-to-find and harder-to-shoot locations. As of 2021, Digital Canaries is operating six separate and unique filming locations. Five of these locations are Hamilton-based including a 100,000sqft warehouse containing various film locations and standing sets, a bar with upstairs apartment and large patio, a full size banquet hall, and two school properties. Dundas is home to Digital Canaries’ remaining location: a farmhouse containing abandoned house sets, dark tunnels, apocalyptic looking land and more. Digital Canaries’ standing sets include hospital rooms/hallways, a pharmacy, morgue, police bullpen, evidence locker, jail cells, interrogation room, bar set, apartment, news anchor set, offices and more. Digital Canaries also operates a prophouse with over a million items and counting including furniture, kitchenware, shop/industrial props, medical equipment/tools, military gear, various decor, and more. Planes, Jets, and related props are a specialty of Digital Canaries; their warehouse is currently home to a Boeing 727 with 30’ fuselage and full cockpit, Falcon 10 jet, Falcon 20 jet, and a flight simulator. In addition to their prophouse they also have a wide variety of wardrobe options ranging from casual wear, evening dress, and wedding attire, to first responder uniforms, and continuity wardrobe. Owned and operated by CEO Simon Winterson and backed by a small but dedicated team of employees, Digital Canaries continues to work towards growing Hamilton's TV and film industry.

In March 2008, a brand new film studio opened up on 525 Parkdale Avenue North called, Steel Work Studios. It was supposed to be a full service film studio with 13 departments to meet the needs of the TV and film industry which included a talent agency for extras and talent called, 'Cast In Steel.'.[45] The group involved with Steel Work Studios were very optimistic about the studio noting that in 2007 TV and film was a $1-billion industry in Ontario and 40% of that was in Hamilton, Ontario.[46] Three months later the facility closed down and no official word was given for its closure.

In recent years there has been talk of converting the 500,000-square-foot (46,000 m2) facility on Victoria Avenue North that was one time home of the Otis Elevator Company and Studebaker plant into a Mega-Film Studio. In 2004 a group of local investors were ready to open up the $30-million facility named Hamilton Film Studios but pulled out two months after it opened up. One of the main reasons was they overestimated the appeal of the site, in that the interior had too many support beams, making the space impractical for productions requiring wide, uninterrupted expanses.[47]

In December 2019, Hamilton Film Studios (commonly known as HFS) was opened at 400 Wellington St. North in downtown Hamilton by friends and filmmakers Zach Zohr, Graham Purdy and Ken Woychesko. The studio supports all film from Hollywood productions to indie movies, music videos to commercials. HFS also has a location in Dundas, a retail store in Hamilton (which caters to filmmakers) and an abundance of top notch rental gear and location support. It has helped to reinvigorate the film scene in Hamilton and has been praised for inserting a true film vendor in the city.

The following is a partial list of films and television programs shot in Hamilton, Ontario, and their release dates: