The green leaves, white flowers and red berries of the strawberry tree, whose colors recall the flag of Italy: for this reason this bush is considered one of the Italian national symbols.[1] The strawberry tree, which is native to the Mediterranean region, is the national tree of Italy.[1]

The flora of Italy is all the plant life present in the territory of the Italian Republic. The flora of Italy was traditionally estimated to comprise about 5,500 vascular plant species.[2] However, as of 2019[update], 7,672 species are recorded in the second edition of the flora of Italy and in its digital archives Digital flora of Italy.[3] In particular, 7,031 are autochthonous and 641 are non native species widely naturalized since more than three decades. Additionally, further 468 exotic species have been recorded as adventitious or naturalized in more recent times.

Geobotanically, the Italian flora is shared between the Circumboreal Region and Mediterranean Region. According to the index compiled by the Italian Ministry for the Environment in 2001, 274 vascular plant species were protected. Italy has 1,371 endemic plant species and subspecies.

Italy is one of the richest European countries in both plant and animal biodiversity, with a population very rich in endemic forms.[4] During the Pleistocene glaciations, the Italian territory remained largely free of ice, which allowed the flora and fauna to survive, something that did not happen in the central-northern areas of the continent, and the retreat of the great glaciers has left glacial relict fauna in some mountain locations.[5]

The Italian territory extends over about 10° of latitude, therefore, while remaining in the context of temperate climates without extremes of heat, cold or aridity, the climatic difference between the north and the south of the country is not at all negligible, going from the nival climates of the Alpine peaks, to the cool semi-continental temperate climate of the Po Valley, to the Mediterranean climate of the central-southern coasts and the islands.[6] Italy is predominantly hilly and mountainous in nature of the territory, which has caused a proliferation of ecological niches, close in space but very diversified.[7] Italy consists of a 1,000 km (620 miles) long peninsula extending out into the central Mediterranean, together with a number of islands to the south and west. The Apennines run north-south through the peninsula connecting the Alps in the north to Etna and the Peloritani mountains in Sicily in the south. The geology is diverse.

Northern Italy is dominated by the Alps and an extensive valley of the Po river which is extensively agricultural and industrialised. Central Italy includes the regions of Tuscany, Umbria, Marche and Lazio. It is dominated by the Apennines, from which a few major rivers flow. There are few natural plains. A process of land reclamation has replaced the coastal swamps and marshes with agricultural land.

Southern Italy includes the regions of Abruzzo, Molise, Apulia, Basilicata, Calabria and Campania. Agriculture and industry are less developed. The main islands are Sicily, Sardinia and the Aeolian Islands.

Because of the length of the Italian peninsula and the mostly mountainous hinterland, the climate of Italy is highly diverse. In most of the inland northern and central regions, the climate ranges from humid subtropical to humid continental and oceanic. In particular, the climate of the Po valley geographical region is mostly continental, with harsh winters and hot summers.[8][9] The coastal areas of Liguria, Tuscany and most of the South generally fit the Mediterranean climate stereotype (Köppen climate classification). Each region has a distinct flora. In Italy Carlo Blasi et al. identified and mapped two divisions (Temperate and Mediterranean), 13 provinces, 33 sections and approximately 80 subsections. Each unit has an alphanumeric code that indicates its hierarchical level and a full name that indicates its geographic location and main diagnostic factor.[10] The peninsula and islands are dominated by the characteristics of the Mediterranean climate, with mild and rainy winters and very warm and dry summers. On the contrary, the north of Italy has lower temperatures in winter and a more uniform distribution of rainfall during the summer.

The last ice age, the Würm Glaciation, in the Alps ended about 12,000 years ago, and one can still recognize its influence on vegetation, in particular by means of glacial relict species. A well known example is the Etna birch (Betula aetniensis), driven in Sicily at a time when the climate was much colder.

Broadly there are three different vegetational zones of forests or bushes in Italy: There are also plant associations almost treeless: grasslands, pastures, deserts. In the mountains, gradually, the forest turns in mountain pastures, scattered in various shrubs (e.g. Pinus mugo, rhododendrons, junipers) and dotted with small colorful flowers. Higher up are the montane grasslands and even areas similar to a desert because they have no or almost no vegetation (rocks, glaciers).

Italy has around 6,711 (6,759) species of vascular plants (Conti et al., 2005 An inventory of vascular plants endemic to Italy), preceded only by the Iberian Peninsula and Balearic Islands with around 7,500 vascular plant taxa (species and subspecies) (Castroviejo 2010 Flora Iberica). In Greece, the number of species is around 5,700 (Strid and Tan, 1997 Flora Hellenica) and in France, there are 4,630 species (Walter and Gillett, 1998 1997 IUCN red list of threatened plants). Per unit area Greece is the country with the highest concentration of native plant species. 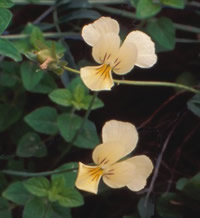 Habitat loss, fragmentation and degradation are the most significant threats to plant species that occur in Italy. Also changing water flow patterns and over-extraction, increasing droughts due to climate change, pollution and the introduction of alien species threaten the flora. Other threats come from farming (as a result of agricultural expansion and intensification), urbanization and tourism.[12]

The actions of man since Roman times have resulted in the destruction of most of the lowland forests and hills, the expansion of pastures, and the extinction of many species and in the introduction of exotic species which are then naturalized. For example, the Indian fig opuntia (Opuntia ficus-indica), is now common in the warmer parts of the Southern Italy. Also, the invasive false Acacia (Robinia) is widely spread. National and regional parks in Italy

Italy is a signatory to the Berne Convention on the Conservation of European Wildlife and Natural Habitats and the Habitats Directive both affording protection to Italian fauna and flora. National parks cover about 5% of the country,[13] while the total area protected by national parks, regional parks and nature reserves covers about 10.5% of the Italian territory,[14] to which must be added 12% of coasts protected by marine protected areas.[15] The Department of Biology of the University of Trieste houses the National Data Bank for the Italian Flora and Vegetation. The most important botanical gardens and arboretums in Italy are:[17] The gardens of Isola Bella, Stresa

The Italian garden is stylistically based on symmetry, axial geometry and on the principle of imposing order over nature. It influenced the history of gardening, especially French gardens and English gardens.[18] The Italian garden was influenced by Roman gardens and Italian Renaissance gardens. The most important historic gardens in Italy are:[19][20]