The Genographic Project, launched on April 13, 2005 by the National Geographic Society, was a genetic anthropological study (sales discontinued May 31, 2019) that aims to map historical human migration patterns by collecting and analyzing DNA samples.[1] The current phase of the project is Geno 2.0 Next Generation.[2] Upon retirement of the site, 1,006,542 participants in over 140 countries had joined the project. Created and led by project director Spencer Wells in 2005, The Genographic Project is a privately funded, not-for-profit collaboration between the National Geographic Society and the Waitt Foundation. Field researchers at eleven regional centers around the world first began by collecting DNA samples from indigenous populations. Since the fall of 2015, the Project has been led by Miguel Vilar.

In fall 2012, the Genographic Project announced the completion of a new genotyping array, dedicated to genetic anthropology, called GenoChip. GenoChip is specifically designed for anthropological testing and includes SNPs from autosomal DNA, X-chromosome DNA, Y-chromosome DNA and mitochondrial DNA (mtDNA). The design of the new chip was a collaborative effort between Wells of National Geographic, Eran Elhaik of Johns Hopkins, Family Tree DNA, and Illumina.[3]

In the fall of 2015, a new chip was designed as a joint effort between Vilar, current Genographic Lead Scientist, and Family Tree DNA.

In the spring of 2019, it was announced the Geno project has ended but results will still be up until 2020. In July of 2020 the site was retired.

In 2016, the project began utilizing cutting-edge[2] Helix DNA sequencing for Geno 2.0 Next Generation,[2][5] the current phase of the Genographic Project. As compared to earlier phases which used nine regional affiliations, Geno 2.0 Next Generation analyzes modern-day indigenous populations around the world using either 18 or 22 regional affiliations.[6] Utilizing a DNA-collection kit, Helix acquires a saliva sample from a participant, which is then analyzed for genomic identifiers that offer unprecedented[2] insight into the person’s genetic origins.[2] The data is then uploaded to the Genographic Project DNA database.[2] 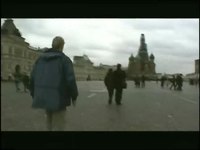 From 2005 to 2019 Genographic engaged volunteers (in fieldwork and providing DNA samples) and citizen science projects. During this time the National Geographic Society sold non-profit self-testing kits to members of the general public who wished to participate in the project as “citizen scientists”. Such outreach for public participation in research has been encouraged by organizations such as International Society of Genetic Genealogy (ISOGG), which is seeking to promote benefits from scientific research.[7][8][9] This includes supporting, organization and dissemination of personal DNA (genetic) testing.

The ISOGG supports citizen participation in genetic research,[10] and believes such volunteers have provided valuable information and research to the professional scientific community.[11]

In a 2013 speech to the Southern California Genealogical Society, Wells discussed its encouragement of citizen scientists:

Since 2005, the Genographic Project has used the latest genetic technology to expand our knowledge of the human story, and its pioneering use of DNA testing to engage and involve the public in the research effort has helped to create a new breed of "citizen scientist." Geno 2.0 expands the scope for citizen science, harnessing the power of the crowd to discover new details of human population history.[12]

Shortly after the announcement of the project in April 2005, the Indigenous Peoples Council on Biocolonialism (IPCB), based in Nevada, released a statement criticizing the project: spokespersons noted its connections to controversial issues (such as concern among some tribes that the results of genetic human migration studies might indicate that Native Americans are not indigenous to North America) raised by the Human Genome Diversity Project, which had government overview, unlike the privately-funded Genographic Project. The IPCB recommended against indigenous people participating.[13] It also recommended that indigenous peoples boycott IBM, Gateway Computers, and National Geographic, which at that time were collaborating on the Genographic Project.

In May 2006, some indigenous representatives went to the United Nations Permanent Forum on Indigenous Issues (UNPFII) to contest participation in genetic testing. A spokesman said,

"The Genographic Project is exploitative and unethical because it will use Indigenous peoples as subjects of scientific curiosity in research that provides no benefit to Indigenous peoples, yet subjects them to significant risks. Researchers will take blood or other bodily tissue samples for their own use in order to further their own speculative theories of human history".[1]

UNPFII conducted investigations into the objectives of the Genographic Project, and concluded that, since the project was "conceived and has been initiated without appropriate consultation with or regard for the risks to its subjects, the Indigenous peoples, the Council for Responsible Genetics concludes that the Indigenous peoples' representatives are correct and that the Project should be immediately suspended".[1]

Around May 2006, the UNPFII recommended that National Geographic and other sponsors suspend the project.[14][15] Concerns were that the knowledge gleaned from the research could clash with long-held beliefs of indigenous peoples and threaten their cultures. There were also concerns that indigenous claims to land rights and other resources could be threatened.

As of December 2006[update], some federally recognized tribes in the United States have declined to take part in the study. "What the scientists are trying to prove is that we're the same as the Pilgrims except we came over several thousand years before", said Maurice Foxx, chairman of the Massachusetts Commission on Indian Affairs and a member of the Mashpee Wampanoag. "Why should we give them that openly?"[14] Not all peoples agree with his position; as of December 2012[update], more than 70,000 indigenous participants from the Americas, Africa, Asia, Europe, and Oceania had joined the project.[6]