Gladstone is a city located in Clackamas County, Oregon, United States. The population was 11,491 at the 2010 census. Gladstone is an approximately 4-square-mile (10 km2) suburban community, 12 miles (19 km) south of Portland, the largest city in Oregon, and located at the confluence of the Clackamas and Willamette rivers.[6]

Gladstone has held several important cultural and social events, hosting both the inaugural Clackamas County Fair and the Oregon State Fair, before both were moved to more spacious locations.[7][8] Both Secretary of State William Jennings Bryan and presidential candidate Theodore Roosevelt have given public speeches in the city.[9]

Prior to European settlement, there were several Native American groups living in the area that was to become Gladstone.[10]

In 1804, President Thomas Jefferson commissioned the Lewis and Clark expedition to explore the Louisiana Territory and beyond.[11] Although the expedition passed only near the Gladstone – Oregon City locality on their way to and from the Pacific Ocean, via the Columbia River, natives such as the Kalapuya and the Clackamas people told them about the area.[12]

In the subsequent years, successive waves of explorers and traders would introduce epidemics of cholera and smallpox, which would take a heavy toll on the native peoples and contributed to a substantial reduction in population.[10]

As Oregon City was founded and European settlers began moving to the area, they petitioned their governments to remove the local natives from the land, so that the settlers could use it for farming and housing. The government allocated a reservation for the natives and re-appropriated Gladstone for redevelopment.[13]

As of 2014[update], the only extant remnant of the bygone natives is a large maple tree called the "Pow Wow Tree", which is listed as an Oregon Heritage Tree.[14] The tree still stands at Clackamas Boulevard, and is said to have marked the place where the different native tribes, mainly Clackamas and Multnomahs, met to make trading agreements, settle community affairs, and conduct wedding ceremonies. In 1860, the Pow-Wow Tree was the location set for the first Clackamas County Fair. The following year, it was used as a parade ring for the first Oregon State Fair and marked the entrance. In 1937, the tree itself was celebrated with the Gladstone Pow-Wow Festival.[9]

The earliest homesteads in the area were recipients of the Donation Land Claim Act. The Cason and the Rinearson families were the first settlers to receive their donation land claims in Gladstone. Peter M. Rinearson and his family owned the land between Jennings Lodge and the Clackamas River, and between the Willamette River and Portland Avenue.[9] Fendal Cason, who came to Oregon in 1843 and would go on to serve on in the Oregon Territorial Legislature, owned an area of equal in size east of Portland Avenue.[15]

Before Gladstone was formally founded, several small settlements were established in its vicinity. However, due to various natural disasters, such as fires and floods, few survived to become incorporated cities of today.

One such community was Linn City (originally named Robin's Nest). Settled in 1843 by Robert Moore, Robert himself built four flour and lumber mills along the banks of the Willamette. Warehouses, homes, and mills were steadily added until 1861, when a fire destroyed several of the buildings. Efforts at rebuilding the small town entirely ceased when the Great Flood of 1862 struck, wiping out the remaining buildings.[16][17]

Another such ill-fated settlement was Canemah, located near the Willamette Falls. Canemah prospered until 1861, when the same great flood swept most of the town over the falls. Even after reconstruction, much of the town's importance to river commerce ended in 1873 with completion of the Willamette Falls Locks. Ships no longer needed to dock and unload goods and passengers for portage around the falls. The remaining town officially survived until 1929, when it was annexed to Oregon City.[18] 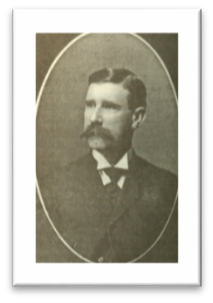 Gladstone was founded by Judge Harvey Cross in 1889, and formally incorporated on January 10, 1911. It was named after the British statesman William Ewart Gladstone.[19] Judge Cross laid out the city's first streets. Cross' home was built in the late 1840s by Fendal Cason, and Cross purchased it in 1862.[20] The Cason-Cross House later became Cochran Mortuary. Currently, Mr. Rooter, a plumbing service, occupies the space.[20] There is also a small park named after Cross, located at the same place one of the Indian tribes made its camp.[21]

In 1894, the Chautauqua movement made its way to Gladstone. Judge Cross established a fifty-year lease of Gladstone Park for this event after he was convinced by Oregon City author Eva Emery Dye that doing so would be a boon to the city and its people. Beginning on July 24–26, 1894, the newly formed Willamette Valley Chautauqua Association held an annual summer assembly that offered performances, lectures, and concerts.[22] This event would reoccur annually, until Gladstone's Chautauqua Park grew to be the third-largest permanent Chautauqua assembly park in the United States.[23]

In 1896, William Jennings Bryan drew a crowd of 6,000 to Gladstone's then 78-acre Chautauqua park to hear him give his popular lecture, "The Prince of Peace", which stressed that Christian theology, through both individual and group morality, was a solid foundation for peace and equality.[24][25]

With the advent of radio, improved transportation and the appearance of traveling vaudeville acts in Portland, attendance at the Chautauqua began to dwindle. In 1927, the Willamette Valley Chautauqua Association went bankrupt. Judge Cross died on August 7, 1927, and shortly thereafter, Gladstone Park, including its buildings and Chautauqua Lake, were sold to the Western Oregon Conference of Seventh-day Adventists.[23]

The city of Gladstone is immediately bordered by the following communities, listed in descending order of population:[6]

Although the above cities are generally considered part of the much larger Portland metropolitan area, Gladstone, Oregon City, West Linn, and Milwaukie each possess the population and production of a micropolis in their own right and this relatively dense sub-region contains a combined population exceeding 100,000 people.[27]

Despite Gladstone's proximity to the city of Milwaukie, at no point do the two share political boundaries.[6] This same set of Gladstone street names is used for the north–south main streets in the center of Back Bay, Boston, but the origin of any connection to Gladstone is unknown.

Being bordered by rivers on two sides, there are only two primary thoroughfares to and from the city. Interstate 205 runs north–south along the eastern edge of the city, while McLoughlin Boulevard (Oregon Route 99E) runs north–south through the western side.[6]

Taken at the suggestion of surveyor Sidney Smyth, Judge Harvey Cross decided to name a number of Gladstone streets after American colleges (e. g. University of California, Berkeley, Cornell University) and a number of United Kingdom dukes, earls, and universities (.e.g. University of Exeter, Earl of Dartmouth, Earl of Clarendon).[22] Portland Avenue, Gladstone's main street, is the only divergence from this naming convention. Named for the 1893 Interurban Electric Streetcar line that once traversed the street, it once transported passengers between Gladstone and Portland.[22]

The annual average temperature for Gladstone is 54.4 °F (12.4 °C), while the annual average precipitation is 46.3 inches (1,180 mm). According to the Köppen Climate Classification system, Gladstone has a warm-summer Mediterranean climate, abbreviated "Csb" on climate maps.[28]

KRYP is a Spanish-language FM radio station that broadcasts from the city.[35] Public safety and quality of life

Some polling data suggests that Gladstone citizens are satisfied with city services they receive and a large majority consider Gladstone a particularly "good/excellent" place to live.[36][37] Perhaps reflecting this support, the police, fire, and medical services levy renewal measures were overwhelmingly approved by voters in November 2012.[38][39][40]

Gladstone is served by the Gladstone School District, which includes John Wetten Elementary School, Kraxberger Middle School, and Gladstone High School. In 2006, a bond was passed to allow approximately $40 million worth of construction on the three schools.[41] The majority (approx. 26 million) of the money was applied towards a remodel of the high school.[41] The district later refinanced the bond, saving taxpayers over 5 percent on its total ($805,040), with savings to begin in the 2024 tax year.[42] The city operates a library that is part of the Library Information Network of Clackamas County. In 2012, the city council approved plans for a new $10 million library, but ballot measures backed by the group Save Gladstone blocked the financing and construction pending specific voter approval.[43][44] The city then placed a new measure on the November 2014 ballot for a $6.4 million option.[45]

Gladstone is within the TriMet transportation district, and transit service in the city is provided by TriMet bus routes 32-Oatfield,[47] 33-McLoughlin/King Road,[48] 34-Linwood/River Road,[49] and 79-Clackamas/Oregon City,[50] as well as rush-hour express route 99-Macadam/McLoughlin.

American labor activist Liz Shuler grew up in Gladstone. She went on to become Secretary-Treasurer of the AFL-CIO.[51][52] She is the first woman and (as of 2009) the youngest person to hold the position of Secretary-Treasurer.[53] Actor Clifton James grew up in the city and died there as well.[54] James had roles in several James Bond films, as well as Cool Hand Luke.[54]