Hibari Misora (美空 ひばり, Misora Hibari, born Kazue Katō (加藤 和枝, Katō Kazue) May 29, 1937 – June 24, 1989) was a Japanese singer, actress and cultural icon.[1][2] She received a Medal of Honor for her contributions to music and for improving the welfare of the public, and was the first woman to receive the People's Honour Award, which was conferred posthumously for giving the public hope and encouragement after World War II.[3][4]

Misora recorded a total of 1,200 songs and sold 68 million records.[5] After she died, consumer demand for her recordings grew significantly, and, by 2001, she had sold more than 80 million records.[6] By 2019, record sales surpassed 100 million.[7][8] Her swan-song "Kawa no Nagare no Yō ni" (川の流れのように) is often performed by numerous artists and orchestras as a tribute to her, including notable renditions by The Three Tenors (Spanish/Italian), Teresa Teng (Taiwanese) and Mariachi Vargas de Tecalitlan (Mexican).

Each year there is a special on Japanese television and radio featuring her songs. A memorial concert for Misora was held at the Tokyo Dome on November 11, 2012. It featured numerous musicians such as Ai, Koda Kumi, Ken Hirai, Kiyoshi Hikawa, Exile, AKB48 and Nobuyasu Okabayashi amongst others, paying tribute by singing her most famous songs.[3]

Misora was born Kazue Katō (加藤 和枝, Katō Kazue) on May 29, 1937 in Isogo-ku, Yokohama, Japan.[9] Her father, Masukichi Katō (加藤 増吉, Katō Masukichi), was a fishmonger and her mother, Kimie Katō (加藤 喜美枝, Katō Kimie), a housewife. Katō displayed musical talent from an early age after singing for her father at a World War II send-off party in 1943 at the age of six. Masukichi had invested a small fortune taken from the family's savings to begin a musical career for his daughter. In 1945 at the age of eight, Kazue made her debut at a concert hall in Yokohama.[9] At that same time, she also changed her surname from Katō to Misora (美空, lit. "beautiful sky"), at the suggestion of her mother. In 1946 at the age of nine, Kazue Misora (美空 和枝, Misora Kazue) entered the NHK Nodo Jiman singing competition. Judges did not pass her because they felt her voice was too mature and that it was inappropriate for a child to sing an adult song.[10] Later that same year, she appeared on another NHK broadcast, and this time impressed Japanese composer Masao Koga with her singing ability. He considered her to be a child prodigy with the courage, understanding, and emotional maturity of an adult. Over the next few years, Misora became an accomplished singer and was touring notable concert halls to sold-out crowds. While the general public loved her, she was criticized by the social and cultural elites for sounding too much like a grown woman and for singing boogie woogies and love songs rather than children’s songs.[11]

Kazue began her recording career in 1949 at the age of 12, now with the name Hibari Misora (美空 ひばり, Misora Hibari), which means "lark in the beautiful sky," and starred in the film Nodojiman-kyō jidai (のど自慢狂時代). The film gained her nationwide recognition. That same year, she recorded her first single Kappa Boogie-Woogie (河童ブギウギ, Kappa bugiugi) for Nippon Columbia.[12] It became a commercial hit, selling more than 450,000 copies. She subsequently recorded "Kanashiki kuchibue", which was featured on a radio program and was a national hit.[12] As an actress, she starred in more than 150 movies between 1949 and 1971, and won numerous awards.[13] Her performance in Tokyo Kid (1950), in which she played a street orphan, made her symbolic of both the hardship and the national optimism of post-World War II Japan.[14]

In June 1950, Misora was one of the first entertainers from Japan to visit the United States after the war. She performed in Hawaii and California.[15]

In 1956, Misora was briefly engaged to musician Mitsuru Ono. Their engagement was called off when Misora was told she would have to give up her career in order to marry.[16]

On January 13, 1957, Misora was attacked and injured with hydrochloric acid at Asakusa International Theater. The suspect was identified as an overly enthusiastic fan of hers.

In 1962, Misora married actor Akira Kobayashi. They divorced in 1964, and she never remarried. Her mother, who had been opposed to the marriage, would later state that the unhappiest moment in her life was when her daughter married Kobayashi and the happiest moment was when they divorced.[17]

Between 1949 and 1971, Misora would appear in 8 to 12 films per year, and in the majority of these films top billing would be given to her. These films would range from light contemporary romances to period films with some sword fighting action. In many of her period films, she would be cast either in male roles or in female roles disguised as men.[18] After she ended her film career, Misora would sometimes sing in male drag in many of her television performances.

In 1973, Misora's younger brother, Tetsuya Katō, was prosecuted for gang-related activity. Although NHK did not acknowledge any connection, Misora was excluded from Kōhaku Uta Gassen for the first time in 18 years.[12] Offended, she refused to appear on any NHK programs for years afterwards. Nevertheless, Misora eventually did make peace with NHK and appeared in the 1979 Kouhaku as a special guest. This would be her final appearance on the program before her death. Misora would appear occasionally on other NHK programs, but felt she no longer had a reason to perform on Kouhaku.[19][20]

In 1980 on the 35th year anniversary of her debut, Misora performed a recital at the Nippon Budokan in Tokyo.

The 1980s were incredibly difficult years for Misora. Her mother passed away in 1981 and a year later her best friend, fellow singer and actress Chiemi Eri, died. Misora’s brothers both died in 1983 and 1986, respectively. Misora and her mother had been extremely close; not only had Kimie been her daughter's number one fan, but also she had worked as Misora's producer/manager throughout her career.[21] To cope with her sorrow, Misora, having already been known as a hard drinker, increased her drinking and smoking even further.[22]

In April 1987, Misora suddenly collapsed on stage at a concert performance in Fukuoka. She was rushed to a nearby hospital, where she was diagnosed with avascular necrosis brought on by chronic hepatitis. Doctors did not reveal to the press that she was also suffering from cirrhosis so as to not cause worry to her fans and associates.[23][24] She was immediately admitted, but eventually showed signs of recovery in August. She commenced recording a new song in October, and in April 1988 performed at her comeback concert at Tokyo Dome. At the time, the audience was unaware that she had still not fully recovered and spent her backstage time lying in a bed with an oxygen tank. Despite overwhelming pain in her legs, Misora performed a total of 40 songs.[25] Once off the stage after the last song, she collapsed and was taken away by an ambulance that was on standby.[26]

Misora's health improvement was to be temporary, as her liver weakened from decades of heavy drinking and her condition worsened. Yet, she continued to perform live while hiding the true nature of her health from her fans. On February 7, 1989 (less than a month after the Heisei period began), Misora held her final concert in Kokura. It was the start of a nationwide tour which had to be cancelled due to her failing health. On March 21, she wrapped up her nearly four-and-a-half-decade career with a 10-hour live radio show for Nippon Broadcasting System. She was later hospitalized at Juntendo University Hospital in Tokyo with interstitial pneumonitis.[27]

On the morning of June 24, 1989, Misora died at Juntendo. She was 52. Her death was widely mourned throughout Japan and many felt the Shōwa period had truly come to an end.[28] The major television networks had to cancel their regular programming that evening to bring the news of her death and instead aired various tributes.[29]

In 1993, a monument depicting Misora's portrait with an inscribed poem was erected in her memory near Sugi no Osugi in Ōtoyo, Kōchi. In 1947, a 10-year old Misora had been involved in a serious bus collision in Ōtoyo. While recovering from her injuries, she remained in the town and reportedly visited Sugi no Osugi and wished to become the top singer in Japan.[30] Misora’s father was so upset, he demanded that she stopped singing. The young Misora responded “If I can’t sing, then I will die.” [31] She eventually returned to Tokyo, where she began her recording career in 1949 at the age of 12.[32]

In 1994, the Hibari Misora Museum opened in Arashiyama, Kyoto. This multi-story museum complex traced the history of Misora's life and career in various multimedia exhibits, and displayed various memorabilia. It attracted more than 5 million visitors, until it's closedown November 30, 2006 as to allow a scheduled renovation of the building. The main exhibits were relocated to the Shōwa period section of the Edo-Tokyo Museum, until a renovation was completed. The brand new Hibari Misora Theater opened in its place on April 26, 2008, and includes a CD for sale of a previously unreleased song.[33] A bronze statue of her debut was built as a memorial in Yokohama in 2002 and attracts around 300,000 visitors per year.[34]

Beginning in 1990, television and radio stations play Misora's song "Kawa no Nagare no Yō ni" (川の流れのように) annually on her birth date to show respect. In a national poll by NHK in 1997, the song was voted the greatest Japanese song of all time by more than 10 million people. The song is still prominently performed by numerous artists and orchestras as a tribute to Misora, including notable renditions by The Three Tenors (Spanish/Italian), Teresa Teng (Taiwanese), Mariachi Vargas de Tecalitlan (Mexican) and Twelve Girls Band (Chinese).

On November 11, 2012, a memorial concert for Misora was held at the Tokyo Dome. It featured numerous musicians such as Ai, Koda Kumi, Ken Hirai, Kiyoshi Hikawa, Exile, AKB48 and Nobuyasu Okabayashi amongst others, paying tribute to Misora by covering her most famous songs.[3]

In September 2019, Misora's voice became focused on after "Arekara" (あれから) was used for a version of the Vocaloid engine known as "VOCALOID:AI", which tried to recreate her singing vocals. The Vocaloid performance also used a full 3D rendering of the singer.[35][36][non-primary source needed][37]

This section may lend undue weight to certain ideas, incidents, or controversies. Please help to create a more balanced presentation. Discuss and resolve this issue before removing this message. (September 2021)

Hibari Misora's ancestry has been a matter of dispute.[38] Prior to her death in 1989, there had been assumptions that she was of ethnic Korean ancestry, and that she and her family held Korean passports. This claim spread around widely.[39][40][41][42][12] Upon her death, however, author Rō Takenaka and journalist Tsukasa Yoshida launched a thorough investigation into her background, and concluded that Misora was not Korean, but 100% Japanese.[43][44][45] 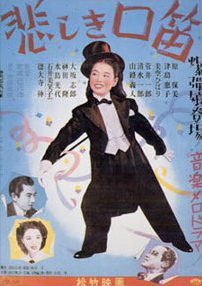