The Interstate Intercollegiate Athletic Conference (IIAC) was a college athletic conference that existed from 1908 to 1970 in the United States.

At one time the Illinois Intercollegiate Athletic Conference, or IIAC, was a robust league that claimed most of the Illinois institutions of higher education. It was nicknamed the "Little Nineteen," but in 1928 had a membership of 23 schools. Former Illinois State University track coach Joseph Cogdal, associated with the IIAC for 43 years of its 62-year history, noted that the league had roots in the 1870s when a number of schools banded together for oratorical contests. Their first intercollegiate football game was played in 1881 between Illinois State University and Knox College, and by 1894 a football association was established.

In 1920, the name "Illinois Intercollegiate Athletic Conference" was adopted, providing the initials IIAC. Conference membership reached a peak of 23 member schools in 1928, when virtually all of the small colleges in Illinois were included. 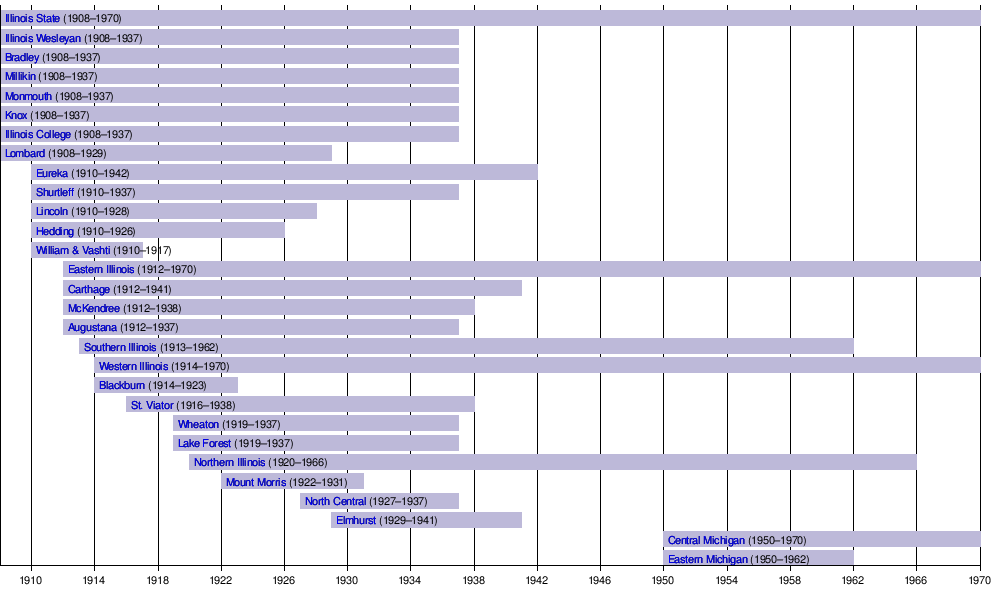