Eddie Plank, the holder of 10 franchise records for the Athletics

The Oakland Athletics are a Major League Baseball (MLB) franchise based in Oakland, California. The Athletics formed in 1901 as the Philadelphia Athletics; after moving to Kansas City for 13 seasons, the Athletics relocated to Oakland in 1968. Through 2014, the Athletics have played 17,757 games, winning 8,622, losing 9,048, and tying 87, for a winning percentage of approximately .488.[1] This list documents the superlative records and accomplishments of team members during their tenures as Athletics.

Eddie Plank holds the most franchise records as of the end of the 2014 season, with ten, including the most career wins, losses and hit batsmen. He is followed by Jimmie Foxx, who holds nine records, including the best career on-base percentage and the single-season home runs record, as well as Al Simmons, who holds the single season hit and RBI records.[2]

Statistics current through the 2014 season Dennis Eckersley, the holder of two career records for the Athletics 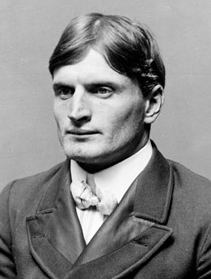 Rube Waddell, the holder of four single-season pitching records for the Athletics franchise