Finnish political movement
This article's lead section may be too short to adequately summarize the key points. Please consider expanding the lead to provide an accessible overview of all important aspects of the article. (May 2021)
Political party in Finland

It was founded by then-National Coalition Party (NCP) member of parliament (MP) Harry "Hjallis" Harkimo and seven other people as a political movement. The movement was registered as a party in 14 November 2019.[5] It is positioned on the centre-right on the political spectrum.[6]

On 19 April 2018, member of parliament (MP) Harry Harkimo announced that he would resign from his party, the NCP. On 21 April, he announced that he had founded a political movement of his own called Movement Now.[7] The movement had been founded by him and seven others and registered with the Finnish Patent and Registration Office [fi] one day before Harkimo's resignation from the NCP.[8] The seven founding members are Harkimo, former SDP party secretary Mikael Jungner, Alex Nieminen [fi], Helene Auramo, Karoliina Kähönen, Sarian Antila, and Tuomas Enbuske.[9]

Harkimo subsequently formed a one-man parliamentary group,[2] the Movement Now parliamentary group [fi], in the Parliament of Finland.[10] On 21 January 2019, an MP of the Blue Reform and former Speaker of the Parliament of Finland Maria Lohela announced that she would leave the Blue Reform in order to join Liike Nyt's parliamentary group.[11] In addition to the Parliament, the movement has gained members in municipalities. The group Parempi Heinola in the city assembly of Heinola joined Liike Nyt. With its eight members out of a total of 43, the movement is the largest in Heinola.[12][13] A similar association with the Uusi Jämsä group of Jämsä was agreed upon in August 2018. Uusi Jämsä was the third largest group in the city council when joining the movement with its six members.[14]

In the 2019 Finnish parliamentary election, Harkimo was elected to the parliament as the sole representative from Movement Now.[15] 115 candidates stood for election, short of the movement's target of 150.[16] Besides Harkimo, candidates included another founder of the party Auramo, and the former's parliamentary assistant [fi] Mirita Saxberg.[17] Because the movement was not a registered party, each of its candidates had to gather signatures of at least 100 voters to form a constituency association [fi].[16] The party used controversial microtargeting in its campaign advertising.[18]

Thirty core principles were agreed upon by members. Besides these, candidates are not aligned ideologically with the group and are allowed to take independent stances on local issues. Election themes include Baltic Sea clean up and social security for entrepreneurs.[21]

The party defends generally liberal policies. In economics, it supports reducing the corporate tax and what they see as unnecessary regulations on businesses, and in social policy, the party defends legalizing the sale of alcohol in grocery stores.

In international policy, although the party believes that the European Union has been beneficial for Finland in many respects, the Euro currency has not, and that the debt and migration crises, along with Brexit, has forced the EU to reconsider in which areas Brussels is needed and where it is not. The party opposes a European superstate.

It also supports achieving carbon neutrality by 2045, instead of the Marin government's target of 2035, believing the latter to be unrealistic. The party also supports nuclear power.

The party believes in expanding private health care as a way of reducing queues in public health facilities.

It also believes that Finland should adopt a national D visa entitling skilled migrants to work while at the same time keeping out migrants who would be a burden on society. The party also advocates reforming the asylum system and mandating that immigrants should be integrated so that they become part of Finnish society, and that employment plans should be drawn up for all immigrants over the age of 18. It also believes that all incoming immigrants should prove that they will be active members in Finnish society, and that those who provide false information or committed serious crimes such as terrorism should be deported.

The party doesn't support NATO membership at the current time, but if Sweden joins NATO, or a crisis happens in the Baltic, they would support a vote for NATO membership.[22]

The main six principles of the party are:[23] 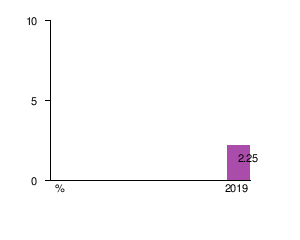 The party's headquarters are on Abrahaminkatu in Helsinki.[25] The party has about 8,000 members,[26] and employs four people full-time.[25] The chairperson of the party is Harry Harkimo.[9]