Muzaffarpur is famous for Shahi lychees and is known as the Lychee Kingdom.[7][8] Shahi litchi is set to become the fourth product from Bihar, after jardalu mango, katarni rice and Magahi paan (betel leaf) to get the Geographical Indication (GI) tag. It is situated on the banks of the perennial Budhi Gandak River, which flows from the Someshwar Hills[9] of the Himalayas.

The current city was established in 1875 during the British Raj for administrative convenience, by dividing the Tirhut district and was named after an aumil, Muzaffar Khan; thus the city came to be known as Muzaffarpur.[10]

In 1972, the Sitamarhi and Vaishali districts were split off from Muzaffarpur.[11]

The city was founded by Muẓaffar Khan in the 18th century and was constituted a municipality in 1864. A major road and rail hub, it is a trade centre on the route between Patna (south) and Nepal (north).Lychee,sweet corn,Mango,Vegetables Rice and sugar milling alongside cutlery manufacturing are the chief industries.[12]

Muzaffarpur has humid subtropical climate (Cwa) under Köppen climate classification. The summer, between April and June, is extremely hot and humid (28/40 °C, 90% max.) and winter is pleasantly cool, around 06/20 °C. Rainfall in Muzaffarpur City is comparatively less to the other parts of Bihar.

In 2006 the Ministry of Panchayati Raj named Muzaffarpur one of the country's 250 most backward districts (out of a total of 640).[19] It is one of the 36 districts in Bihar currently receiving funds from the Backward Regions Grant Fund Programme (BRGF).[19]

The lychee crop, which is available from May to June, is mainly cultivated in the districts of Muzaffarpur and surrounding districts. Cultivation of litchi covers approximately an area of about 25,800 hectares producing about 300,000 tonnes every year. Litchi are exported to big cities of India like Mumbai, Kolkata, and even to other countries. India's share in the world litchi market amounts to less than 1%. The names of the litchi produced in Muzaffarpur are Shahi and China. The fruits are known for excellent aroma and quality.[20]

Bihar's contribution in the production of lychee in about 40 percent of lychee produced in India.[21]

Bihar has emerged as a brewery hub with major domestic and foreign firms setting up production units in the state. Vijay Mallya's group, United Breweries Group, is setting up a production unit to make litchi-flavoured wine, in Muzaffarpur in 2012. The company has leased litchi gardens.[22]

Muzaffarpur based Prabhat Zarda Factory is one of the leading tobacco manufacturers of India.[23]

Muzaffarpur Airport (IATA: MZU, ICAO: VEMZ)[25]is located in Patahi of Muzaffarpur city (besides NH 722 Muzaffarpur - Chhapra (Rewa Ghat)) in the state of Bihar, India. It was operable from 1967 to 1982, on a regular basis. Currently it is not in operations, commercially.[26][27] 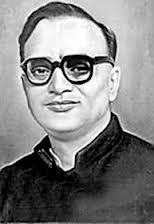