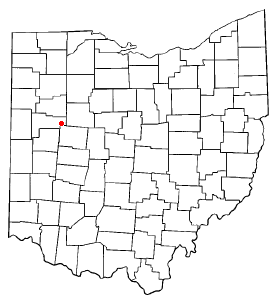 New Hampshire is a census-designated place in central Goshen Township, Auglaize County, Ohio, United States.[1] As of the 2010 census, it had a population of 174.[2]

Located between Wapakoneta and Lakeview at the intersection of U.S. Route 33 with State Routes 196 and 385, the village maintains a small post office (Zip Code: 45870) and a country store.

New Hampshire was laid out in 1836.[3] The community was named after the state of New Hampshire.[4] A post office called New Hampshire has been in operation since 1855.[5]

The community is served by the Waynesfield-Goshen Local School District.