Nicola Scott is a comics artist from Sydney, Australia whose notable works include Birds of Prey and Secret Six.[1] In 2016, she and writer Greg Rucka relaunched Wonder Woman for DC Comics Rebirth[2] and created the comic series Black Magick, which was published by Image Comics. 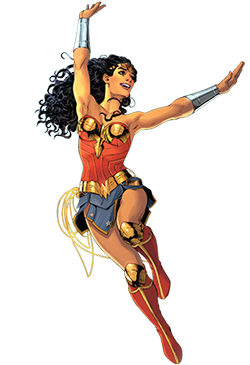 After a brief acting career, Scott decided in 2001 to become a comic book artist.[3] She made her debut in the comics industry by painting covers for a series titled The Watch published in Australia by Phosphorescent Comics.[4] In 2002, she traveled to the San Diego Comic-Con International to begin making contacts in the U.S. comics industry. In 2003, she obtained work from Top Cow Comics which in turn led to her being hired by DC Comics.[3] Her first work in the U.S. market appeared in Star Wars: Empire #26 (October 2004)[5] published by Dark Horse Comics. In December 2005, Wizard magazine featured Scott as a "Talent to Watch". At DC, she collaborated with writer Gail Simone on Birds of Prey and Secret Six.[6] In 2010, she drew the Wonder Woman tie-in to Blackest Night. In July 2010, Scott was announced as the artist of the Teen Titans starting with issue #88[7] and she drew the series until the end of its run with issue #100 (October 2011).[5] Scott penciled Superman vol 3 issues #3, 5, and 6.[8] In January 2012, DC announced Scott and writer James Robinson as the creative team of Earth 2, a new series focusing on the Justice Society of America.[9] Scott's work on that series has been described as her "mainstream breakthrough".[10] She drew the creator-owned series, Black Magick, which was written by Greg Rucka and published by Image Comics.[11] She and Rucka launched a new Wonder Woman series for DC Comics in June 2016. Scott draws the even-numbered issues and Liam Sharp draws the odd-numbered issues.[2] Scott left the Wonder Woman series as of issue #14 and returned to drawing Black Magick.[12]

Reviewer Doug Zawisza of Comic Book Resources praised Scott's work on Superman #6 and compared her favorably to George Pérez, stating, "Luckily, it seems Scott can keep up with Pérez line for line. While Scott’s is definitely more grounded in reality than Pérez's (evident in the scene featuring the alien landscape of Jazuur), these two creators work quite well together. Scott’s art, from quiet moments like Lois calling out to Clark to the louder moments of the Supermen battle royale, is consistent and breathtaking, begging the readers to stop awhile and study it."[13] Critic Mike Miallaro of CriticalBlast.com had positive words for Scott's art in Black Magick saying that "she really goes above and beyond throughout this entire book. Everything is drawn with such incredible detail."[14] Karen O'Brien with CBR Exclusives gave praise for Scott's detail work in the "Wonder Woman Year One" finale. She said that "Scott's scrupulous attention to detail through this series had indicated a deference for Wonder Woman’s importance in comics history and a bold determination to bring her forward, providing a believable place for the Amazon’s values in the modern world that feels comfortable and never contrived."[15]