Location map of Penrith based on NASA satellite images

Penrith is a city in New South Wales, Australia, located in Greater Western Sydney, 55 kilometres (31 mi) west of the Sydney central business district on the banks of the Nepean River, on the outskirts of the Cumberland Plain. Its elevation is 32 metres (105 ft).

Penrith is the administrative centre of the local government area of the City of Penrith.

The Geographical Names Board of New South Wales acknowledges Penrith as one of only four cities within the Greater Sydney metropolitan area. [2]

Prior to the arrival of the Europeans, the Penrith area was home to the Mulgoa tribe of the Darug people. They lived in makeshift huts called gunyahs, hunted native animals such as kangaroos, fished in the Nepean River, and gathered local fruits and vegetables such as yams. They lived under an elaborate system of law which had its origins in the Dreamtime. Most of the Mulgoa were killed by smallpox or galgala shortly after the arrival of the First Fleet in 1788. Early British explorers such as Watkin Tench described them as friendly, saying, "they bade us adieu, in unabated friendship and good humour".[3]

The recorded history of Penrith began on 26 June 1789. Eighteen months after the landing of the First Fleet, an exploring party led by Captain Watkin Tench set out to further discoveries made by Governor Arthur Phillip earlier in the month. In the daylight hours of 27 June, Tench and his party discovered the broad expanse of the Nepean River. Tench's party became the first Europeans to see the site of what is now the City of Penrith. Tench later wrote ‘we found ourselves on the banks of a river, nearly as broad as the Thames at Putney and apparently of great depth’. Phillip later named the river after Evan Nepean, the under-secretary of state in the Home Office, who had been largely responsible for the organisation of the First Fleet. From this point, European settlement began in earnest, firstly on the Hawkesbury River, and later southward up the Nepean.

Governor Phillip Gidley King began granting land in the area to settlers in 1804 with Captain Daniel Woodriff's 1,000 acres (4.0 km2) on the banks of the river the first land grant in the area. The first government building in the district was the military depot built (at the present Penrith police station) by William Cox, in mid-1815 near the new Road (Great Western Road) on unassigned Crown land, set well back from the river. It represented the formalisation of law and order in the district. Its placement seems to have been a practical decision by Cox, placing it on flood-free Crown land on the new road to Parramatta, just east of Woodriff's Rodley Farm. Governor Lachlan Macquarie paid Cox £200 for ‘erecting a Depot for Provisions, Guard House, erecting necessary Enclosures for cattle and Garden Ground, Frame for a Well … on the new near Emu Ford’. At this time, Emu Ford was one of the few locality names that would indicate the depot's position.

In 1816 Cox mentioned the lockup at ‘Penryhn’, among a list of expenses. There appears little doubt that he was referring to the depot that was later referred to as Penrith. The name for the new depot, Penrhyn, may have simply been misinterpreted by others. Penrhyn was possibly named after the First Fleet ship that carried women convicts, the Lady Penrhyn. There is no historical evidence to prove Macquarie's hand in naming the depot, especially considering he often endowed and recorded benefactors with that favour. Furthermore, Macquarie would have ensured that a plan of the town would have been drawn up. No documentary evidence has shed any light on Macquarie's reasoning for the placement of this depot and its connection with his vision for a township at Castlereagh.[4]

What is clear is that the origin of the name, Penrith is steeped in mystery. Penrith was possibly named after Penrith in Cumbria by someone who knew the old town and who noted geographical similarities. By 1819, the name Penrith was in use with its first reference in the Sydney Gazette on 8 December 1821 appointing John Proctor as keeper of the new gaol and court house.

The lockup at Penrith placed government law and order in the centre of the Evan district. This group of buildings became the point of contact for local administration for anything ranging from issuing publican's licences, holding inquests and church services. Although a magistrate had been appointed to Castlereagh in 1811, the Penrith lockup increased in importance with its promotion to a court house in 1817. A bench of magistrates was appointed: Sir John Jamison, the Reverend Henry Fulton, John McHenry and a military officer from the regiment stationed there. In 1814, William Cox constructed a road across the Blue Mountains which passed through Woodriff's land at Penrith. Initial settlement in the area was unplanned but substantial enough for a courthouse to be established in 1817.[5]

The post office was established in 1828, the Anglican church, St Stephens, was opened and consecrated 16 July 1839[6] followed by the Catholic Church, St Nicholas of Myra, in 1850. Two other prominent Penrith pioneers were Irish-born Thomas Jamison (1752/53-1811), a member of the First Fleet and surgeon-general of New South Wales (after whom Jamisontown is named), and his son, the landowner, physician and constitutional reformer Sir John Jamison (1776–1844). In 1824, Sir John erected the colony's finest Georgian mansion, Regentville House, near Penrith, on a ridge overlooking the Nepean River. Sir John established an impressive agricultural estate at Regentville and became a Member of the New South Wales Legislative Council. His grave can be seen in St Stephen's graveyard. Regentville House burned down in 1868 but most of its stonework was salvaged and used for building projects in and around Penrith.

The first bridge, financed by local businessman James Tobias (Toby) Ryan[7] was opened over the Nepean in 1856 and was washed away the following year in a flood. The railway line was extended to Penrith in 1863, a school was established in 1865 and in 1871 the area became a municipality. It officially became a city in 1959.[5]

Penrith is one of the major commercial centres in Greater Western Sydney. The suburb contains two shopping centres.

Penrith railway station is a major railway station on the North Shore & Western Line of the Sydney Trains network. It has frequent services to and from the City and is also a stop on the intercity Blue Mountains Line.

Penrith railway station is served by a bus interchange and by the Nightride Bus route 70.[10]

Penrith can be accessed from St. Marys and Mount Druitt via the Great Western Highway. Access from further east is best obtained by the M4 Western Motorway using either The Northern Road or Mulgoa Road exits. If travelling east from the Blue Mountains, access is best obtained by the Great Western Highway. Access from the south can be obtained by The Northern Road and Mulgoa Road, north from Castlereagh road or Richmond road, or from north and south via Westlink M7 and the M4 Western Motorway.

The NSW Government announced funding for the construction of the M9 in the 2014 state budget[11][12] to connect Camden, Penrith and Windsor. The proposed motorway will start from the M5 motorway and run west of the current M7 motorway.

Penrith Public School and Penrith High School are two public schools in High Street. Jamison High School is in South Penrith. St Nicholas of Myra is a Catholic primary school, which is part of Catholic Education, Diocese of Parramatta, is located in Higgins Street.[5]

The Penrith campus of Nepean College of TAFE is located in the centre of town on Henry Street.[13] The Penrith campus of the University of Western Sydney is located in nearby Werrington.[14] The University of Sydney has a campus near Nepean Hospital in Kingswood, for research into the basic biomedical sciences and educating medical students at the hospital.

Penrith has a number of heritage-listed sites, including:

Other items of interest include:

The Joan Sutherland Performing Arts Complex is in High Street next to the Council Chambers. Named after opera singer Joan Sutherland, the building was designed by architect Philip Cox and opened in 1990. It incorporates the Penrith Conservatorium of Music and the Q Theatre (Penrith), which had been operating in Station Street for 30 years before moving to the complex in 2006.[35]

Penrith Stadium is the home of the Penrith Panthers NRL team. Penrith's Junior Rugby League competition is the largest in the world, which also incorporates teams from the Blue Mountains, Blacktown and Windsor/Richmond areas.

Penrith Stadium was also home to the Penrith Nepean United FC[36] soccer club. The team had a 2–1 win against Sydney FC in a home game friendly match in front of 5000 fans on 17 August 2007.

Just west of Cranebrook is Penrith Lakes, a system of flooded quarries that are now recreational lakes. One of these lakes hosted the rowing events of the Sydney 2000 Olympics. This facility is rated as a Level One course which can be used for international events.[39] The course itself is fully buoyed and can be modified to accommodate swimming and kayaking events.

North of the rowing lake is the Penrith Whitewater Stadium, the only pump-powered and artificial whitewater slalom course in the Southern Hemisphere.[40] It was built for the Sydney 2000 Olympics, and it continues to host international competitions on a regular basis.

Penrith is home to three local newspapers: The Western Weekender, Nepean News, and Penrith Press, the latter of which no longer produces a print edition. It is also home to local radio station Vintage FM 87.6 (40's, 50's & 60's Music). The current FM radio station "the edge" 96.1 FM evolved from the former (original) 2KA station founded by Frank Kelly. In 2001 the Penrith Museum of Printing opened. Its collection represents the history of Australian letterpress printing.[42]

Penrith sits on the western edge of the Cumberland Plain, a fairly flat area of Western Sydney, extending to Windsor in the north, Parramatta in the east and Thirlmere in the south. The Nepean River forms the western boundary of the suburb and beyond that, dominating the western skyline, are the Blue Mountains. There is a difference of opinion between Penrith City Council and the Geographical Names Board of New South Wales as to the boundaries of Penrith the suburb. The Board includes in its official description the area of Kingswood Park, Lemongrove and North Penrith, which the Council considers separate suburbs.[5][43][44]

Penrith has a humid subtropical climate (Köppen climate classification: Cfa) with long, hot summers, mild to cool short winters with cold nights, and pleasant spring and autumn. The daytime temperatures are generally a few degrees warmer than Sydney (Observatory Hill), especially during spring and summer, when the difference in temperature between Penrith and the Sydney area can be quite pronounced. Night-time temperatures are a few degrees cooler than Sydney on most nights of the year. In extreme cases, there could be a temperature differential of 10 degrees Celsius in summer, owing to sea breezes, which affect coastal areas much more than areas further from the ocean and do not usually penetrate as far inland as Penrith. Frost occasionally occurs on some winter mornings. The average summer temperature range is 17.9 °C (64.2 °F) to 29.8 °C (85.6 °F) and in the winter 6.2 °C (43.2 °F) to 18.6 °C (65.5 °F).[45]

Mean yearly rainfall in Penrith is 719.2mm, which is significantly less than recorded closer to the coast, (Sydney Observatory Hill's mean yearly rainfall is 1212.2mm),[46] as coastal showers do not penetrate inland. The highest recorded temperature was 48.9 °C (120.02 °F) on 4 January 2020 (Penrith was also the hottest place on earth that day).[47] The lowest recorded temperature was -1.4 °C (29.5 °F) on 12 July 2002.[48][49] Penrith's hot temperatures are exacerbated by a combination of its inland location, urban heat island effect (i.e. density of housing and lack of trees) and its position on the footsteps of the Blue Mountains, which trap hot air.[50] Penrith's dry, sunny winters are owed to the Great Dividing Range blocking westerly cold fronts, which turn to foehn winds on the range's leeward side (that includes all of the Sydney metropolitan area).[51] 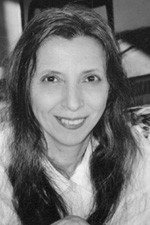 Penrith is twinned with:[59]