1902 U.S. federal law creating an elected lower house in the legislature of the Philippines 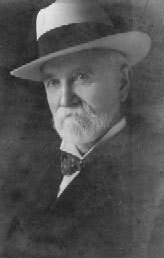 Henry Allen Cooper, the author of the Philippine Bill of 1902

The Philippine Organic Act (c. 1369, 32 Stat. 691) was a basic law for the Insular Government that was enacted by the United States Congress on July 1, 1902. It is also known as the Philippine Bill of 1902 and the Cooper Act, after its author Henry A. Cooper. The approval of the act coincided with the official end of the Philippine–American War.

The Philippine Organic Act provided for the creation of an elected Philippine Assembly after the following conditions were met:

After the convening of the Assembly, legislative power shall then be vested in a bicameral legislature composed of the Philippine Commission as the upper house and the Philippine Assembly as the lower house. Supervision of the islands was assigned to the War Department's Bureau of Insular Affairs.

This act was superseded by the Philippine Autonomy Act, or the Jones Law, enacted on August 29, 1916.

... all military, civil, and judicial powers necessary to govern the Philippine Islands ... shall until otherwise provided by Congress be vested in such person and persons, and shall be exercised in such manner, as the President of the United States shall direct, for the establishment of civil government, and for maintaining and protecting the inhabitants of said Islands in the free enjoyment of their liberty, property, and religion.

This was complemented by a cable from the Secretary of War Elihu Root to the Philippine Commission on 5 March 1901:[2]

Until further orders government will continue under existing instructions and orders.

The comprehensive Spooner Amendment, and these instructions and orders, virtually constituted for many months the charter of government for the Philippine Islands.[3] Between September 1900 and August 1902, the Second Philippine Commission (the Taft Commission) issued 499 laws.[1]

As a result of the act, the Catholic Church agreed to gradually substitute Spanish priests with Filipinos and to sell its land.[1] It refused however to send the friars immediately back to Spain.[1] In 1904, the American administration bought 166,000 hectares, a major part of the friars' holding, over half of which was in the Manila area, and the land was resold to Filipinos—some of them tenants but the majority of them estate owners.[1]