The officer ranks of the Royal Air Force, as they are today, were introduced in 1919. Prior to that Army ranks were used.

Lieutenant General David Henderson originally proposed that Royal Air Force officers use a combination of British Army and Royal Navy ranks. However, the War Office argued that the RAF should have its own ranks and the Admiralty opposed any use of their rank titles.[1]

On 1 April 1918, Air Force Memorandum 2 specified rank insignia for the newly established independent force. Rank was to be worn on the jacket cuff and was derived from the Royal Navy's rings, each equivalent rank having the same number of rings. However, second lieutenants (now pilot officers) displayed a crowned eagle only and the Navy's loop was not used for any rank.[2] Depending on the uniform, either gold or pale blue on grey braid was worn.

In August 1918, Air Ministry Weekly Order 617 added a single band of 1⁄4-inch (6 mm) braid below the second lieutenant's eagle and all other officer ranks also received a crowned eagle above their braid on the left arm only.

In 1919 the colour of the rank braid was changed to black with a central pale blue stripe. However, on RAF mess dress rank continued to be displayed in gold.

The ranks worn on the sleeve are common to all RAF uniform variants incorporating the Jacket. The centre of the rank (measured from the bottom of the lowest braid to the top of the highest) should be 3+3⁄4 inches (9.5 cm) from the cuff and each row of braiding should have a space of 1⁄8 inch (3 mm) from other rows. The thinnest braid, as found on the pilot officer's rank (and in the middle of the squadron leader's rank), is 1⁄4 inch (6 mm); the flying officer's braid common to all the ranks except air commodore and pilot officer, is 1⁄2 inch (1.3 cm), and the thickest braid, as found on all air officer ranks, is 2 inches (5.1 cm).

Shoulder boards (as shown) are worn by officers of general rank equivalent (air commodore and above). Officers entitled to wear aiguillettes or the Royal Cypher, AVMs and above, the Director of Nursing Services, and those officers assigned to certain one-star posts, wear plain blue shoulder boards when in No 1 Service Dress. AVMs and above and those officers assigned to the one-star posts of commandant RAFC Cranwell, Air Officer Wales and Air Officer Scotland wear distinctive unranked ceremonial shoulder boards when in No 1A (ceremonial day) dress. If these officers wear a greatcoat, gold ranked shoulder straps in Crombie material are used.[3] Officers of the rank of marshal of the Royal Air Force have a distinctive set of shoulder boards with greater decoration.

It was initially proposed that each RAF officer rank would be either the equivalent army rank (used by the Royal Flying Corps) or the naval rank (used by the Royal Naval Air Service (RNAS)). However, when the Royal Navy and British Army were consulted they made differing objections: the navy was unhappy that another service might use the names of its higher ranks, such as admiral, and the army objected to the RAF sharing the ranks assigned to junior officers. This resulted in a second proposed system, which made frequent use of the neologism ardian, which was derived from the Gaelic ard "chief" and eun "bird". Under this proposal the names were to have been: ensign, lieutenant, flight leader, squadron leader, reeve, banneret, fourth ardian, third ardian, second ardian, ardian and air marshal. A further proposal was: ensign, lieutenant, flight-leader, squadron-leader, wing-leader, leader, flight ardian, squadron ardian, wing ardian, ardian, air marshal. However, this system was rejected within the RAF, due in part to dislike of the neologism ardian.

On 1 August 1919, Air Ministry Weekly Order 973 introduced the official rank titles for RAF officers. Initially, the highest air officer rank was named marshal of the air. However, a few days after this was promulgated, it was changed to marshal of the Royal Air Force; this occurred reputedly at the request of King George V, who believed that the original name implied the powers of a deity.[citation needed] These were often modified versions of Royal Navy terms and in many cases represented a continuation of particular RNAS appointment titles, i.e. a role/command specific to a particular rank. For example, the new RAF rank of flight lieutenant had previously been the name of an RNAS appointment, held only by qualified pilots with the naval rank of lieutenant; a RNAS observer with the same rank was instead known as an observer lieutenant. The RAF rank of squadron leader was derived from an RNAS appointment, squadron commander, which had been held by either a naval lieutenant-commander or lieutenant.

Composite braid as worn by a squadron leader

Distinction between ranks and appointments

Many RAF ranks do not imply the appointment or duties of an officer. For example, a pilot officer may well not be trained to pilot an aircraft. In fact, pilots skip the rank of pilot officer and go from officer cadet to flying officer on graduation from officer training school at RAF Cranwell. A squadron leader does not necessarily command a squadron, nor a wing commander necessarily command a wing, nor a group captain command a group.

The majority of officers in the Air Cadet Organisation (the Air Training Corps and the RAF section of the Combined Cadet Force) are volunteers commissioned into RAF Air Cadets and then appointed to service with the Air Training Corps or Combined Cadet Force (RAF). They are no longer Royal Air Force Volunteer Reserve (Training Branch) (RAFVR(T)) commissioned officers. They are identified by the gold badge stating: "RAFAC" on the lapels of the No. 1 uniform, and in others forms of dress "RAF Air Cadets" embroidered underneath the rank insignia, in a manner similar to RAF Regiment rank slides. Volunteer officers who are members of an air experience flight (AEF) and who are pilots of aircraft providing air experience flying to air cadets and university air squadrons (UAS) continue to hold a VR(UAS) commission.

RAF Air Cadets officers use the rank system identical to the regular RAF, but the highest substantive rank is flying officer. Higher ranks within the Air Cadet organisation are acting appointments, up to wing commander. Other senior ranked appointments are generally full-time staff positions (such as regional commandants and commandant air cadets) held by regular and reserve (RAFR/FTRS) RAF officers. In certain circumstances, honorary appointments within the RAF Air Cadets may be made, however the rank may vary.

The following air forces use a similar or identical officer rank structure and rank insignia to the RAF:

The following air forces use a similar or identical officer rank structure to the RAF, but use army-style rank insignia:

The following air forces use rank insignia for their officers which are similar or identical to that of the RAF, but employ army rank titles:

The following air forces formerly used a similar or identical officer rank structure to the RAF: 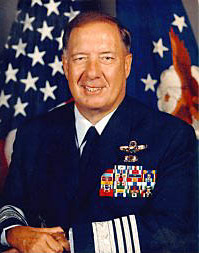