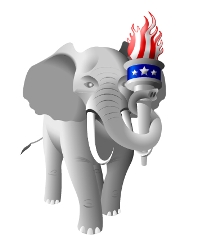 In 2010, the Republican Liberty Caucus of Texas denounced the new state Republican Party platform that supported criminalization of sodomy and making same-sex marriage a felony.[10]

The Republican Liberty Caucus' process for endorsing presidential candidates is described in the organization's Bylaws and Rules:

Since the Caucus' founding in 1991, only three candidates have reached this level of support: Steve Forbes 1996, Ron Paul in 2012 and Rand Paul in 2016. When Forbes ran again in 2000, the organization remained neutral in that primary and did not endorse another specific Republican candidate in any presidential primary until December 30, 2011 when the RLC endorsed Ron Paul for President.[14] In 2016, his son Rand Paul was also endorsed by the RLC.[15]