The following is a timeline of franchise evolution in Major League Baseball. The histories of franchises in the National Association of Base Ball Players (NABBP), National Association of Professional Base Ball Players (NA), Union Association (UA), and American Association (AA) before they joined the National League are also included. In 1900 the minor league Western League renamed itself the American League (AL). All of the 1899 Western League teams were a part of the transformation with the Saint Paul Apostles moving to Chicago and to play as the White Stockings. In 1901 the AL declared itself a Major League. For its inaugural major league season the AL dropped its teams in Indianapolis, Buffalo and Minneapolis and replaced them with franchises in Boston, Philadelphia, and Baltimore and the Kansas City Blues moved to Washington to play as the Senators. 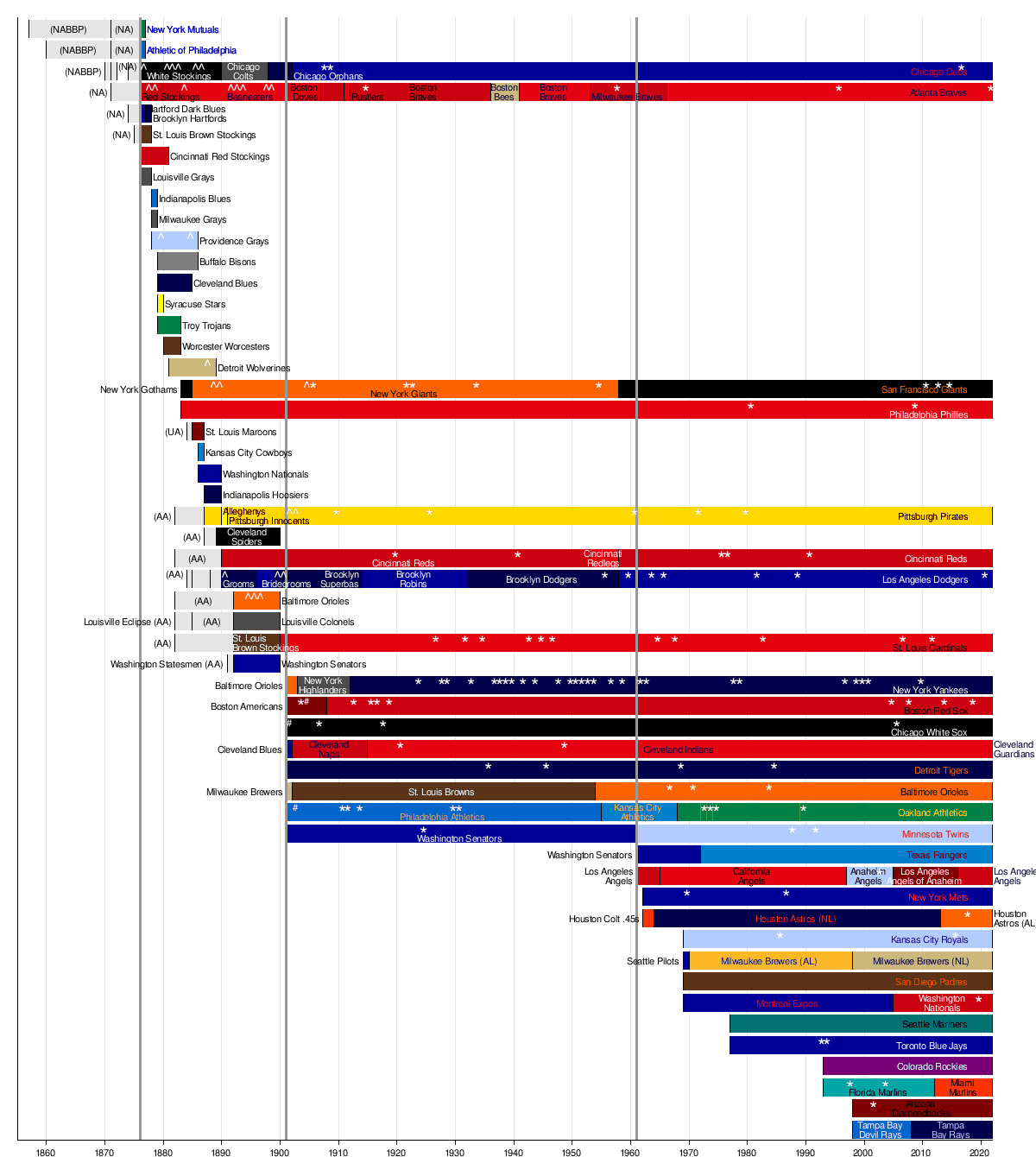