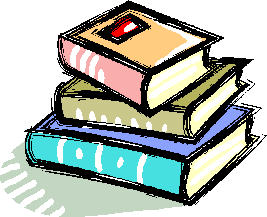 It is best to cite each statement using a reliable source instead of containing uncited statements that may eventually get deleted.

The material must also be neutrally written and not contain original research. It is better to place each citation closely where it verifies each material than use one citation at the end of a paragraph because the content may be rearranged or anyone may believe the uncited content is unsourced. Without placing each citation where it verifies each material, it could lead to concerns of original research and eventually deleted content.

One of our policies is on "text-source integrity". That policy rightfully states (as of this stable revision): "The point of an inline citation is to allow readers and other editors to check that the material is sourced; that point is lost if the citation is not clearly placed. The distance between material and its source is a matter of editorial judgment, but adding text without placing its source clearly can lead to allegations of original research, violations of the sourcing policy, and even plagiarism."

So far, so good, and in fact I have no problem with that policy. However, my understanding of it differs from that of some others; namely, I see this policy as sufficient to warrant the requirement of citing every sentence, even in cases where all sentences in question use the same reference. After all, on wiki, people can split paragraphs, move content, insert new text, referenced or unreferenced, and unreferenced sentences can lead to text-source integrity problems.

The sun is pretty big. The moon is not so big. The sun is also quite hot.[1]

It seems fine at first glance. We can assume that all three sentences come from the same cited source, right?

Wrong. How can we make such assumption in a project which "anyone can edit"? Without looking at the history of the article, one cannot be certain that all three sentences were inserted by the same author, using the same source. What if they were written by editor A, and editor B came along later, adding a new, relevant, referenced sentence, but with the ref for the third sentence only? What if the first and third sentences where written by editor A, with a reference, but the second, unreferenced sentence was inserted by editor B later?

Let's however assume that all three sentences, with the one, end-of-para reference, were written by a single editor. Let's see what can happen later, in Case Study 1:

The sun is pretty big. The moon is not so big.

The sun is also quite hot.[1] The sun is pretty big. The moon is not so big.

What if editor B simply decides to change the order of sentences, but keeps the citation with the intended sentence? Now the later sentences look simply unreferenced.

What if editor B inserts an unreferenced sentence into our paragraph? How is the reader supposed to know which sentence comes from the end-of-para reference, and which has been inserted later?

Wikipedia articles should be trustworthy as "seen". They should not require readers to check edit history. Even then, it's somewhat understandable if one wants to verify that the article is stable; that just takes a few seconds of looking at the recent history, with no need to compare revisions. But with insufficient citations, an editor has to track down the exact diff adding content, to see if it came from the same editor who added end-of-para reference. And frankly, even then you have to assume good faith or verify all but the referenced sentences with a source to be sure that that editor did not add any sentences that are not covered by that source.

Yet my proposals to clearly state that every sentence should be referenced, cases of Wikipedia:You don't need to cite that the sky is blue exempt, have been rejected by the community not once but twice: uno, due.

Your confused editor, signing off.

In case anyone thinks my example concern is theoretical, here's a perfect case study:

I am not going to waste more time citing further examples, but I've seen this happen enough times. Someone (me...) references sentences. Someone else copyedits the article, removing what they think of are excess citations. AND/OR Someone else breaks paragraphs, creating unreferenced ones. People complain, article is seen as unreferenced, even though someone either took the time to properly reference every sentence (or didn't...). Teeth grinding ensues.