The Signpost is normally a monthly community-written and -edited online newspaper covering the English Wikipedia, its sister projects, the Wikimedia Foundation, and the Wikimedia movement at large. The original name of the newspaper was The Wikipedia Signpost; it was shortened to the The Signpost in August 2010 as a symbol of an expansion in scope beyond the English Wikipedia.

Founded in 2005, The Signpost is produced by volunteers, and is independent of the Wikimedia Foundation and other Wikimedia organizations. Our statement of purpose guides our efforts. Editorial decisions are made by the editorial board, composed of Wikimedia volunteers, and ultimately by the Editor in Chief.

Unlike most Wikipedia pages, each Signpost article carries a byline to indicate its author, and is edited by at least one other team member. We welcome post-publication edits such as grammatical and spelling corrections to articles, subject to review by the Signpost team; we value our readers' efforts to correct simple mistakes and provide needed clarifications. Anyone may submit articles; suggestions and news tips are welcomed on our suggestions page. Aspiring contributors may wish to consult our Quick start page and our newsroom.

For more on The Signpost's administration and the responsibilities of being a regular contributor, see our coordination guidelines. 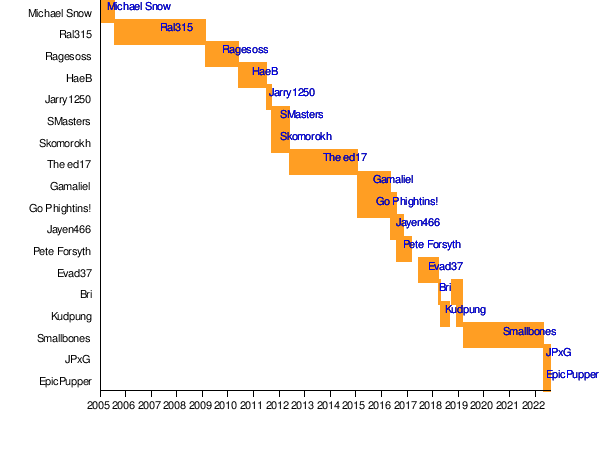 The Signpost has its own barnstar; feel free to award it to someone you think has done a significant amount of work in the project!

Just copy the following and add your own message.

What do you think of The Signpost? Share your feedback.
Home
About
Archives
Newsroom
Subscribe
Suggestions
More
Hidden categories: