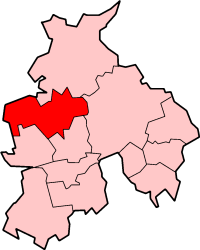 Wyre Borough Council elections are held every four years. Wyre Borough Council is the local authority for the non-metropolitan district of Wyre in Lancashire, England. Since the last boundary changes in 2015, 50 councillors have been elected from 24 wards.[1]

The first election to the council was held in 1973, initially operating as a shadow authority before coming into its powers on 1 April 1974. Since 1973 political control of the council has been held by the following parties:[2][3]

Council elections in Lancashire
Culture and infrastructure of the Borough of Wyre
Categories
Categories: