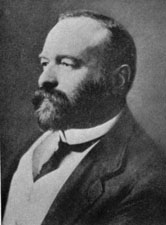 Giddings was born at Sherman, Connecticut. He graduated from Union College (1877). For ten years he wrote items for the Springfield, Massachusetts Republican and the Daily Union. In 1888 he was appointed lecturer in political science at Bryn Mawr College; in 1894 he became professor of sociology at Columbia University. From 1892 to 1905 he was a vice president of the American Academy of Political and Social Science.

In 1914 he became one of the inaugural Fellows of the American Statistical Association.[1]

This article's use of external links may not follow Wikipedia's policies or guidelines. Please improve this article by removing excessive or inappropriate external links, and converting useful links where appropriate into footnote references. (January 2016) (Learn how and when to remove this template message)
Wikimedia Commons has media related to Franklin Henry Giddings.
Presidents of the American Sociological Association
Authority control
Categories
Categories: