The Cleveland Browns are a professional American football team in Cleveland, Ohio. The Browns compete in the National Football League (NFL) as a member of the American Football Conference (AFC) North division.

Since joining the NFL in 1950, the Browns have had 60 quarterbacks start in at least one game for the team. Pro Football Hall of Fame member Otto Graham led the Browns to three NFL championships in their first six seasons in the league. Since resuming operations in 1999 after a three-year vacancy, the franchise had been notable for its futility at the quarterback position.[1][2][3] From 1999 through week 4 of the 2018 season, the team had 30 players start at quarterback. Tim Couch, the Browns' first overall draft pick in 1999, was the only quarterback to start all 16 games in a season for the team during a 20-season span (1999-2018), having done so in 2001.[1] The Browns had started more than one quarterback in 17 consecutive seasons, until Baker Mayfield started every game in 2019.[4] 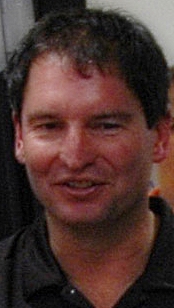 The number of regular season games each player started during the season is listed to the right.

Quarterbacks who have started for the Cleveland Browns from the team's first NFL season of 1950 to present. A player is credited with a win if he started the game and the team won that game, no matter if the player was injured or permanently removed after the first play from scrimmage. Only regular season games are included. The Browns' All-America Football Conference games from 1946 to 1949 are not included.

Sorted by number of starts. Members of the Pro Football Hall of Fame in italics and most recent starter in bold.

These Browns quarterbacks started during the postseason.

These Browns starting quarterbacks have been selected to the Pro Bowl.[5]