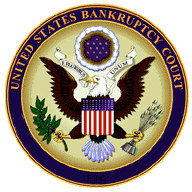 Subject-matter jurisdiction, personal or territorial jurisdiction, and adequate notice are the three most fundamental constitutional requirements for a valid judgment.

Many state court systems are divided into divisions such as criminal, civil law, family, and probate. A court within any one of those divisions would lack subject-matter jurisdiction to hear a case regarding matters assigned to another division. Most U.S. state court systems, however, include a superior court that has "general" jurisdiction; that is, it is competent to hear any case over which no other state court has exclusive jurisdiction. Because the United States federal courts have exclusive jurisdiction over a very small percentage of cases, such as copyright disputes, patent disputes, and United States bankruptcy court disputes, state courts have the authority to hear the vast majority of cases.

According to Rule 12(b)(1) of the Federal Rules of Civil Procedure, a federal court has the authority to dismiss a case for lack of subject-matter jurisdiction upon motion of a party or sua sponte, upon its own initiative.[1]