Video production is the process of producing video content for video. It is the equivalent of filmmaking, but with video recorded either as analog signals on videotape, digitally in video tape or as computer files stored on optical discs, hard drives, SSDs, magnetic tape or memory cards instead of film stock. There are three stages of video production: pre-production, production (also known as principal photography), and post-production. Pre-production involves all of the planning aspects of the video production process before filming begins. This includes scriptwriting, scheduling, logistics, and other administrative duties. Production is the phase of video production which captures the video content (electronic moving images) and involves filming the subject(s) of the video. Post-production is the action of selectively combining those video clips through video editing into a finished product that tells a story or communicates a message in either a live event setting (live production), or after an event has occurred (post-production).

There are many different types of video production. The most common include film and TV production, television commercials, internet commercials, corporate videos, product videos, customer testimonial videos, marketing videos, event videos, wedding videos. The term "Video Production" is reserved only for content creation that is taken through all phases of production (Pre-production, Production, and Post-production) and created with a specific audience in mind. A person filming a concert, or their child's band recital with a smartphone or video camera for the sole purpose of capturing the memory would fall under the category of "home movies" not video production.

Production scale is determined by crew size and not the location of the production, or the type of content captured. Crew size in most cases will determine a projects quality and is not a limitation of what kind of content can be captured. There are feature films that have been captured by a crew of just 2 people, and corporate videos that leverage teams of 10 or more.

Some examples of production scale include:

The same shooting styles used in filmmaking can also be used in video production. There is not a singular type of style that is used for every kind of video content captured. Instead, style changes depending on the type of video being created, and the desired tone and message of the video.

Corporate videos production can be scripted and covers a wide range of purposes from corporate Communication, Training and Education, videotaping conferences and conventions, products and services, and sales. The most common type of corporate video is the "Corporate Overview Video," which introduces the company's executive team and puts a name and face to the people incharge. This video is used as a way to communicate a company's core beliefs and values as well as their overall mission statement. This video is often called the "foundation" of a company's video content as it sets the tone and communication style for all of their other video content.

Corporate event videos occur at conventions or trade shows and cover the multiple-day event including speakers, break-out sessions, awards ceremonies and local recreational activities in which the conventioneers participate. An on-site editor then creates a short video presentation that is shown before the close of the convention. Many national or international companies also take advantage of the convention venue to gather interviews of their key employees or customers to speak on the company's behalf as it is much easier to film everyone at a central location.

Product videos are created with the main purpose of selling a product and offer an opportunity to communicate all of the highlights and features of a product which are typically written on the product page in text but with the added bonus of showcasing glamour shots of the product. The most effective product videos are typically between 2 and 3 minutes in duration, balancing the amount of information provided while keeping the audience engaged.

Shows can be distributed by broadcast syndication. SP video production was the broadcast television standard from the early 1980s up until the beginning of the 21st century, when many television stations began using digital media to shoot, transmit, and store High-definition (HD) footage.[citation needed]

Video production can be used at sporting, school, stage, wedding, church, and similar events to provide recordings of the events. Event video productions range in distribution from a wedding video that is custom made for a bride and groom and their immediate family and friends, to a dance recital where dozens to hundreds of videos are sold to individual dancers. Event video production can also be used to broadcast events live to viewers at home such as a press conference or concert. Video of live events can be sent by microwave or a satellite truck from the event location to a television studio in order to be broadcast. Event video usually refers to video made on an event, and has some sort of currency, for example news[2]

The primary purpose of using video in distance education is to improve understanding and comprehension in a synchronous or asynchronous manner.[3]

Webcasting is also being used in education for distance learning projects; one innovative use was the DiveLive programs.[4]

For example, Nautilus Productions details an exploration of a notable shipwreck:

"In the fall of 2000 Rick Allen's Nautilus Productions co-produced with Bill Lovin of Marine Grafics a groundbreaking, week long live internet broadcast known as QAR DiveLive from the Blackbeard wreck site. For the first time ever, live video and audio was broadcast from an underwater archaeological site to the World Wide Web. Students were able to watch the underwater archaeology in real time and ask questions of the scientists exploring the shipwreck. The twice-daily live distance learning programs reached an estimated 1600 students from as far away as Canada during the five days of broadcasting. In October of 2001 Allen and Lovin again co-produced QAR DiveLive 2001. This time the interactive webcasts from the seafloor and conservation laboratories of the Queen Anne's Revenge Shipwreck Project reached over 3600 students and another 2700 remote viewers from fifteen states and 2 countries during the five days of broadcasts."[5] 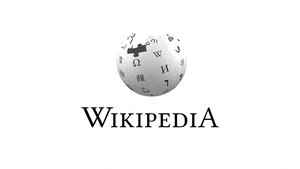 A marketing video for the Wikimedia Foundation.

Increasing internet speeds, the transition to digital from physical formats such as tape to file-based media and the availability of cloud-based video services has increased use of the internet to provision services previously delivered on-premise in the context of commercial content creation for example video editing. In some cases the lower costs of equivalent services in the cloud has driven adoption and in others the greater scope for collaboration and time savings.[6][7]

Many web sites include videos. Although not necessarily produced online, many video production tools allow the production of videos without actually using a physical camera. An example of this is using the YouTube video editor to create a video using pre-existing video content that is held on the platform under Creative Commons license.[citation needed]