The American Antiquarian Society (AAS), located in Worcester, Massachusetts, is both a learned society and a national research library of pre-twentieth-century American history and culture. Founded in 1812, it is the oldest historical society in the United States with a national focus.[3] Its main building, known as Antiquarian Hall, is a U.S. National Historic Landmark in recognition of this legacy.[4] The mission of the AAS is to collect, preserve and make available for study all printed records of what is now known as the United States of America. This includes materials from the first European settlement through the year 1876.[5]

The collections of the AAS contain over four million books, pamphlets, newspapers, periodicals, graphic arts materials and manuscripts. The Society is estimated to hold copies of two-thirds of the total books known to have been printed in what is now the United States from the establishment of the first press in 1640 through the year 1820; many of these volumes are exceedingly rare and a number of them are unique.[7] Historic materials from all fifty U.S. states, most of Canada and the British West Indies are included in the AAS repository. One of the more famous volumes held by the Society is a copy of the first book printed in America, the Bay Psalm Book.[8] AAS has one of the largest collections of newspapers printed in America through 1876, with more than two million issues in its collection.[9] Its collections contain the first American women's magazine edited by a woman, The Humming Bird, or Herald of Taste.[10] 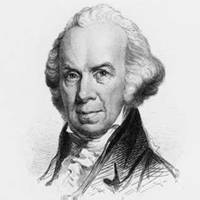 Isaiah Thomas, the founder of the American Antiquarian Society

On the initiative of Isaiah Thomas, the AAS was founded on October 24, 1812, through an act of the Massachusetts General Court.[11] It was the third historical society established in America, and the first to be national in its scope.[4] Isaiah Thomas started the collection with approximately 8,000 books from his personal library.[12] The first library building was erected in 1820 in downtown Worcester, Massachusetts.[13] In 1853, the Society moved its collections to a larger building at the corner of Highland Street, also in Worcester.[14] This building was later abandoned and another new building was constructed. Designed by Winslow, Bigelow & Wadsworth, the Georgian Revival building was completed in 1910 and stands on the corner of Park Avenue and Salisbury Street. There have been several additions to this building to accommodate the growing collection, the most recent of which was completed in 2019.[15] AAS was presented with the 2013 National Humanities Medal by President Obama in a ceremony at the White House.[16]

As part of AAS's mission as a learned society, it offers a variety of public lectures and seminars. One topic to which AAS dedicates significant academic energies is printing technology, especially in eighteenth-century British North America. Since Isaiah Thomas was a newspaper man himself, he collected a large number of printed materials.[17] With regard to printing, paper making, edition setting, and reprinting, not much had changed in European technology by the eighteenth century. It was not until the late eighteenth century that paper-making material began to evolve from a hand-woven cloth to an industrial pulp. AAS undertakes special efforts to preserve printed records from this time period, as the Society maintains an on-site conservation department with various sewing, cloth, and binding materials to aid in the preservation process.[18]

Over its two hundred year history, the Society has had 14 formal leaders who have shaped the organization's vision, collections, and day to day operations. Leadership roles at the AAS have historically overlapped in chronology, as different roles oversaw different aspects of the Society simultaneously.

AAS was presented with the 2013 National Humanities Medal by President Obama in a ceremony at the White House.[20]