In computer programming, Base64 is a group of binary-to-text encoding schemes that represent binary data (more specifically, a sequence of 8-bit bytes) in sequences of 24 bits that can be represented by four 6-bit Base64 digits.

Common to all binary-to-text encoding schemes, Base64 is designed to carry data stored in binary formats across channels that only reliably support text content. Base64 is particularly prevalent on the World Wide Web[1] where one of its uses is the ability to embed image files or other binary assets inside textual assets such as HTML and CSS files.[2]

Base64 is also widely used for sending e-mail attachments. This is required because SMTP – in its original form – was designed to transport 7-bit ASCII characters only. This encoding causes an overhead of 33–37% (33% by the encoding itself; up to 4% more by the inserted line breaks).

The particular set of 64 characters chosen to represent the 64 digit values for the base varies between implementations. The general strategy is to choose 64 characters that are common to most encodings and that are also printable. This combination leaves the data unlikely to be modified in transit through information systems, such as email, that were traditionally not 8-bit clean.[3] For example, MIME's Base64 implementation uses A–Z, a–z, and 0–9 for the first 62 values. Other variations share this property but differ in the symbols chosen for the last two values; an example is UTF-7.

The earliest instances of this type of encoding were created for dial-up communication between systems running the same OS, for example, uuencode for UNIX and BinHex for the TRS-80 (later adapted for the Macintosh), and could therefore make more assumptions about what characters were safe to use. For instance, uuencode uses uppercase letters, digits, and many punctuation characters, but no lowercase.[4][5][6][3]

The example below uses ASCII text for simplicity, but this is not a typical use case, as it can already be safely transferred across all systems that can handle Base64. The more typical use is to encode binary data (such as an image); the resulting Base64 data will only contain 64 different ASCII characters, all of which can reliably be transferred across systems that may corrupt the raw source bytes.

Here is a well-known idiom from distributed computing:

When the quote (without trailing whitespace) is encoded into Base64, it is represented as a byte sequence of 8-bit-padded ASCII characters encoded in MIME's Base64 scheme as follows (newlines and white spaces may be present anywhere but are to be ignored on decoding):

As this example illustrates, Base64 encoding converts three octets into four encoded characters.

= padding characters might be added to make the last encoded block contain four Base64 characters.

Hexadecimal to octal transformation is useful to convert between binary and Base64. Both for advanced calculators and programming languages, such conversion is available. For example, the hexadecimal representation of the 24 bits above is 4D616E. The octal representation is 23260556. Those 8 octal digits can be split into pairs (23 26 05 56), and each pair converted to decimal to yield 19 22 05 46. Using those four decimal numbers as indices for the Base64 alphabet, the corresponding ASCII characters are TWFu.

If there are only two significant input octets (e.g., 'Ma'), or when the last input group contains only two octets, all 16 bits will be captured in the first three Base64 digits (18 bits); the two least significant bits of the last content-bearing 6-bit block will turn out to be zero, and discarded on decoding (along with the succeeding = padding character):

If there is only one significant input octet (e.g., 'M'), or when the last input group contains only one octet, all 8 bits will be captured in the first two Base64 digits (12 bits); the four least significant bits of the last content-bearing 6-bit block will turn out to be zero, and discarded on decoding (along with the succeeding two = padding characters):

Because Base64 is a six-bit encoding, and because the decoded values are divided into 8-bit octets, every four characters of Base64-encoded text (4 sextets = 4 × 6 = 24 bits) represents three octets of unencoded text or data (3 octets = 3 × 8 = 24 bits). This means that when the length of the unencoded input is not a multiple of three, the encoded output must have padding added so that its length is a multiple of four. The padding character is =, which indicates that no further bits are needed to fully encode the input. (This is different from A, which means that the remaining bits are all zeros.) The example below illustrates how truncating the input of the above quote changes the output padding:

Decoding Base64 with padding

Decoding Base64 without padding

Implementations may have some constraints on the alphabet used for representing some bit patterns. This notably concerns the last two characters used in the alphabet at positions 62 and 63, and the character used for padding (which may be mandatory in some protocols or removed in others). The table below summarizes these known variants and provides links to the subsections below.

The first known standardized use of the encoding now called MIME Base64 was in the Privacy-enhanced Electronic Mail (PEM) protocol, proposed by RFC 989 in 1987. PEM defines a "printable encoding" scheme that uses Base64 encoding to transform an arbitrary sequence of octets to a format that can be expressed in short lines of 6-bit characters, as required by transfer protocols such as SMTP.[7]

The current version of PEM (specified in RFC 1421) uses a 64-character alphabet consisting of upper- and lower-case Roman letters (A–Z, a–z), the numerals (0–9), and the + and / symbols. The = symbol is also used as a padding suffix.[4] The original specification, RFC 989, additionally used the * symbol to delimit encoded but unencrypted data within the output stream.

To convert data to PEM printable encoding, the first byte is placed in the most significant eight bits of a 24-bit buffer, the next in the middle eight, and the third in the least significant eight bits. If there are fewer than three bytes left to encode (or in total), the remaining buffer bits will be zero. The buffer is then used, six bits at a time, most significant first, as indices into the string: "ABCDEFGHIJKLMNOPQRSTUVWXYZabcdefghijklmnopqrstuvwxyz0123456789+/", and the indicated character is output.

After encoding the non-padded data, if two octets of the 24-bit buffer are padded-zeros, two = characters are appended to the output; if one octet of the 24-bit buffer is filled with padded-zeros, one = character is appended. This signals the decoder that the zero bits added due to padding should be excluded from the reconstructed data. This also guarantees that the encoded output length is a multiple of 4 bytes.

The MIME (Multipurpose Internet Mail Extensions) specification lists Base64 as one of two binary-to-text encoding schemes (the other being quoted-printable).[5] MIME's Base64 encoding is based on that of the RFC 1421 version of PEM: it uses the same 64-character alphabet and encoding mechanism as PEM, and uses the = symbol for output padding in the same way, as described at RFC 2045.

MIME does not specify a fixed length for Base64-encoded lines, but it does specify a maximum line length of 76 characters. Additionally it specifies that any character outside the standard set of 64 encoding characters (For example CRLF sequences), must be ignored by a compliant decoder, although most implementations use a CR/LF newline pair to delimit encoded lines.

Thus, the actual length of MIME-compliant Base64-encoded binary data is usually about 137% of the original data length (4⁄3×78⁄76), though for very short messages the overhead can be much higher due to the overhead of the headers. Very roughly, the final size of Base64-encoded binary data is equal to 1.37 times the original data size + 814 bytes (for headers). The size of the decoded data can be approximated with this formula:

UTF-7, described first in RFC 1642, which was later superseded by RFC 2152, introduced a system called modified Base64. This data encoding scheme is used to encode UTF-16 as ASCII characters for use in 7-bit transports such as SMTP. It is a variant of the Base64 encoding used in MIME.[8][9]

The "Modified Base64" alphabet consists of the MIME Base64 alphabet, but does not use the "=" padding character. UTF-7 is intended for use in mail headers (defined in RFC 2047), and the "=" character is reserved in that context as the escape character for "quoted-printable" encoding. Modified Base64 simply omits the padding and ends immediately after the last Base64 digit containing useful bits leaving up to three unused bits in the last Base64 digit.

OpenPGP, described in RFC 4880, describes Radix-64 encoding, also known as "ASCII armor". Radix-64 is identical to the "Base64" encoding described from MIME, with the addition of an optional 24-bit CRC. The checksum is calculated on the input data before encoding; the checksum is then encoded with the same Base64 algorithm and, prefixed by "=" symbol as separator, appended to the encoded output data.[10]

RFC 3548, entitled The Base16, Base32, and Base64 Data Encodings, is an informational (non-normative) memo that attempts to unify the RFC 1421 and RFC 2045 specifications of Base64 encodings, alternative-alphabet encodings, and the Base32 (which is seldom used) and Base16 encodings.

Base64 encoding can be helpful when fairly lengthy identifying information is used in an HTTP environment. For example, a database persistence framework for Java objects might use Base64 encoding to encode a relatively large unique id (generally 128-bit UUIDs) into a string for use as an HTTP parameter in HTTP forms or HTTP GET URLs. Also, many applications need to encode binary data in a way that is convenient for inclusion in URLs, including in hidden web form fields, and Base64 is a convenient encoding to render them in a compact way.

For this reason, modified Base64 for URL variants exist (such as base64url in RFC 4648), where the '+' and '/' characters of standard Base64 are respectively replaced by '-' and '_', so that using URL encoders/decoders is no longer necessary and has no effect on the length of the encoded value, leaving the same encoded form intact for use in relational databases, web forms, and object identifiers in general. A popular site to make use of such is YouTube.[11] Some variants allow or require omitting the padding '=' signs to avoid them being confused with field separators, or require that any such padding be percent-encoded. Some libraries[which?] will encode '=' to '.', potentially exposing applications to relative path attacks when a folder name is encoded from user data.[citation needed]

The atob() and btoa() JavaScript methods, defined in the HTML5 draft specification,[12] provide Base64 encoding and decoding functionality to web pages. The btoa() method outputs padding characters, but these are optional in the input of the atob() method. 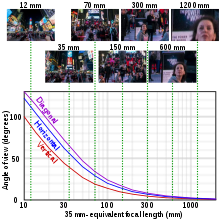 Base64 can be used in a variety of contexts:

Applications not compatible with RFC 4648 Base64

Some application use a Base64 alphabet that is significantly different from the alphabets used in the most common Base64 variants (see Variants summary table above).

One issue with the RFC 4648 alphabet is that, when a sorted list of ASCII-encoded strings is Base64-transformed and sorted again, the order of elements changes. This is because the padding character and the characters in the substitution alphabet are not ordered by ASCII character value (which can be seen by using the following sample table's sort buttons). Alphabets like (unpadded) B64 address this.