John Joseph Edward Cassidy, known as Jack Cassidy, (March 5, 1927 – December 12, 1976) was an American actor, singer and theatre director known for his work in the theatre, television and films. He received multiple Tony Award nominations and a win, as well as a Grammy Award, for his work on the Broadway production of the musical She Loves Me. He also received two Primetime Emmy Award nominations. He was the father of teen idols David Cassidy and Shaun Cassidy.

He was born in New York, New York, the son of Charlotte (née Koehler) and William Cassidy. He was the youngest of five children. His father, an engineer at the Long Island Rail Road, was of Irish descent and his mother was of German ancestry.[1]

Cassidy achieved success as a musical performer on Broadway.[2] He appeared in Alive and Kicking, Wish You Were Here, Shangri-La, Maggie Flynn, Fade Out – Fade In, It's a Bird...It's a Plane...It's Superman, and She Loves Me, for which he won a Tony Award. He also received Emmy Award nominations for his television performances in the 1967-68 CBS Television Network series He & She and The Andersonville Trial.[3]

On television, he became a frequent guest star, appearing in such programs as The Alfred Hitchcock Hour, Gunsmoke, Bewitched, Get Smart, That Girl, Hawaii Five-O, Cannon, Match Game and McCloud and three times as a murderer on Columbo, in the episodes "Murder By the Book" (1971, directed by not yet famous Steven Spielberg, with teleplay by a young Steven Bochco), "Publish or Perish" (1974) and "Now You See Him..." (1976). Cassidy also appeared on Barnaby Jones in an episode titled "Murder in the Doll's House" (1973).[3]

He co-starred with Ronnie Schell in a television revival of Hellzapoppin'. Cassidy also co-starred as an informer in the movie The Eiger Sanction with Clint Eastwood and provided the voice of Bob Cratchit for the pioneering animated television special Mister Magoo's Christmas Carol.[3]

His frequent professional persona was an urbane, witty, confident egotist with a dramatic flair, much in the manner of Broadway actor Frank Fay. Cassidy perfected this character to the extent that he was cast as John Barrymore in the feature film W.C. Fields and Me.[citation needed]

The role of the vain, shallow, buffoon-like newsman Ted Baxter on TV's The Mary Tyler Moore Show (1970–1977) was reportedly written with Cassidy in mind.[4] Cassidy had played a similar buffoonish character in the 1967–1968 sitcom He & She, but he turned down the role, feeling that it was not right for him; the part went to Ted Knight. Cassidy later appeared as a guest star in a 1971 episode[5] as Ted's highly competitive and equally egotistical brother Hal.[3] 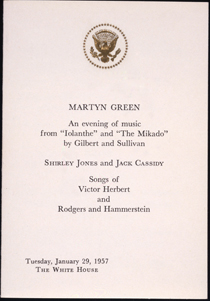 Cassidy was married twice. His first marriage in 1948 was to actress Evelyn Ward. Together they had a son, David, who later became a teen idol. They divorced in 1956 and in the same year Cassidy married singer and actress Shirley Jones. Cassidy and Jones had three sons, Shaun, Patrick, and Ryan. Cassidy's eldest son David later starred with Jones in the musical sitcom The Partridge Family. Son Shaun also became a teen idol in the late 1970s, starring in The Hardy Boys series, and producing four top-40 records. Jones and Cassidy divorced in 1975.[6]

In his 1994 autobiography, C'Mon, Get Happy, Cassidy's eldest son David wrote that he became increasingly concerned about his father in the last years of his life. The elder Cassidy, who suffered from bipolar disorder and alcoholism, was displaying increasingly erratic behavior. In 1974, his neighbors were shocked to see him watering his front lawn naked in the middle of the afternoon.[7] Cassidy's second wife, Shirley Jones, described a similar incident when she found him sitting naked in a corner of their house, reading a book. Jones said to him that they had to get ready to do a show, and he calmly looked up and said, "I know now that I'm Christ".[8] In December 1974, Cassidy was hospitalized in a psychiatric facility for 48 hours.[9] At that time, Jones found out that he had been previously diagnosed with bipolar disorder.[10]

David Cassidy said his father was bisexual, citing personal accounts and reports, both anecdotal and published, of his father's same-sex affairs, something neither he nor his siblings knew until after their father's death.[11] In her 2013 memoir, Shirley Jones wrote that Cassidy had many same-sex affairs, including one with Cole Porter.[12]

On December 11, 1976, Cassidy invited his ex-wife, Shirley Jones, to his home, an apartment in West Hollywood, California, for drinks, but she declined.[13]

In the early morning of December 12, 1976, Cassidy lit a cigarette and fell asleep on his Naugahyde couch.[14] Asleep, he dropped the cigarette, igniting the couch. The flames spread throughout the apartment and building.[6] At 6:15 a.m., the blaze was discovered by Deputy Sheriff John DiMatteo, who evacuated the building, and entered Cassidy's apartment. A body was found near the front door of the apartment among the ashes, and was identified as Cassidy's[15] by dental records[16] and a signet ring that he wore, bearing the Cassidy family crest.[1][17] His remains were cremated and scattered in the Pacific Ocean.[18]

Cassidy was approved for a star on the Hollywood Walk of Fame in 2005, and fundraising efforts are currently underway to fund the dedication ceremony. As of July 2018, he is not listed in their on-line database.

Tony Award for Best Performance by a Featured Actor in a Musical
Authority control
Categories
Categories: