Conference of the National Basketball Association
This article needs additional citations for verification. Please help improve this article by adding citations to reliable sources. Unsourced material may be challenged and removed.Find sources: "Western Conference" NBA – news · newspapers · books · scholar · JSTOR (July 2014) (Learn how and when to remove this template message)

The current divisional alignment was adopted at the start of the 2004–05 season, when the now Charlotte Hornets began play as the NBA's 30th franchise. This necessitated the move of the New Orleans Pelicans from the Eastern Conference's Central Division to the newly created Southwest Division of the Western Conference. 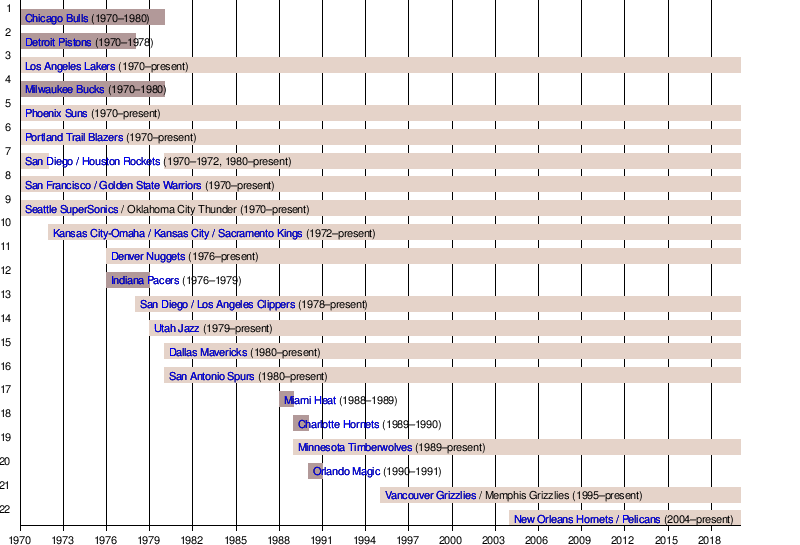