Little is known about his upbringing. He entered Westminster School in 1658, where he boarded for three years at the house of Dr. Richard Busby, the headmaster and his father's former tutor at Christ Church, Oxford. Daniel also went to Christ Church and the excellence of his studies made his father doubt their authenticity. He matriculated at Christ Church as a Gentleman Commoner on 26 July 1662.[2] In April 1663 his father wrote to him, advising that he "loose not the reputation which I am told you have gayn'd of diligence and sobriety".[3] His father also advised him a month after he had arrived in Oxford "to frequent the publique prayers, and study to reverence and defend, as well as to obey, the Church of England" and when his first Easter away from home was approaching, he wrote, "Nothing can make you truly wise but such a religion as dwells upon your heart and governs your whole life". However Finch suffered from illness and it may be due to this that he left Oxford without graduating.[4] Finch went on his Grand Tour from 1665 to 1668, visiting Frankfurt, Munich, Venice, Florence, Naples, Rome and Paris.[5] After he returned to England he was appointed a Fellow of the Royal Society and his cousin Sir Roger Twysden wrote to Finch's father that "every body speaks him a very gentleman, and one you and your lady are likely to have much comfort in".[6]

Daniel Finch entered parliament for Lichfield in 1679. In 1682 he succeeded his father as Earl of Nottingham. He was one of the privy councillors who in 1685 signed the order for the proclamation of the Duke of York, but during the whole of the reign of James II he kept away from the court. At the last moment he hesitated to join in the invitation to William of Orange and after the flight of James II he was the leader of the party who were in favour of James being King in name and William being regent.[7]

He declined the office of Lord Chancellor under William and Mary, but accepted that of Secretary of State, retaining it until December 1693. Under Queen Anne in 1702, he again accepted the same office in the ministry of Lord Godolphin, but finally retired in 1704.[7]

In 1711, during the War of the Spanish Succession, the Tory ministry of Robert Harley, 1st Earl of Oxford was attempting to negotiate peace with France. On 7 December Finch moved the 'No peace without Spain' amendment to the vote of thanks, which condemned any peace with France that left Spain and the West Indies in possession of a member of the House of Bourbon. Finch spoke for one hour and declared that "though he had fourteen children, he would submit to live upon five hundred pounds a year rather than consent to those dark and unknown conditions of peace".[8]

On the accession of King George I he was made Lord President of the Council but in 1716 he finally withdrew from office. On 9 September 1729 he succeeded to the title Earl of Winchilsea (which thenceforth became united with his paternal title of Earl of Nottingham) and died on 1 January 1730.[7]

Portrait of Anne Hatton by Jonathan Richardson, circa 1726 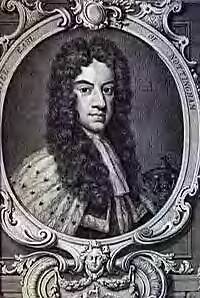 The Whig historian Lord Macaulay said of Lord Nottingham in 1848:[17]


This son, Earl Daniel, was an honourable and virtuous man. Though enslaved by some absurd prejudices, and though liable to strange fits of caprice, he cannot be accused of having deviated from the path of right in search either of unlawful gain or of unlawful pleasure. Like his father he was a distinguished speaker, impressive, but prolix, and too monotonously solemn. The person of the orator was in perfect harmony with his oratory. His attitude was rigidly erect: his complexion so dark that he might have passed for a native of a warmer climate than ours; and his harsh features were composed to an expression resembling that of a chief mourner at a funeral. It was commonly said that he looked rather like a Spanish grandee than like an English gentleman. The nicknames of Dismal, Don Dismallo, and Don Diego, were fastened on him by jesters, and are not yet forgotten. He had paid much attention to the science by which his family had been raised to greatness, and was, for a man born to rank and wealth, wonderfully well read in the laws of his country. He was a devoted son of the Church, and showed his respect for her in two ways not usual among those Lords who in his time boasted that they were her especial friends, by writing tracts in defence of her dogmas, and by shaping his private life according to her precepts. Like other zealous churchmen, he had, till recently, been a strenuous supporter of monarchical authority. But to the policy which had been pursued since the suppression of the Western insurrection he was bitterly hostile, and not the less so because his younger brother Heneage had been turned out of the office of Solicitor General for refusing to defend the King's dispensing power.