Union Station is a building in Houston, Texas, in the United States. Dedicated on March 2, 1911, and formerly a hub of rail transportation, the building now serves as a cornerstone for Minute Maid Park.[2] It is listed on the National Register of Historic Places, and has since been superseded by Houston's Amtrak station.

Construction and rail use

An illustration of Union Station, 1913

In 1909 the Houston Belt and Terminal Railway Company commissioned the design of a new union station for Houston from New York City-based architects Warren and Wetmore. The location called for the demolition of several structures of Houston prominence. Horace Baldwin Rice's residence and Adath Yeshurun Congregation's synagogue among other structures were removed.[3]

With an original estimated cost of US$1 million, Union Station was constructed by the American Construction Company for an eventual total of five times that amount.[4] Exterior walls were constructed of granite, limestone, and terracotta, while the interior used an extensive amount of marble. It was completed and opened on March 1, 1911. At the time, Houston, with seventeen railways, was considered the main railroad hub of the Southern United States.[5] This is also evident by the Seal of Houston, which prominently features a locomotive. Two more floors were added the following year.[6]

The station served as the main inter-city passenger terminal for Houston for over seven decades thereafter. 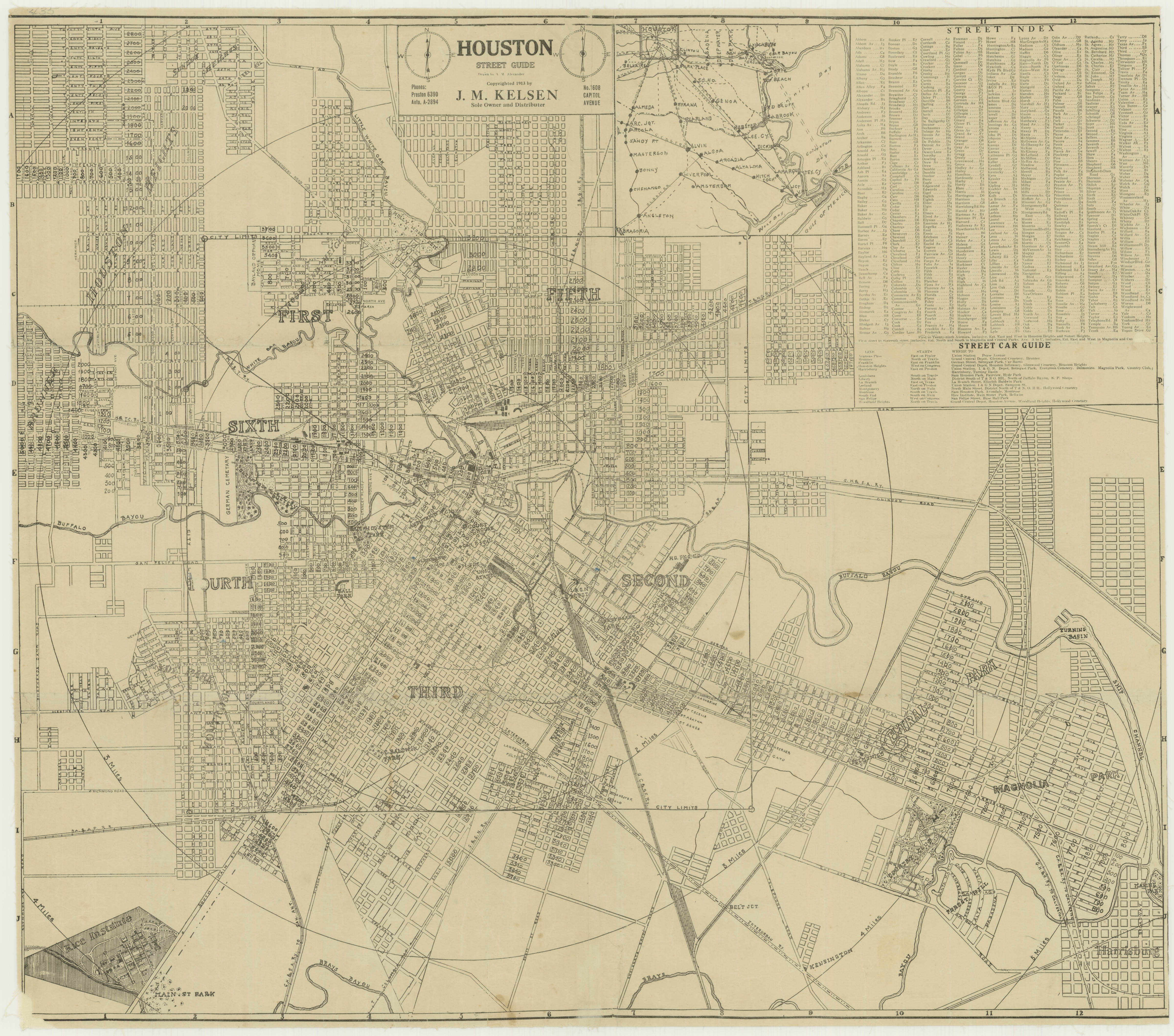 Section of a map of Houston from 1913, showing the location of the station and yards, the eventual ballpark site. (Select the image to view the full map.)

Passenger rail declined greatly after World War II. When Amtrak took over most intercity rail service in 1971, Union Station was one of two stations used by the new company, the other being the new Southern Pacific station built in 1959 that served the Sunset Limited. However, it soon became apparent that Amtrak could not afford to maintain two stations in the area. The last regularly-scheduled train that stopped at Union Station, the Lone Star (successor of the Texas Chief), was rerouted to the Southern Pacific station on July 31, 1974. With this move, the building effectively ceased to be a public facility and was taken over by the Houston Belt & Terminal and its parent railroads as office space and a dispatching center. One section of the building in the south end of the second floor was leased to the Houston Society of Model Engineers, which operated a large HO scale model railroad layout they named the "Texas, Crawford & Prairie RR", after the three streets which form the boundary of the original property of the station. On November 10, 1977, the building was named to the National Register of Historic Places.

Use in the 21st century

In 2005 Southern Pacific 2-10-2 982 was moved from Hermann Park to the corner of Texas Avenue and Avenidas de las Americas between the George R. Brown Convention Center and Union Station.[8] In 2013 it was donated to the Nau Center for Texas Culture to be located in the Get Big Things Done gallery [9] However, construction of the Center was halted in March 2015 due to "[s]kyrocketing construction costs and the challenge of raising $80 million within a short period..."[10] Union Station Lobby is the main entrance to Minute Maid Park, and the former concourse of Union Station

Plans for a new Houston ballpark to replace the Astrodome began in 1995, and originally called for a site to be used at the Astrodomain. In August 1996, Houston's Union Station received a US$2 million grant from the Texas Transportation Commission for renovation in a separate project.[11] Plans for the new ballpark's location drastically changed by September mostly in response to Enron Chairman Kenneth Lay's input and pledge to substantially contribute to funding if placed downtown.[12] It was at this time that the Union Station location was proposed by Lay.