Active for more than six decades, Meredith has been called "a virtuosic actor" and "one of the most accomplished actors of the century".[3][4][1] A lifetime member of the Actors Studio,[5][6] he won several Emmys,[7] was the first male actor to win the Saturn Award for Best Supporting Actor twice, and was nominated for two Academy Awards.[7]

He established himself as a leading man in Hollywood with critically acclaimed performances as Mio Romagna in Winterset (1936), George Milton in Of Mice and Men (1939), and Ernie Pyle in The Story of G.I. Joe (1945).

Meredith was known later in his career for his appearances on The Twilight Zone and for portraying both arch-villain the Penguin in the 1960s TV series Batman and boxing trainer Mickey Goldmill in the Rocky film series. For his performances in The Day of the Locust (1975) and Rocky (1976), he received nominations for the Academy Award for Best Supporting Actor. He later appeared in the comedy Foul Play (1978) and the fantasy film Clash of the Titans (1981). He narrated numerous films and documentaries during his long career.[8]

"Although those performances renewed his popularity," observed Mel Gussow in The New York Times, "they represented only a small part of a richly varied career in which he played many of the more demanding roles in classical and contemporary theater—in plays by Shakespeare, O'Neill, Beckett and others."[1]

Meredith was born in 1907 in Cleveland, Ohio, the son of Ida Beth (née Burgess) and Dr. William George Meredith, a Canadian-born physician of English descent.[1][9][10] His mother came from a long line of Methodist revivalists,[1] a religion to which he adhered throughout his lifetime. Meredith graduated from Hoosac School in 1926 and then attended Amherst College (class of 1931). He left Amherst, and became a reporter for the Stamford Advocate.[11] In The Remarkable Mr. Pennypacker (1951)

In 1929, he became a member of Eva Le Gallienne's Civic Repertory Theatre company in New York City. Although best known to the larger world audience for his film and television work, Meredith was an influential actor and director for the stage. He made his Broadway debut as Peter in Le Gallienne's production of Romeo and Juliet (1930) and became a star in Maxwell Anderson's Winterset (1935), which became his film debut the following year. His early life and theatre work were the subject of a New Yorker profile.[12] In 1935, he starred along with Hugh Williams at the Martin Beck Theatre in John Van Druten's Flowers of the Forest.[13]

He garnered critical acclaim in the 1935 Broadway revival of The Barretts of Wimpole Street starring Katharine Cornell.[citation needed] She subsequently cast him in several of her later productions. Other Broadway roles included Van van Dorn in High Tor (1937), Liliom in Liliom (1940), Christy Mahon in The Playboy of the Western World (1946), and Adolphus Cusins in Major Barbara (1956). He created the role of Erie Smith in the English-language premiere of Eugene O'Neill's Hughie at the Theater Royal in Bath, England in 1963. He played Hamlet in avant garde theatrical and radio productions of the play.[14]

A distinguished theatre director, he earned a Tony Award nomination for his 1974 Broadway staging of Ulysses in Nighttown, a theatrical adaptation of the "Nighttown" section of James Joyce's Ulysses. Meredith also shared a Special Tony Award with James Thurber for their collaboration on A Thurber Carnival (1960).[15] In the late seventies, he directed Fionnula Flanagan's one-woman multi-role play James Joyce's Women, which toured for several years.[16] 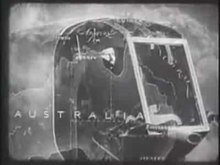 Early in his career, Meredith attracted favorable attention, especially for playing George in a 1939 adaptation of John Steinbeck's Of Mice and Men and as war correspondent Ernie Pyle in The Story of G.I. Joe (1945). He was featured in many 1940s films, including three—Second Chorus (1940), Diary of a Chambermaid (1946), and On Our Merry Way (1948) — co-starring his then-wife Paulette Goddard. As a result of the House Committee on Un-American Activities investigation, Meredith was placed on the Hollywood blacklist, and was largely absent from film for the next decade, though he remained involved in stage plays and radio during this time.[17]

Meredith was a favorite of director Otto Preminger, who cast him in Advise and Consent (1962), The Cardinal (1963), In Harm's Way (1965), Hurry Sundown (1967), Skidoo (1968), and Such Good Friends (1971).[1] He was in Madame X (with Lana Turner, 1966) and Stay Away Joe (1968), appearing as the father of Elvis Presley's character.[18] He was acclaimed by critics for his performance as Harry Greener in The Day of the Locust (1975) and received nominations for the BAFTA, Golden Globe, and Academy Award for best supporting actor.[19] Meredith then played Rocky Balboa's trainer Mickey Goldmill in the first three Rocky films (1976, 1979, and 1982).[20][21] Though his character died in the third Rocky film,[22] he returned briefly in a flashback in the fifth film, Rocky V (1990).[23] His portrayal in the first film earned him his second consecutive nomination for the Academy Award for Best Supporting Actor.[24]

Meredith directed the movie The Man on the Eiffel Tower (1949) starring Charles Laughton, which was produced by Irving Allen. Meredith also was billed in a supporting role in this film.[28] In 1970, he directed (as well as co-wrote and played a supporting role in) The Yin and the Yang of Mr. Go, an espionage caper starring James Mason and Jeff Bridges.[29] Meredith as Henry Bemis in The Twilight Zone episode, "Time Enough at Last"

Meredith appeared in four different starring roles in the anthology TV series The Twilight Zone, tying him with Jack Klugman for the most appearances on the show in a starring role.[30]

In his first appearance in 1959, "Time Enough at Last", he portrayed a henpecked bookworm who finds himself the sole survivor of an unspecified apocalypse which leads him to contemplate suicide until he discovers the ruins of the library.[31] In 1961's "Mr. Dingle, the Strong", Meredith played the title character, a timid weakling who receives superhuman strength from an extraterrestrial experiment in human nature.[32] Also that year in "The Obsolete Man", Meredith portrayed a librarian sentenced to death in a dystopic totalitarian society.[33] Lastly, in 1963's "Printer's Devil", Meredith portrayed the Devil himself.[34] He later played two additional roles in Rod Serling's other anthology series, Night Gallery.[35] Meredith was the narrator for Twilight Zone: The Movie in 1983.[36]

He appeared in various other television programs, including the role of Christopher Norbert III, in the 1962 episode "Hooray, Hooray, the Circus Is Coming to Town" of the NBC medical drama about psychiatry, The Eleventh Hour, starring Wendell Corey and Jack Ging. He also guest starred in the ABC drama about psychiatry, Breaking Point, in the 1963 episode titled "Heart of Marble, Body of Stone". Meredith as the Penguin on the 1960s TV show Batman

From 1972 to 1973, Meredith played V. C. R. Cameron, director of Probe Control, in the television movie/pilot Probe and then in Search, the subsequent TV series (the name was changed to avoid conflict with a program on PBS).

Meredith won an Emmy Award as Outstanding Supporting Actor in a Comedy or Drama Special for the 1977 television film Tail Gunner Joe, a fictitious study of U.S. Senator Joseph McCarthy, the anticommunist politician active in the 1950s. He was cast as crusading lawyer Joseph Welch.[37]

In 1992, Meredith narrated The Chaplin Puzzle, a television documentary that provides a rare insight into Charles Chaplin's work, circa 1914, at Keystone Studios and Essanay, where Chaplin developed his Tramp character.[38] Coincidentally, Meredith married actress Paulette Goddard in 1944 following her divorce from Chaplin.[17]

In 1942, Meredith enlisted in the United States Army Air Forces during World War II, reaching the rank of captain.[39] After transferring to the Office of War Information, he made training and education films for America's armed forces. In 1943 he performed in the USAAF's recruiting short The Rear Gunner and the U.S. Army training film A Welcome to Britain for troops heading to the UK in preparation for the liberation of Europe.[40] He was released from duty in 1944 to work on the movie The Story of G.I. Joe, in which he played the war correspondent Ernie Pyle.[41] He was discharged from the USAAF in 1945.[39]

Meredith also performed voice-over work. He provided the narration for the war film A Walk in the Sun (1945).[42] As a nod to his longtime association with original Twilight Zone series, he served as narrator for the 1983 film based on the series.[36] He was a TV commercial voice for such clients as Bulova, Honda, Pioneer, Stokely-Van Camp, United Airlines, and Freakies breakfast cereal.[citation needed] He also provided the narration for the short film Works Of Calder, a 1949-50 film by Herbert Matter which featured a musical soundtrack by the composer John Cage.[43]

He supplied the narration for the 1974–75 ABC Saturday morning series Korg: 70,000 B.C.[44] and was the voice of Puff in the series of animated adaptations of the Peter, Paul, and Mary song Puff, the Magic Dragon.[45] In the mid-1950s, he was one of four narrators of the NBC and syndicated public affairs program, The Big Story (1949–58), which focused on courageous journalists. In 1991, he narrated a track on The Chieftains' album of traditional Christmas music and carols, The Bells of Dublin.[46]

He acted in the Kenny G music video of "Have Yourself a Merry Little Christmas", which was released in 1994. He played the main character, a projectionist at a movie theater.[47]

His last role before his death was the portrayal of both Hamilton Wofford and Covington Wofford characters in the 1996 video game Ripper by Take-Two Interactive.[48] Meredith was considered to play the Penguin's father in the 1992 Tim Burton film Batman Returns, but illness prevented him from appearing[19] and the role was taken by Paul Reubens.[49]

Meredith was a lifelong Democrat and frequent donor to the party.[51] He wrote in his 1994 autobiography So Far, So Good that he suffered from violent mood swings caused by cyclothymia, a form of bipolar disorder.[9]

On September 9, 1997, Meredith died at age 89 from complications of Alzheimer's disease and melanoma, and his remains were cremated.[2] Friend Adam West spoke at his memorial service.

Meredith won a Primetime Emmy Award for Supporting Actor in 1977 for Tail Gunner Joe,[52] and was nominated for the same award the next year for The Last Hurrah, a remake of the film starring Spencer Tracy.[53] He was nominated for Best Supporting Actor by the Academy of Science Fiction, Fantasy and Horror Films three times, in 1978, 1979, and 1982, and won the last two times, for Magic and Clash of the Titans.

In 1962, Meredith won a Best Supporting Actor award from the National Board of Review, for Advise & Consent,[54] and in 1985 he was nominated for a CableAce Award for his performance in Answers.

Meredith received a Special Tony Award in 1960 for directing A Thurber Carnival.[55]

For his contributions to the motion picture industry, Meredith has a star on the Hollywood Walk of Fame.[56] For his onstage contributions, he was inducted into the American Theater Hall of Fame.[57]

A 21-acre (8.5 ha) park was named for him in Pomona, New York, and he provided the funding to incorporate the village.[58]