City in Northern Taiwan
This article may be expanded with text translated from the corresponding article in Chinese. (September 2020) Click [show] for important translation instructions. Machine translation like DeepL or Google Translate is a useful starting point for translations, but translators must revise errors as necessary and confirm that the translation is accurate, rather than simply copy-pasting machine-translated text into the English Wikipedia. Do not translate text that appears unreliable or low-quality. If possible, verify the text with references provided in the foreign-language article. You must provide copyright attribution in the edit summary accompanying your translation by providing an interlanguage link to the source of your translation. A model attribution edit summary is Content in this edit is translated from the existing Chinese Wikipedia article at [[:zh:新竹市]]; see its history for attribution. You should also add the template ((Translated|zh|新竹市)) to the talk page. For more guidance, see Wikipedia:Translation.
City in Taiwan Province, Republic of China

Hsinchu[I] (/ˈʃɪnˈdʒuː/,[3] Chinese: 新竹, Pinyin: Xīnzhú, Wade–Giles: Hsin¹-chu²) is a city located in northwestern Taiwan. It is the most populous city not among the special municipalities, with estimated 446,701 inhabitants.[4] Hsinchu is a coastal city bordering the Taiwan Strait to the west, Hsinchu County to the north and east, and Miaoli County to the south. Nicknamed the Windy City for its stong northeastern monsoon during the autumn and winter seasons.

The area was originally settled by Taiwanese indigenous peoples, with the settlement being named "Tek-kham" by the Hoklo immigrants. The city was founded by Han Chinese settlers in 1711, and renamed to its current form in 1878. During the Japanese Era, the city was the seat of Shinchiku Prefecture, named after the city. The prefecture encompassed present-day Hsinchu City and County, as well as entire Taoyuan and Miaoli. After the ROC rule in 1945, the urban area of Hsinchu was organized as a provincial city.

In 1980, the Taiwanese government established the Hsinchu Science Park, a major industrial park, currently one of the world's most significant centers for semiconductor manufacturing, industrial and computer technology development. The park contributes a major proportion of Taiwan's GDP. This made Hsinchu a vital economic hub for the worldwide semiconductor industry; the headquarters of TSMC, world's largest independent semiconductor foundry, and United Microelectronics Corporation, are both located in the park.

Besides its industry, Hsinchu is also an important cultural center of Taiwan. The Chenghuang Temple of Hsinchu, built during the Kingdom of Tungning, is a common prayer destination. The research institutions of National Yang Ming Chiao Tung University and National Tsing Hua University are both located near the science park. In 2020, Hsinchu is classified as a "Sufficiency" level global city by the Globalization and World Cities Research Network.[5]

Hsin-chu is the Wade-Giles romanization of the Mandarin pronunciation of the Chinese name 新竹. The same name is rendered Xīnzhú in Hanyu Pinyin and Sinjhú in Tongyong Pinyin.

Hsinchu is popularly nicknamed "The Windy City" for its windy climate[citation needed] and "The Garden City of Culture and Technology" by its tourism department.[7]

The area around Hsinchu was inhabited by the Taokas, Saisiyat, and Atayal aborigines[citation needed] when the Spanish occupied northern Taiwan in the 17th century. Catholic missionaries reached the settlement of Tek-kham in 1626. The Spanish were expelled by the Dutch a few decades later.

Under the Qing, a Chinese town was established at Tek-kham by Wang Shijie and other Han settlers in 1711.[7]

As part of the reorganization of Taiwan by Shen Baozhen, the viceroy of Liangjiang, Zhuqian Subprefecture (i.e., Tek-kham) was raised to the level of a county and renamed Xinzhu (i.e., Sin-tek or Hsinchu) in 1878.[9] When Taiwan was made a province in 1887, Hsinchu was made a part of Taipeh Prefecture. Map of Hsinchu (labeled as SHINCHIKU) and surrounding area (1944)

During the Japanese occupation following the First Sino-Japanese War, the city—known at the time as Shinchiku—was among the province's most populous. In 1904, its 16,371 residents ranked it in 7th place, behind Keelung and ahead of Changhua ("Shoka"). Shinchiku was raised to town status in 1920 and city status in 1930. At the same time, it became the seat of Shinchiku Prefecture. In 1941, its prefecture was expanded, annexing Xiangshan ("Kōzan"). Jiugang ("Kyūminato") and Liujia ("Rokka") merged to become Zhubei ("Chikuhoku").

The Nationalist government of the Republic of China established the Hsinchu City Government in 1945 to oversee all of what had been Shinchiku Prefecture under the Japanese.

In 1946, the Take-Over Committee dissolved and replaced by the Hsinchu County Government, located in Taoyuan. As the administrative districts were readjusted, Hsinchu was granted provincial city status. It used the old prefecture office as its city hall at 120 Chung Cheng Road. In February 1946, representative congresses were formed for seven district offices. On 15 April, the city congress was formed. Provincial representatives were elected from among the city legislators.

On 16 August 1950, the administrative districts on Taiwan were re-adjusted once more, demarcating 16 counties and 5 provincial cities.

From 1994 to 1999, as Taiwan made its transition from authoritarian rule to a representative democracy and the mostly pro forma provincial level of government began to be dissolved, regulations were established for the self-government of Hsinchu. A deputy mayor, consumer officer, and three consultants were added to the city government. In 2002, the city added a Bureau of Labor and transferred Compulsory Military Service to the Department of Civil Service.

Hsinchu's climate is humid subtropical (Koppen: Cfa). The city is located in a part of the island that has a rainy season that lasts from February to September, with the heaviest time coming late April through August during the southwest monsoon, and also experiences meiyu in May and early June.[11] The city succumbs to hot humid weather from June until September, while October to December are arguably the most pleasant times of year. Hsinchu is affected by easterly winds off of the East China Sea. Natural hazards such as typhoons and earthquakes are common in the region.[12][13][14] 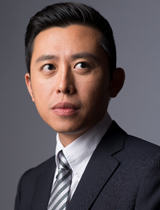 Colors indicate the common language status of Hakka within each division.

Hsinchu City voted one Democratic Progressive Party legislator to be in the Legislative Yuan during the 2016 Taiwan general election.[18]

The Hsinchu Science Park is home to 360 high tech companies. As a result, the city has the highest income level in Taiwan.[19]

The purpose of the park is to attract high tech investment to Taiwan and to make the area the economic center for the information industry. The park is designed to cater for high quality R&D, production, work, life and also recreation. From its establishment in 1978, the government has invested over NT$30 billion on software and hardware ventures. In 2001, it developed 2.5 km2 (0.97 sq mi) of land in the park and 0.5 km2 (0.19 sq mi) in southern Hsinchu, attracting 312 high-tech companies' investments. Viewing the performance of Hsinchu Science Park in the past 21 years, it can be said that it holds a decisive position in the economic development in Taiwan, with international acclaim.

Although the semiconductor and related electronic businesses have been doing well, they face fierce competition from South Korea and the United States. This has resulted in lower profits and over-supply of some electronic products such as memory and semiconductors. Therefore, manufacturers, government, academia, and the R&D sectors all recognize the challenges faced by Taiwan's high-tech development. The government has endeavored to upgrade Hsinchu Science Park into a global manufacturing and R&D center of high-end products. They also plan to intensify the cooperation among the manufacturing, academic, and research sectors by introducing incubation centers, in order to elevate the technological standard in the park. Further, through the development of the northern, central, and southern industrial park and its satellite sites, it hopes to sow the seeds of high tech business in all of Taiwan, leading to a vigorous era of high tech development. Hsinchu City is one of the most focused educational centers in northern Taiwan. It has six universities in this concentrated area and among these universities, National Yang Ming Chiao Tung University and National Tsing Hua University are highly focused by government in Taiwan on its academic development. Other public and private educational institutions in the city included 33 elementary schools, 19 middle schools, 12 high school and complete secondary school.

Hsinchu City is mainly served by Hsinchu TRA station along with five other minor TRA stations on both Western Trunk line and Neiwan Line. There is also a HSR station on the high-speed line from Taipei to Zuoying.

Hsinchu City has recently created a series of cycling routes to help cyclists navigate the city more easily. Hsinchu is home to many cycling clubs

Pleasure and fishing ports are located at Nanliao Street, North District and in Haishan, Xiangshan district.

Military air base in North District.

Hsinchu is twinned with:[26]