This article may be expanded with text translated from the corresponding article in Japanese. (April 2017) Click [show] for important translation instructions. Machine translation like DeepL or Google Translate is a useful starting point for translations, but translators must revise errors as necessary and confirm that the translation is accurate, rather than simply copy-pasting machine-translated text into the English Wikipedia. Consider adding a topic to this template: there are already 2,735 articles in the main category, and specifying|topic= will aid in categorization. Do not translate text that appears unreliable or low-quality. If possible, verify the text with references provided in the foreign-language article. You must provide copyright attribution in the edit summary accompanying your translation by providing an interlanguage link to the source of your translation. A model attribution edit summary is Content in this edit is translated from the existing Japanese Wikipedia article at [[:ja:]]; see its history for attribution. You should also add the template ((Translated page)) to the talk page. For more guidance, see Wikipedia:Translation. 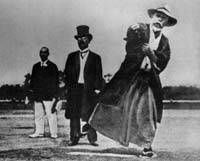 In the past teams from overseas have participated in the tournament. Korea fielded teams from 1921 to 1940; both Taiwan and Manchuria had teams participate from 1923 to 1940.

The 49 schools taking part in the final tourney represent regional champions of each of the prefectures of Japan (with two from Hokkaidō and Tokyo). From mid-June until July, regional tournaments are held to decide who is sent to Koshien.[3]

The rules are the same as in the National High School Baseball Invitational Tournament. It is a single elimination tournament with nine inning games. Games are declared official after seven complete innings in the case of suspension (due to weather, et cetera), except for the championship game which must be played to completion. For the regional tournaments, games are ended if one team leads by at least ten runs after five innings or seven runs after seven innings, except in the championship games. Designated hitters are not used. Four umpires are used, except for night games in which two outfield line umpires are added.

The first round pairings and byes are decided by lottery. 34 teams meet in the first round, and 15 teams with byes join at the second round (32 teams play in the second round). Therefore, it takes either five or six wins for a team to win the championship. Until 2002, the four quarter finals were played in one day, but this was changed to two a day over two days to give the players time off. If rainouts continue for more than three days, four games are played in one day. This occurred in 2003, so the first time the quarter finals were played over two days was actually 2004. To accommodate the extra day, the long tradition of starting the tournament on August 8 was changed to start a day or two early.

Up to four games are played each day until the quarter finals. The starting times of each day's games is shown below. Following games are begun about 30 minutes after the previous game ends. Due to the fast pace of the pitching, four games in one day are usually completed before sunset.

For tournaments previous to 1958 there were no extra inning limits for a game tied after nine innings of play. In 1933, Masao Yoshida had pitched a complete game during a 25 inning shutout in the semifinal, an all-time record. Yoshida had thrown 336 pitches during that game. After 1958, a rematch must be called after 18 innings. The first pitcher to pitch a complete game 18 innings was Eiji Bando in a 1958 quarterfinal game. Daisuke Matsuzaka became the last pitcher to pitch a complete game over 15 innings (17 innings in 250 pitches, 1998). From 2000, the limit was reduced to 15 innings. If a game is tied after 15 innings, replays are scheduled for the following day. This first happened in the finals in 2006. Beginning in 2018, the Japan High School Baseball Federation decided in use a TieBreak with the following rules:

The tournament theme song is "The Laurels of Victory Shine on You" (Japanese: はにく, Hepburn: eikan wa kimi ni kagayaku).

Every five years, the tournament celebrates the anniversary of the founding of the tournament, and a deep crimson is used for the championship flag for commemorative purposes.

Table lists all the High Schools participating in the 2018 tournament.[7]

Some of the most famous appearances of the Japanese High School Baseball Championship in popular culture are in the manga and anime series Touch, H2 and Cross Game by Mitsuru Adachi, "Ace of Diamond" by Yuji Terajima, and Major by Takuya Mitsuda. Those series follow the struggles of different high school teams' bids to make it to the Kōshien tournament.

The 2014 hit Taiwanese film Kano is based on the true story of a high school baseball team from the Kagi Nōrin (Agriculture) High School (now known as National Chiayi University) team in Kagi (now known as Chiayi), Taiwan who qualified for the tournament for the first time in 1931 after never having won a game in its first three seasons. The team was made up of ethnic Japanese, Han Chinese and Taiwanese aborigines. The team won three games to make it to the championship game before losing 4–0 to Chukyō Shōgyō from Nagoya. This was the first of four appearances at the tournament for the Kano team, who later qualified in 1933, 1935 and 1936.