Of safety and anonymity: The diff that resulted in arrest and jail time in Belarus.

Of safety and anonymity The Russian Wikipedia edit that resulted in arrest and jail time

On 11 March 2022, Belarusian political police GUBOPiK arrested and detained Mark Bernstein, a Wikipedian from Minsk editing the Russian Wikipedia article about the Russian invasion of Ukraine, accusing him of the "spread of anti-Russian materials".

The Signpost has identified one edit in Russian Wikipedia adding the text вторжения России на Украину ("of the Russian invasion of Ukraine", in a reference to the United Nations emergency special session resolution adopted on March 2, 2022), which we believe is the one that resulted in Bernstein's arrest and jailing. It is not clear what was the legal basis for the arrest, as the 2022 Russian fake news law presumably does not extend into Belarus' borders.

Bernstein was arrested in Belarus on March 11, charged with not obeying a police order, and sentenced to 15 days in jail. Early reports incorrectly suggested that he might face 15 years in prison under the new Russian law.

The story is international news, with articles covering it by Omer Benjakob, a frequent analyst of Wikipedia matters, the Associated Press, Radio Free Europe, Deutsche Welle, and the Financial Times. Due to community policies, The Signpost can not discuss all of the media reports in detail.

Concerning the matter, Jimmy Wales said on his talkpage:

With regard to the arrest of a Wikipedia editor in Belarus I am doing all that I can to make sure that he is released safely but taking what I consider to be highly reliable professional advice, going on a PR offensive is not likely to be productive and indeed may very well be counter-productive. My silence on the matter should not be interpreted as inaction nor a lack of caring – a knee jerk pronouncement is not always the best way to help in a very specific situation where other approaches may more likely prove fruitful.

On the more general issue of the tragic decline of rights of free expression in various places, I am happy to be publicly critical but me speaking out to say that journalism is a human right is not going to surprise or shock anyone nor change the course of human history. Sadly, the world doesn't really listen to me in that way. The question of blackouts does naturally arise, and in general I have been and will continue to be more supportive of carefully targeted blackouts by the community in an effort to protect the right to free speech and in particular the right of Wikipedians to write a high quality neutral encyclopedia without fear of criminal or civil penalties of any kind. However, a very key phrase in what I just wrote it "carefully targeted". We have to ask ourselves in every case whether a blackout will be influential or listened to. We have had successful and unsuccessful blackouts in the past. I am very proud of how the SOPA/PIPA blackout prevented the passage of terrible legislation in the US. I am regretful that we lost the vote on the European Copyright Directive by 1 vote when we failed to blackout – I am 100% sure that a blackout would have convinced at least 1 member of European Parliament to change their vote and we would have stopped that particular nonsense. In the current circumstance in Russia, it would take a lot of convincing for me to believe that a blackout would do more good than harm. Given the war in Ukraine, and the incredible state-level pressure being placed on Russia by the international community (sanctions, etc.) I do not believe that Russia is very likely to say "oh no, Wikipedia is blacking out, we have to reverse our new draconian anti-free-speech laws." Indeed, given that they have – to my understanding – currently blocked Facebook, twitter, BBC News Russia, Deutsche Welle, etc. – and given that – again, to my understanding – Russian Wikipedia is doing a decent job of remaining high quality and neutral in the face of enormous emotion and potential legal pressure – I am surprised that Wikipedia isn't already blocked. I think it a testament to how popular and respected Wikipedia is that even in Russia, people understand that it is a force for good and that to block it is a very bad sign of a government gone wrong. As ever, we should all continue to monitor the situation and reflect thoughtfully on the best path forward. It's important that even in emotional circumstances, we try not to become angry with each other – assume good faith and let's see how we can help.

Netzpolitik.org has a piece titled Festnahme und Drohungen wegen Artikelbearbeitung ("Arrests and threats on account of article editing") that mentions:

Netzpolitik was careful not to name the arrested individual and redacted the names of their sources who edit on Russian Wikipedia. – B

The voting for the ratification of the Universal Code of Conduct Enforcement Guidelines opened on 7 March 2022 and concluded on 21 March 2022. Voting closed with 2352 votes across 128 home wiki projects. The final results from the voting process will be announced on Meta, along with the relevant statistics and a summary of comments as soon as they are available.

The 'home wiki' value used in these charts does not necessarily represent where a user was active during the eligibility period.

These figures should be considered preliminary. 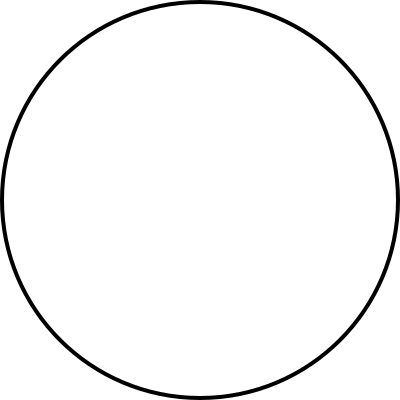 The 238 votes in the final category were from projects casting fewer than 11 votes.

Wiki Unseen, reported on last issue in the Signpost, has been garnering discussion on Wiki. Conversations on the relevance of one of the paintings was initiated on Talk:Asquith Xavier, a Files for Discussion item was opened on whether to delete the fair-use equivalents of the portraits, and other discussion with the Wikimedia Foundation and related parties is visible at m:Talk:Communications/Wiki Unseen. The major questions include whether artistic portraits can replace photos in articles, or whether fair-use photos should be deleted once artistic portraits are available. – E

Jimbo Wales, the founder of Wikipedia, hosted an "ask me anything" on Waitroom, a software allowing for "authentic conversations" between celebrities and people. Wales says It was different and fun. I've suggested to the hosts that for the next one we switch to a 5 minute format as that's more in tune with me - I like to try to fully explain myself and tell a whole story and the 2.5 minute format was tricky for me. – E

He's been around a while

User:BeenAroundAWhile, who will be 90 years old in April, started editing Wikipedia when he was 73. He recently made his 100,000th edit and is well on his way to 101,000. The Signpost congratulates him on all his achievements. Editors should feel free to congratulate him in the Comments section below with one caveat: he does not appreciate being called "dude". In this issue
27 March 2022
+ Add a commentDiscuss this story
These comments are automatically transcluded from this article's talk page. To follow comments, add the page to your watchlist. If your comment has not appeared here, you can try purging the cache.