The Japanese Government Railways (JGR) was the national railway system directly operated by the Ministry of Railways (Japanese: 鉄道省, Japanese pronunciation: [te̞t͡sɨᵝdo̞ːɕo̞ː]) of the central government of Japan until 1949. It is a predecessor of Japanese National Railways and the Japan Railways Group.

By the end of World War II in 1945, the Japanese Government Railways operated on the main Japanese islands of Honshū, Hokkaidō, Kyūshū, Shikoku and Karafuto. The railways in Taiwan and Korea were operated by the local Governor-General Offices - the Taiwan Government-General Railway and the Chosen Government Railway respectively - and were not part of JGR.

While the JGR was the only major operator of intercity railways after the railway nationalization in 1906-07, privately owned regional railways were also active. 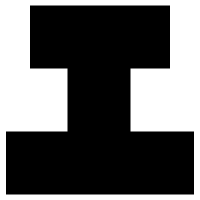 Symbol mark of the Government Railways ("工" is the kanji initial of the Ministry of Industry.)

The first railway in Japan was operated by the imperial government in 1872. The idea of centralization of the railway was promoted under the idea of "breaking down of the geographical barriers that existed in the feudal communities which hindered the centralization of authority"; placing the railways under government control was for military and political ends, the government had no intention for the central railway to be operated as a "model enterprise". Early shareholders of the railway were members of the nobility, holding "the major portion of (the) capital".[4] The governmental system was largely expanded by the promulgation of the Railway Nationalization Act in 1906. In 1920, the Ministry of Railways was established.

In 1949, JGR was reorganized to become a state-owned public corporation named the Japanese National Railways.

Before the establishment of the Japanese National Railways as a public corporation on June 1, 1949, the Japanese Government Railways were operated by the governmental agencies. The table below shows the historical operators of the JGR.[5] Translated names of ministries may not be official. Names of the operating department generally mean "department (or office, section, agency) of railways" or like.

Since opening in 1872, the railway set fares for passengers in three classes. The transportation of freight was charged based on weight and class of goods. In 1872, passengers could choose from Upper, Middle and Lower classes, which were later renamed as First, Second and Third classes. Freight was shipped using one of five rates based on 100 kin of product.[6]

A 1923 review of the shipping tariffs further explained that goods are divided into three shipping classes (according to the ways in which they are to be handled by the railway): koguchi atsukai (goods in small lots), kashikini atsukai (goods for a reserved freight car) and tokushu atsukai (goods requiring special treatment). It was also possible to ship them via futsubin (regularly-scheduled trains) and kyukobin (express trains). "It may, therefore, be fairly said that the freight rates of the State-owned railways in Japan are of absolute uniformity." As Japan is an island nation, it was noted that ocean-going vessels are a major source of competition for the freight business of the railway.[7]

The government mandated the use of automatic couplers on all cars on the system in July 1925. The system was transitioning from vacuum brakes to air brakes at this time, with most freight cars equipped with air brakes by April 1927.[9] One of the roles of the Japanese Government Railways was to attract foreign tourists to Japan. In 1930, the government created the Board of Tourist Industry (国際観光局, Kokusai Kankō Kyoku) as a section of the Japanese Government Railways (Ministry of Railways). The Board printed and distributed picture posters and English guidebooks overseas and encouraged development of resort hotels at home.[10] The Board was dissolved in 1942, following the outbreak of the Pacific War in 1941.