North Chicago is a city in Lake County, Illinois, United States, and a suburb of the Chicago metropolitan area. The population was 30,759 at the 2020 census[2] making it the 2nd largest city by population in the county, after Waukegan.

The city is also home to Rosalind Franklin University of Medicine and Science, which houses the Chicago Medical School, the Dr. William M. Scholl College of Podiatric Medicine, the College of Pharmacy, the College of Health Professions, and the School of Graduate and Postdoctoral Studies. North Chicago in the past was an important center of industry, and that past is reflected within the landscape as the area is still heavily industrialized today.

The city is situated on Lake Michigan, immediately to the south of Waukegan. Most of its territory drains directly to the lake, but the western region drains to the North Branch of the Chicago River, and ultimately, since the engineering projects of the 19th century, to the Illinois and thence to the Mississippi River and the Gulf of Mexico. 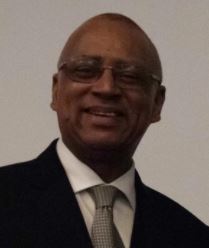 Mayor Leon Rockingham Jr. (January 2020)
This section does not cite any sources. Please help improve this section by adding citations to reliable sources. Unsourced material may be challenged and removed. (March 2010) (Learn how and when to remove this template message)

Land speculators moved into the area south of what is now the city of Waukegan in the 1890s. Industrial development began almost immediately with a railroad depot being set up in 1892; most notable was the arrival of the Washburn and Moen Manufacturing Company, a major barbed wire maker.

The settlement was incorporated as a village in 1895 and as a city in 1909. In 1911, a naval training area was created, the present Great Lakes Naval Training Center, currently the only "boot camp" for Navy enlisted personnel after the closure of facilities in Florida, California, and Houston, MS.

A Veteran's Administration hospital went into service in 1926. This facility was also threatened with closure in recent years, but has been retained on condition of merger with the Naval Hospital.

Historically, North Chicago was known for large populations of Eastern European immigrants. With the onset of the "Great Migration", large numbers of African Americans arrived in the city from states such as Arkansas and Alabama, and toward the end of the 20th century, became the best known demographic group. Housing was segregated in the mid 20th century, and until as late as 1957 the African-American section of town lacked sewers and paved roads.[5] Latterly, Latinos have arrived in significant numbers, particularly from Mexico, and now form a notable group in the city, just as they do in Waukegan to the north. It is possible that North Chicago has over time been the most diverse and multicultural municipality in Lake County.

At one time, Navy personnel were a major part of the scene in North Chicago, both the "swabbies" (enlisted men) and the officers. Now, with the degeneration of "the Strip", or entertainment district along several blocks of Sheridan Road, sailors are rarely seen north of the railroad trestle. In the fall of 2007, the city finished demolishing the buildings on Sheridan Road between Martin Luther King Drive and the railroad trestle to the north, within the framework of a new development project involving tax increment financing.

A number of movies have been filmed on the Illinois Route 137 highway through North Chicago including Groundhog Day.[6]