State of Austria
This article may be expanded with text translated from the corresponding article in German. (November 2016) Click [show] for important translation instructions. View a machine-translated version of the German article. Machine translation like DeepL or Google Translate is a useful starting point for translations, but translators must revise errors as necessary and confirm that the translation is accurate, rather than simply copy-pasting machine-translated text into the English Wikipedia. Consider adding a topic to this template: there are already 8,954 articles in the main category, and specifying|topic= will aid in categorization. Do not translate text that appears unreliable or low-quality. If possible, verify the text with references provided in the foreign-language article. You must provide copyright attribution in the edit summary accompanying your translation by providing an interlanguage link to the source of your translation. A model attribution edit summary is Content in this edit is translated from the existing German Wikipedia article at [[:de:Oberösterreich]]; see its history for attribution. You should also add the template ((Translated|de|Oberösterreich)) to the talk page. For more guidance, see Wikipedia:Translation.
State in Austria

listen); Bavarian: Obaöstareich) is one of the nine states or Länder of Austria. Its capital is Linz. Upper Austria borders on Germany and the Czech Republic, as well as on the other Austrian states of Lower Austria, Styria, and Salzburg. With an area of 11,982 km2 (4,626 sq mi) and 1.49 million inhabitants, Upper Austria is the fourth-largest Austrian state by land area and the third-largest by population.

For a long period of the Middle Ages, much of what would become Upper Austria constituted Traungau, a region of the Duchy of Bavaria. In the mid-13th century, it became known as the Principality above the Enns River (Fürstentum ob der Enns), this name being first recorded in 1264. (At the time, the term "Upper Austria" also included Tyrol and various scattered Habsburg possessions in South Germany.)

In 1490, the area was given a measure of independence within the Holy Roman Empire, with the status of a principality. By 1550, there was a Protestant majority. In 1564, Upper Austria, together with Lower Austria and the Bohemian territories, fell under Holy Roman Emperor Maximilian II.

At the start of the 17th century, the counter-reformation was instituted under Emperor Rudolf II and his successor Matthias. After a military campaign, the area was under the control of Bavaria for some years in the early 17th century.

The Innviertel was ceded from the Electorate of Bavaria to Upper Austria in the Treaty of Teschen in 1779. During the Napoleonic Wars, Upper Austria was occupied by the French army on more than one occasion.

Hallstatt, a village in Upper Austria inside the Salzkammergut

In 1918, after the collapse of Austria-Hungary, the name Oberösterreich was used to describe the province of the new Austria. After Austria was annexed by Adolf Hitler, the Nazi dictator, who had been born in the Upper Austrian town of Braunau am Inn and raised in Upper Austria, Upper Austria became Reichsgau Oberdonau, although this also included the southern part of the Sudetenland, annexed from Czechoslovakia, and a small part of Styria. In 1945, Upper Austria was partitioned between the American zone to the south and the Soviet zone to the north.

Today, Upper Austria is Austria's leading industrial region. As of 2009, it accounted for approximately a quarter of the country's exports.[2]

The majority of Upper Austrians are Christian: in 2001, 79.4% of the people still belonged to the Roman Catholic Church, about 4.4% were members of the Evangelical Lutheran Church, 4.0% where Muslims and 8.8% were of no confession.[4] By the end of 2020, the proportion of Catholics[5] had fallen to 62%, while the corresponding proportion of Protestants was about 3.1% of the Upper Austrian population. 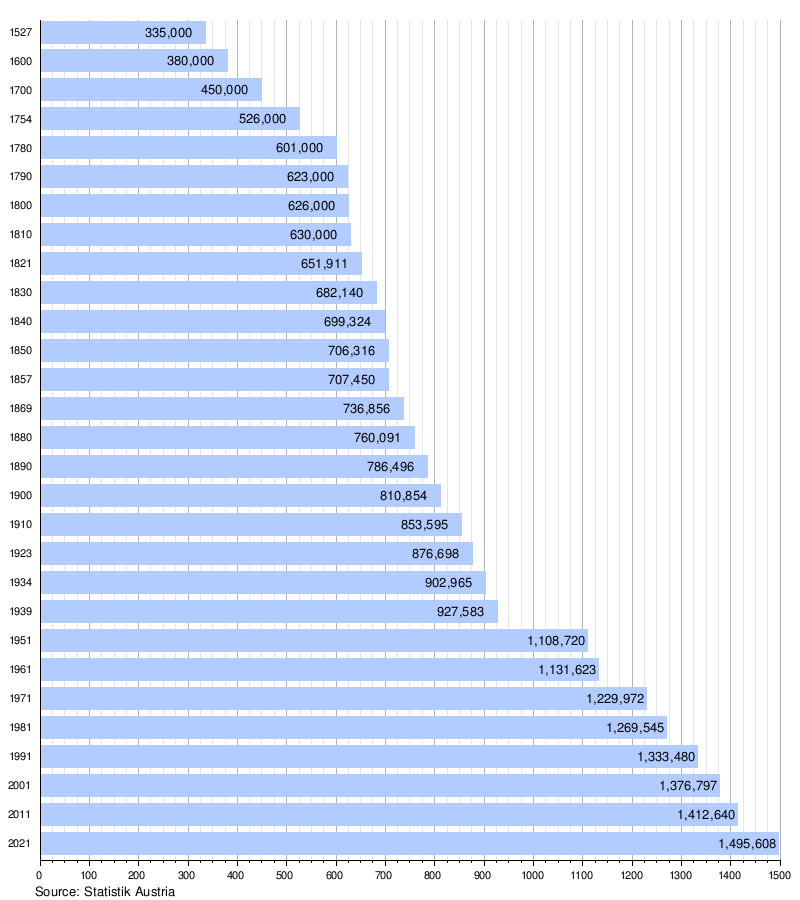 Like Styria, Upper Austria is a swing state that usually has a signal character in nationwide elections. The conservative Austrian People's Party dominates in rural areas, the Social Democratic Party of Austria has its strongholds in the cities of Linz, Wels and Steyr or in the Attnang-Puchheim railroad junction, but the right-wing populist Freedom Party of Austria has also traditionally had a strong presence, for example in the Innviertel.

Administratively, the state is divided into 15 districts (Bezirke), three Statutarstädte and 442 municipalities.