Byron "Whizzer" White was selected fourth overall in the 1938 draft – he went on to serve on the U.S. Supreme Court.

The Pittsburgh Steelers, a professional American football team based in Pittsburgh, Pennsylvania, participated in the first NFL Draft prior to the 1936 season. The franchise changed its name to the Steelers prior to the 1940 season, to represent the city's heritage of producing steel.[1]

The event, which is officially known as the "Player Selection Meeting",[2] is held each April. The draft is used as the primary means to distribute newly available talent (primarily from college football) equitably amongst the teams. Selections are made in reverse order based on the previous season's record, i.e. the club with the worst record from the previous season selects first. Through 2009, only two exceptions were made to this order: the Super Bowl champion always selects last (32nd), and the Super Bowl loser is awarded the penultimate (31st) pick. Beginning in 2010, teams making the playoffs will be seeded in reverse order depending upon how far they advance.[3] The draft consists of seven rounds. Teams have the option of trading selections for players, cash and/or other selections (including future year selections). Thus, it is not uncommon for a team's actual draft pick to differ from their assigned draft pick, or for a team to have extra or no draft picks in any round due to these trades.[4] The Steelers have traded away their first-round pick eight times; they have had two first-round selections in two drafts.

The Steelers' first selection in the inaugural NFL draft was William Shakespeare, a halfback from Notre Dame.[5] The Steelers have selected first overall three times, drafting Bill Dudley in 1942, Gary Glick in 1956 and Terry Bradshaw in 1970. The team has selected second overall once, and third overall four times.[5] Through 2021, eight Steeler first-round picks have gone on to have playing careers deemed worthy of enshrinement into the Pro Football Hall of Fame: Bill Dudley, Len Dawson, Joe Greene, Terry Bradshaw, Franco Harris, Lynn Swann, Rod Woodson, Troy Polamalu, and Alan Faneca.[6] The team's most recent first-round selection was Kenny Pickett, a quarterback from the University of Pittsburgh. 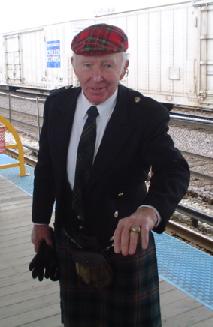 Franco Harris caught the "Immaculate Reception" in the 1972 NFL Playoffs.

Alan Faneca was a 5-time All-Pro for the Steelers after being drafted in 1998.

Troy Polamalu made the Pro Bowl six consecutive years from 2004 to 2009, and was Defensive Player of the Year in 2010.