Mexican stock exchange
This article may be expanded with text translated from the corresponding article in Spanish. (February 2013) Click [show] for important translation instructions. Machine translation like DeepL or Google Translate is a useful starting point for translations, but translators must revise errors as necessary and confirm that the translation is accurate, rather than simply copy-pasting machine-translated text into the English Wikipedia. Consider adding a topic to this template: there are already 4,946 articles in the main category, and specifying|topic= will aid in categorization. Do not translate text that appears unreliable or low-quality. If possible, verify the text with references provided in the foreign-language article. You must provide copyright attribution in the edit summary accompanying your translation by providing an interlanguage link to the source of your translation. A model attribution edit summary is Content in this edit is translated from the existing Spanish Wikipedia article at [[:es:Bolsa Mexicana de Valores]]; see its history for attribution. You should also add the template ((Translated|es|Bolsa Mexicana de Valores)) to the talk page. For more guidance, see Wikipedia:Translation.

In 2014, the Mexican Stock Exchange completed its first trade as a part of MILA which, together with the stock exchanges of Santiago, Lima, and Colombia, is the second largest securities market by total capitalisation in Latin America.

From 1880 to 1900, Plateros and Cadena streets in the historic center of Mexico City were home to recurring meetings in which brokers and businessmen purchased and sold all kinds of commodities as well as stocks in public offerings. Afterwards, exclusive groups of shareholders and issuing company representatives would gather to negotiate behind closed doors in different places around the city.

Madero Avenue, home of the first stock exchange in Mexico, is today a pedestrian mall.

In 1894, Manuel Algara, Camilo Arriaga, and Manuel Nicolín pushed, among the most distinguished brokers of the time, the idea of a normative and institutionalised system to trade securities. With the increased backing and widespread support for his ideas, the Bolsa Nacional (National Stock Exchange) was founded on 31 October 1894 at 9 Plateros Street, later renamed Madero Street. Less than a year later, another group of brokers, led by Francisco A. Llerena and Luis G. Necochea, formed a society named Bolsa de México (Stock Exchange of Mexico), and registered as a competing establishment on 14 June 1895. Because of coinciding objectives and links between members of the two institutions, leaders began discussing a union between them. On 3 September 1895, the merger was finalised, keeping the name Bolsa de México, and the administrative offices at the Plateros Street address. The company was officially inaugurated on 21 October 1895.

By the start of the following year, Bolsa de México had three public issuing companies and eight private ones, among them, the Bank of Mexico, the National Bank of Mexico, and the Banco de Londres y México [es] (later acquired by Banco Santander). On 1 March 1933, the Congress of Mexico passed and President Abelardo L. Rodríguez signed into law the Regulatory Decree of the General Law of Credit Institutions and Auxiliary Organisations, normalising the exchange of securities and the stock market in Mexico. 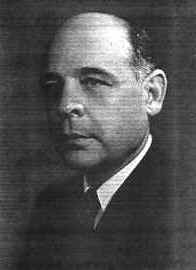 Because of the legal reforms of the time, and the concession authorised by Congress on 28 October 1933, which for the first time included stock exchanges, the charter and bylaws of the Bolsa de Valores de México, S.A. (Stock Exchange of Mexico) were approved, and on 5 September, the institution was incorporated. That same year, the National Securities Commission, later renamed National Banking and Securities Commission, was established to supervise the Bolsa de Valores de México.

Because of substantial industrial and commercial growth in Mexico mid-century, owing to the rise in the creation of maquiladoras in northern Mexico, as well as the accumulation of capital and the constant creation of new businesses at the time, the Monterrey Stock Exchange was established, and it grew to serve the entire North of the country, reaching over 100 listings.[6] Soon after, businesses in Guadalajara started organising a third stock exchange, and in 1960, the Occidental Stock Exchange was established to serve the West coast of Mexico. The National Stock Exchange is born.

Because of low performance in the Guadalajara and Monterrey stock exchanges, however, Congress passed in 1975 the Securities' Market Law, which prompted the Bolsa de Valores de México to change its name to Bolsa Mexicana de Valores (Mexican Stock Exchange) and merge the other two exchange houses into it, creating thus the single entity that remains to this day the only stock exchange in Mexico.

On 19 April 1990, the Centro Bursátil was finished on Paseo de la Reforma, turning the Stock Exchange Centre into the heart of the financial district of Mexico City. Five years later, the BMV completely modernised the centre, introducing a completely electronic system (BMV-SENTRA) which was phased into the workings of the exchange, becoming fully operational by 1999.

In 2001, Citigroup became the first foreign company to begin trading in the BMV, opening the door to many new companies to do the same, especially from Central and South America. The same year, the Securities' Market Law was reformed according to the demutualisation of BMV. The following year, the Corporativo Mexicano del Mercado de Valores, S.A. de C.V. was constituted to manage the hiring of personnel, and administration of the Stock Exchange and other financial institutions within the centre. The Stock Exchange Centre in 2012

In 2003, the global market was made available through the BMV, allowing national investors access to foreign securities from within the country. In 2006, the Mexican securities market was opened to foreigners through the MexDer system, allowing them operation from anywhere in the world. In October of the same year, four ETFs (exchange-traded funds) over indexes of the stock exchange itself were listed, placing BMV in the first place in Latin America in terms of ETFs listed over own indexes, and as the leading stock exchange in terms of total ETFs.

In 2010, the BMV signed an alliance with the world's largest derivatives exchange, the Chicago Mercantile Exchange, putting Mexican derivatives within reach of international investors.

The Mexican Stock Exchange, BMV, announced its first trade made as part of the Latin American Integrated Market (MILA by its Spanish initials) on 2 December 2014.[7] The trade on MIILA was a $1,415 purchase of 200 shares in Chilean retailer Falabella, executed by GBM Mexico through GBM Chile.[7] With the entry of Mexico into MILA, the integrated stock market now counts 798 issuers among the four countries, making it the biggest market by number of listed companies in Latin America, and the biggest in terms of market capitalization, according to the World Federation of Exchanges.[7] The joint capitalization of the four bourses tops US$1.25 trillion, making it larger than the US$1.22 trillion BM&F Bovespa.[8] The move comes largely as step in the integration efforts between Mexico, Chile, Colombia, and Peru, as members of the Pacific Alliance.

BMV is now a public company following its IPO in June 2008, and its shares are traded on the BMV equities market. It operates by concession of the Secretariat of Finance and Public Credit.[9]

Until its IPO BMV was owned by its members, which were a group of banks and brokerage firms. The exchange trades debt instruments including Federal Treasury certificates (CETES), Federal Government Development bonds (BONDES), Investment Unit bonds (UDIBONOS), Bankers acceptances, promissory notes with yield payable at maturity, commercial paper and development bank bonds. It also trades stocks, debentures, mutual fund shares, and warrants. Trading is conducted electronically through the BMV-SENTRA Equities System. Settlement is T+2, and trading hours are 8:30 a.m. to 3 p.m. for the capital markets and 8 a.m. to 2:30 p.m. for debt instruments (Monday through Friday),

The BMV calculates 13 indices of stock prices. Each index can be used as an underlying value for derivative products listed on specialized markets. The main benchmark stock index is called the IPC, which stands for Índice de Precios y Cotizaciones, and is the broadest indicator of the BMV's overall performance. It is made up of a balanced weighted selection of shares that are representative of all the shares listed on the exchange from various sectors across the economy, and is revised twice a year. Weight is determined by market capitalization. The IPC's value is related to the previous day's value, rather than the base date of October 30, 1978. Since February 2009 the IPC index has included BMV's own A shares. Indice Mexico (INMEX) is a market capitalization weighted index of 20 to 25 of the BMV's most highly marketable issuers, using their most representative series. The sample is limited to issuers with a minimum market value of $100 million and is revised every six months. The weighting cannot be greater than 10% at the start of each calculation period.