The lead section of this article may need to be rewritten. Use the lead layout guide to ensure the section follows Wikipedia's norms and is inclusive of all essential details. (August 2020) (Learn how and when to remove this template message) Washington Crossing the Delaware, an 1851 oil-on-canvas painting by artist Emanuel Leutze, dramatizing and symbolically representing George Washington's crossing of the Delaware River from Pennsylvania to New Jersey in December, 1776.

Founding Father Robert Morris said, "You will consider Philadelphia, from its centrical situation, the extent of its commerce, the number of its artificers, manufactures and other circumstances, to be to the United States what the heart is to the human body in circulating the blood."[1]

The American Revolution included both the political and social development of the Thirteen Colonies of British America, and the Revolutionary War. John Adams wrote to Thomas Jefferson in 1815: "What do We mean by the Revolution? The War? That was no part of the Revolution. It was only an Effect and Consequence of it. The Revolution was in the Minds of the People, and this was effected, from 1760 to 1775, in the course of fifteen Years before a drop of blood was drawn at Lexington. The Records of thirteen Legislatures, the Pamphlets, Newspapers in all the Colonies ought be consulted, during that Period, to ascertain the Steps by which the public opinion was enlightened and informed concerning the Authority of Parliament over the Colonies."[2] Join, or Die by Benjamin Franklin, published in The Pennsylvania Gazette was the first political cartoon in America[3] 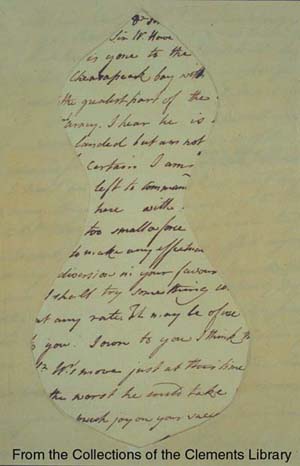 "A Dreadful Scene of Havoc" depicting the Paoli Massacre by Xavier della Gatta (1782), commissioned for a British officer who participated in the attack. Now in the collection of the Museum of the American Revolution. The March to Valley Forge (1883), famous William Trego painting now part of the collection of the Museum of the American Revolution in Philadelphia.

That two battalions of Marines be raised consisting of one Colonel, two lieutenant-colonels, two majors and other officers, as usual in other regiments; that they consist of an equal number of privates as with other battalions, that particular care be taken that no persons be appointed to offices, or enlisted into said battalions, but such as are good seamen, or so acquainted with maritime affairs as to be able to serve for and during the present war with Great Britain and the Colonies; unless dismissed by Congress; that they be distinguished by the names of the First and Second Battalions of Marines. Museum of the American Revolution in Philadelphia.

Museums, parks and other historic sites

Significant documents originating in Pennsylvania during the Revolution

The Declaration of Independence

Legacy and influence: Colony to super-power

The American Revolution had wide-reaching, long-lasting impact around the world — not the least of which were the U.S. impact on republicanism internationally, numerous unilateral declarations of independence, and its eventual emergence as the world's only super-power following the Second World War and the Cold War. Unparalleled in wealth and power, the United States has remained the world's only super-power since the fall of the Soviet Union — for nearly three decades.[19][20][21]

The Revolutionary War entangled Great Britain in conflict with its rival empires of France and Spain; and also ignited open conflict between Great Britain and the United Provinces of the Netherlands (Dutch Republic).

The Tomb of the Unknown Revolutionary War Soldier in Philadelphia Common grave memorial stone on the Brandywine battlefield in the graveyard of Birmingham Friends Meetinghouse in Birmingham Township.

A convention held in Independence Hall in 1915, presided over by former US president William Howard Taft, marked the formal announcement of the formation of the League to Enforce Peace, which led to the League of Nations and eventually the United Nations. The building is part of Independence National Historical Park and has been listed as a UNESCO World Heritage Site since 1979.[25]

The site of the Valley Forge winter encampment has been a National Historical Park since it was given as a gift to the nation during the U.S. bicentennial, and transferred from the Commonwealth of Pennsylvania to the National Park Service in 1976.

The American Battlefield Trust is working with various organizations and governments in Pennsylvania to preserve battlefields of the American Revolution, including Brandywine battlefield.[26] As of the 2010s, Chester County's government is working with the local municipalities at the sites of the Battles of Brandywine, Paoli and the Clouds, to preserve key areas in the increasingly-dense suburban communities.[27]

Many monuments and memorials exist throughout Pennsylvania dedicated to revolutionary-era figures, events, and war dead. Examples include the Tomb of the Unknown Revolutionary War Soldier in Philadelphia; the National Memorial Arch, in Valley Forge National Historical Park, Chester County — a monument built to celebrate the arrival of the Continental Army at Valley Forge; various battle monuments at Brandywine, Paoli, Wyoming, and elsewhere; and numerous statues across the state.

Wikimedia Commons has media related to Pennsylvania in the American Revolution.