The Mid-States Football Association (MSFA) is a college athletic conference affiliated with the NAIA. Member institutions are located in Illinois, Indiana, Iowa, Michigan, and Missouri. The MSFA was organized in 1993, and on-field competition began in 1994. The MSFA is divided into two leagues, the Mideast and the Midwest.

The MSFA currently has 16 member schools, all of them are private schools. In 2021, Madonna began conference play as a member of the Mideast League, and Judson has competed in the Midwest.[1] 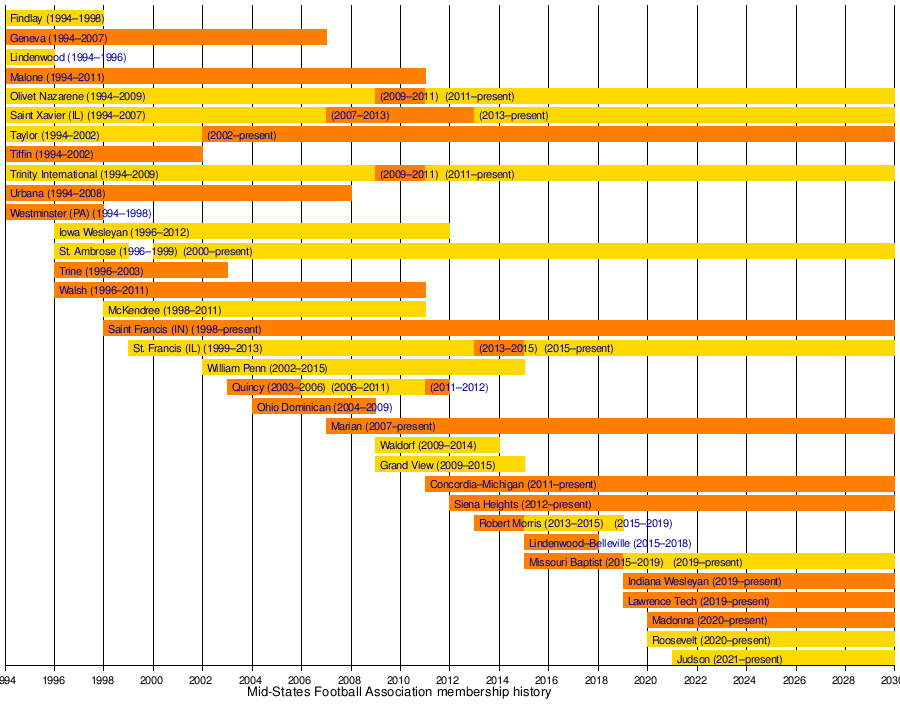