Negative of a convex function

on an interval (or, more generally, a convex set in vector space) is said to be concave if, for any

in the interval and for any

A function is called strictly concave if

, this second definition merely states that for every

on the graph of

is above the straight line joining the points 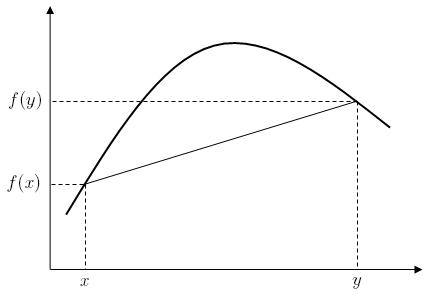 is quasiconcave if the upper contour sets of the function

Functions of a single variable