Montana affiliate of the Republican Party

The party is chaired by Don Kaltschmidt.[1] The national committeeman is currently unknown and the national committeewoman is Debra Lamm. The party is a private corporation organized of political organizations, including political action, advocacy, and interest groups. It is currently the dominant party in the state, controlling Montana's at-large U.S. House seat, one of the U.S. Senate seats, both houses of the state legislature, and the governorship.

The Montana Republican party controls all the six statewide offices and holds majorities in the Montana House of Representatives and Senate. They also hold one U.S. Senate seat and the state's at-large congressional district.

31 Members of the Montana Senate

67 Members of the Montana House of Representatives

According to Party Bylaws, conventions that are held within the state. The State Platform convention, which meets once every even-numbered year between the primary and general elections, the purpose of this convention, is to adopt a state platform. There is a State Delegate Convention, which meets every presidential year prior to the Republican National Committee; during this convention they elect the delegates and alternate delegates to the Republican National Convention. Then there is the State Officer's Convention, which meets in June each odd-numbered year, this is when the state chairman and state vice chairman are elected. These conventions are given notice by convention calls and they give notice to all meetings or conventions. There is a quorum for any business actions and are entitled to vote thereat, in person, or by proxy, and weighted votes are not considered. Proxies are allowed except when selecting delegates for the national convention. Voting is an individual basis and are only for people entitled to vote at the conventions. The Parliamentary practice is Roberts' Rules of Order, it governs all conventions and meetings and allows the state chairman to appoint a parliamentarian for any State Central Committee meeting or convention.[3]

State Central Committee is made up by the county chairman, state committeemen and committee women, and finance chairman for each county. This committee is the governing body the Montana GOP and makes up all the rules and policies for the state party. State Executive Committee is made up of many members such as state chairman, vice chairman, national committeeman and committeewoman, statewide elected federal and state officeholders, elected Republican Public Service Commissioners, the highest-ranking Republican leader from state Senate and House of Representatives, and many other Republican groups or clubs within Montana. The main purpose of this committee is to execute policies and programs of the Montana GOP between the State Central Committees. The terms of these members last as long as the chairman's term and can also end by resignation or removal. County Central Committee is found in each county in Montana and only consists of elected or appointed committeemen and committeewomen from each precinct of the county and hold officer for two years. The committee elects county chairman and vice chairman, secretary and treasurer, state and Congressional committeeman and committee woman, finance chairman, and anything else that seems important. It can adopt its own rules and come up with a county executive committee that executes the counties rules and policies. There are also other committees such as the Rules Committee. The members are appointed by the chairman and they consider or recommend rules and rule changes. Any other special committee such as the Rules Committee can be appointed by the chairman if needed.[4]

Executive director is appointed by the chairman after approval from the executive committee. The main duty is to preserve all permanent records of the State Central Committee and any other duty assigned by the chairman. finance chairman is appointed exactly like the executive director. The main duty of this officer is to raise funds for the Republican Party.

There can be other types of officers that are appointed by the chairman. These types are only appointed if needed for a particular purpose.[4]

The State Central Committee will appoint a nominee to fill a vacancy for a party candidate and the person who receives the most votes is the nominee. If one or two Congressional Districts for the state need to be filled, a committee appointed by the County Central Committee will make the appointment and the person with the most votes wins the nomination. The votes entitled to the certain members shall be weighted by comparing the Republican primary vote in each county and the Republican primary vote for the office being voted for. For each two percent or less of the total vote, there are four votes awarded to the county. Anything higher than two percent will be awarded an extra vote. The delegates at the meetings will divide the votes to each county and then the delegates will individually cast their votes.[4] Montana is considered to be a moderately Republican state.[5] There is a small percentage of Hispanic and African American votes. There is a significant number of votes from the Native American population as well.[6] Montana has voted Republican in almost every single presidential election after the national Democratic landslide of 1964, with the sole exception of Bill Clinton's narrow plurality victory in 1992.[7] Republican presidential candidate Donald Trump won Montana in 2020 with 56.9% of the total statewide vote over Democrat Joe Biden, who received 40.5%.

As of 2021/2022 the Montana Senate has a Republican majority with thirty-one of the fifty seats and a majority in the Montana House of Representatives with sixty-seven of the one hundred seats.[8] 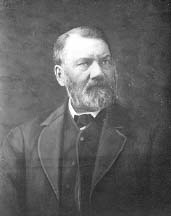 Potts was a Republican governor of Montana Territory who worked with Democrat political and business leaders to sustain a successful program of financial responsibility and economy of government during a boom period in Montana's territorial era. He was the longest-serving territorial governor in U.S. history.[9]

Sanders was a lawyer, Civil War veteran that was considered to be known as the essence of Montana Republicanism.[10] 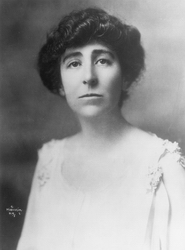 Rankin was a Republican from Montana and was also an important figure with the women's suffrage movement. Her efforts were rewarded when Montana gave women the right to vote in 1914. In 1916 she was the first woman to be elected to Congress. During her term in Congress she voted against U.S. entry in World War I. She left Congress in 1919 but was reelected in 1940. Once again she voted for peace and opposed U.S. entry in World War II.[11]