Category of areas in England The distinction between a county for purposes of the lieutenancy and a county for administrative purposes is not a new one; in some cases, a county corporate that was part of a county appointed its own lieutenant (although the lieutenant of the containing county would often be appointed to this position, as well), and the three Ridings of Yorkshire had been treated as three counties for lieutenancy purposes since the 17th century.

The term "ceremonial county" is an anachronism; at the time they were shown on Ordnance Survey maps as "counties" or "geographical counties", and were referred to in the Local Government Act 1888 simply as "counties". In 1974, administrative counties and county boroughs were abolished, and a major reform was instituted. At this time, lieutenancy was redefined to use the new metropolitan and nonmetropolitan counties directly.

Following a further rearrangement in 1996, Avon, Cleveland, Hereford and Worcester, and Humberside were abolished. This led to a resurrection of a distinction between the local government counties and the ceremonial or geographical counties used for lieutenancy, and also to the adoption of the term "ceremonial counties", which although not used in statute, was used in the House of Commons before the arrangements coming into effect.[6]

The County of Avon that had been formed in 1974 was mostly split between Gloucestershire and Somerset, but its city of Bristol regained the status of a county in itself, which it had lost upon the formation of Avon. Cleveland was partitioned between North Yorkshire and Durham. Hereford and Worcester was divided into the restored counties of Herefordshire and Worcestershire. Humberside was split between Lincolnshire and a new ceremonial county of East Riding of Yorkshire. Rutland was restored as a ceremonial county. Many county boroughs were re-established as unitary authorities; this involved establishing the area as an administrative county, but usually not as a ceremonial county.

The shrieval counties are defined by the Sheriffs Act 1887 as amended, in a similar way to the lieutenancies defined by the Lieutenancies Act 1997. Each has a high sheriff appointed (except the City of London, which has two sheriffs).

The Lieutenancies Act 1997 defines counties for the purposes of lieutenancies in terms of metropolitan and non-metropolitan counties (created by the Local Government Act 1972, as amended) as well as Greater London and the Isles of Scilly (which lie outside the 1972 Act's new system). Although the term is not used in the act, these counties are sometimes known as "ceremonial counties". The counties are defined in Schedule 1, paragraphs 2–5[2] as amended[7] (most recently in 2009[8] and 2019)[9] — these amendments have not altered the actual areas covered by the counties as set out in 1997, only their composition in terms of local government areas, as a result of structural changes in local government.[note 1]

These are the 48 counties for the purposes of the lieutenancies in England, as currently defined: 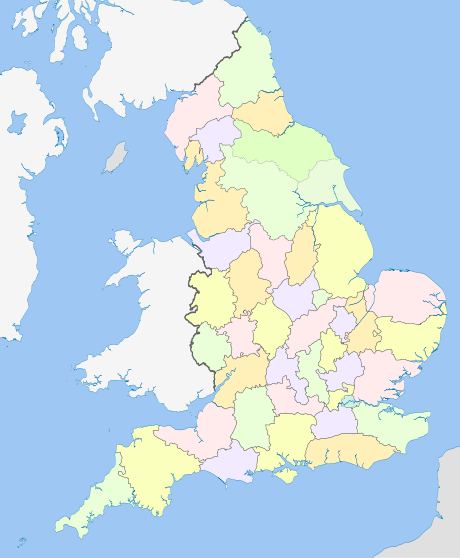