Baseball league in Florida, US

The Florida State League (FSL) is a Minor League Baseball league based in the state of Florida. Having been classified at various levels throughout its existence, it operated at Class A-Advanced from 1990 until its demotion to Single-A following Major League Baseball's 2021 reorganization of the minor leagues. The league temporarily operated for the 2021 season as the Low-A Southeast before reassuming its original moniker in 2022.

Each league member is affiliated with a Major League Baseball (MLB) team, and most play in their affiliate's spring training facility.

The league originated in 1919 with teams in Bartow, Bradenton, Lakeland, Orlando, Sanford, and Tampa, Florida. The league closed down in 1928 and resumed play in 1936. It has continued uninterrupted, except for a four-year (1942–1945) suspension during World War II.

The start of the 2020 season was postponed due to the COVID-19 pandemic before ultimately being cancelled on June 30.[6][7] As part of Major League Baseball's 2021 reorganization of the minor leagues, the Florida State League was demoted to Single-A and temporarily renamed the "Low-A Southeast" for the 2021 season.[8] Following MLB's acquisition of the rights to the names of the historical minor leagues, the Low-A Southeast was renamed the Florida State League effective with the 2022 season.[9] 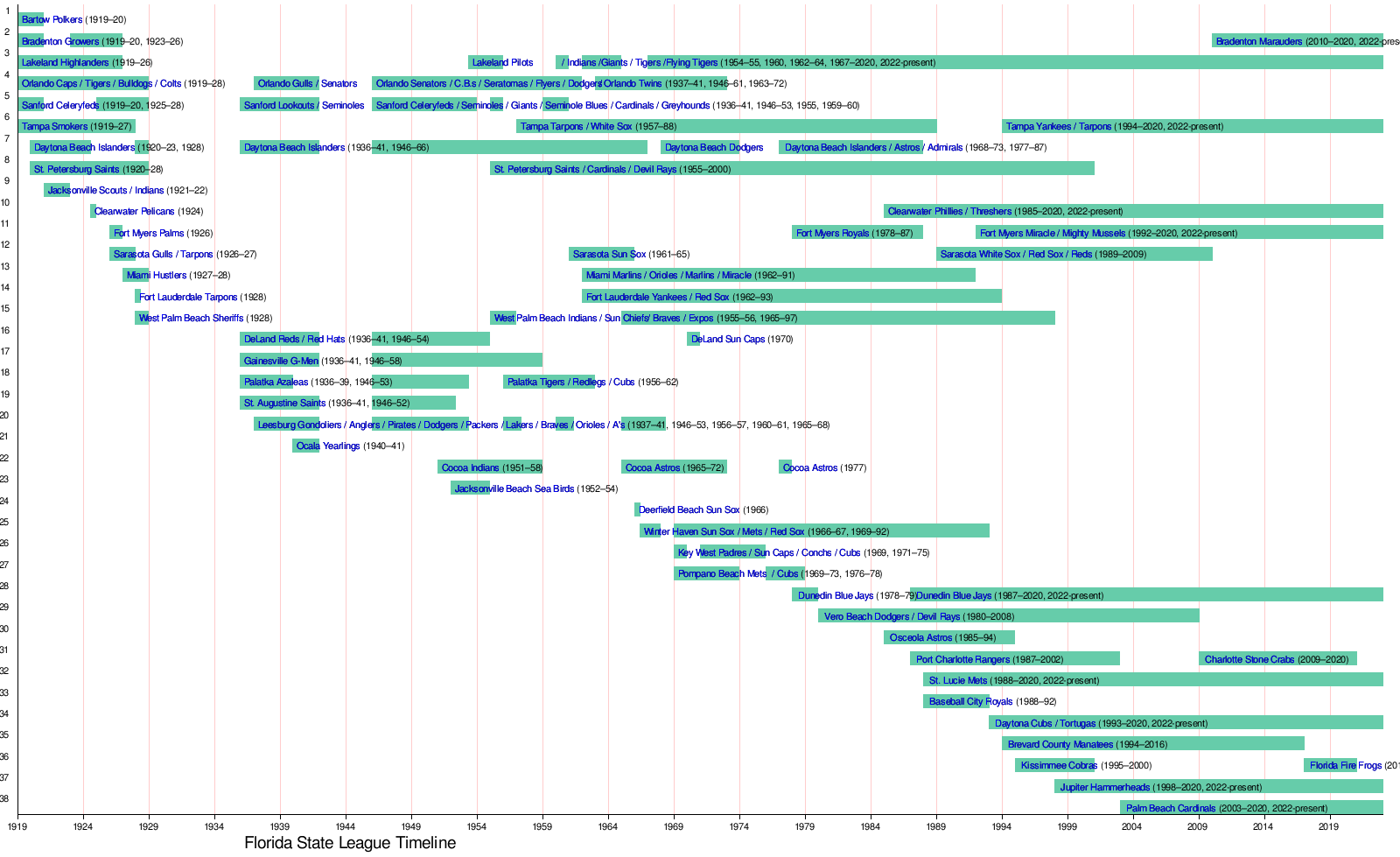