Earl of Albemarle is a title created several times from Norman times onwards. The word Albemarle is derived from the Latinised form of the French county of Aumale in Normandy (Latin: Alba Marla meaning "White Marl", marl being a type of fertile soil), other forms being Aubemarle and Aumerle. It is described in the patent of nobility granted in 1697 by William III to Arnold Joost van Keppel as "a town and territory in the Dukedom of Normandy."[1]

Aumale was raised by William the Conqueror into a county for his half-sister, Adelaide, and in England translated to an earldom for her husband and their descendants. The earldom became extinct with the death of Aveline, daughter of the 4th earl, in 1274. The title was twice raised to a dukedom, in 1385 and in 1397, before being recreated as an earldom in 1412 for Thomas, 2nd son of Henry IV.

In 1660 the title, anglicized as Albemarle, was revived in the peerage by King Charles II for General George Monck, who became Duke of Albemarle. The title became extinct in 1688, on the death of Christopher, 2nd Duke of Albemarle.[1]

See Counts and Dukes of Aumale 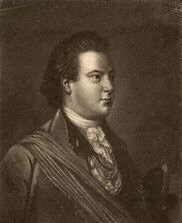 In 1697, King William III created his Dutch favourite Arnold Joost van Keppel Earl of Albemarle in the Peerage of England. He was made Baron Ashford, of Ashford in the County of Kent, and Viscount Bury, in the County of Lancaster, at the same time.[1] The motive for choosing this title was probably that, apart from its traditions, it avoided the difficulty created by the fact that the Keppels had as yet no territorial possessions in the British Islands. Lord Albemarle was succeeded by his only son, the second Earl. He was a general in the army and also served as titular Governor of Virginia and as Ambassador to France. Albemarle County in Virginia is named in his honour, even though he never set foot in North America (but, instead, saw plenty of "North Britain" after the Battle of Culloden in 1746). He married Lady Anne Lennox, daughter of Charles Lennox, 1st Duke of Richmond, illegitimate son of King Charles II.

His eldest son, the third Earl, was also a successful military commander, best known as the commander-in-chief of the invasion and occupation of Havana and west Cuba in 1762. He was succeeded by his son, the fourth Earl. He served as Master of the Buckhounds and as Master of the Horse. His second but eldest surviving son, the fifth Earl, was also a soldier and fought at the Battle of Waterloo at an early age. He later represented Arundel in the House of Commons. He was childless and was succeeded by his younger brother, the sixth Earl[2] who lived on his estate at Drumsna in County Leitrim, Ireland, for much of his life. He also fought at Waterloo in early life and was later promoted to general. Albemarle also sat as Member of Parliament for East Norfolk and Lymington.[3]

His only son, the seventh Earl,[4] was a soldier and politician. At first a Liberal, he held minor office under Lord Palmerston and Lord Russell from 1859 to 1866. In 1876, he was summoned to the House of Lords through a writ of acceleration in his father's junior title of Baron Ashford. He had previously joined the Conservative Party and served under Benjamin Disraeli and Lord Salisbury as Under-Secretary of State for War. He was succeeded by his eldest son, the eighth Earl. He was a colonel in the army and also briefly represented Birkenhead in Parliament. As of 2017[update] the titles are held by his great-grandson, the tenth Earl, who succeeded his grandfather in 1979. Lord Albemarle is also in remainder to the ancient barony of de Clifford as the great-great-great-great-grandson Elizabeth Southwell, daughter of Edward Southwell, 20th Baron de Clifford and wife of the fourth Earl of Albemarle.

The heraldic blazon for the coat of arms of the Keppel family is: Gules, three escallops argent.